Members of Junts in favor of leaving the Government and staying in it have already begun to campaign for the internal consultation this Thursday and Friday, waiting for the position finally adopted by the Secretary General, Jordi Turull, once the President, Laura Borràs, without giving an explicit response, has been very belligerent against, even, the very continuity of a Government, which she has branded as "fraudulent" and "illegitimate". 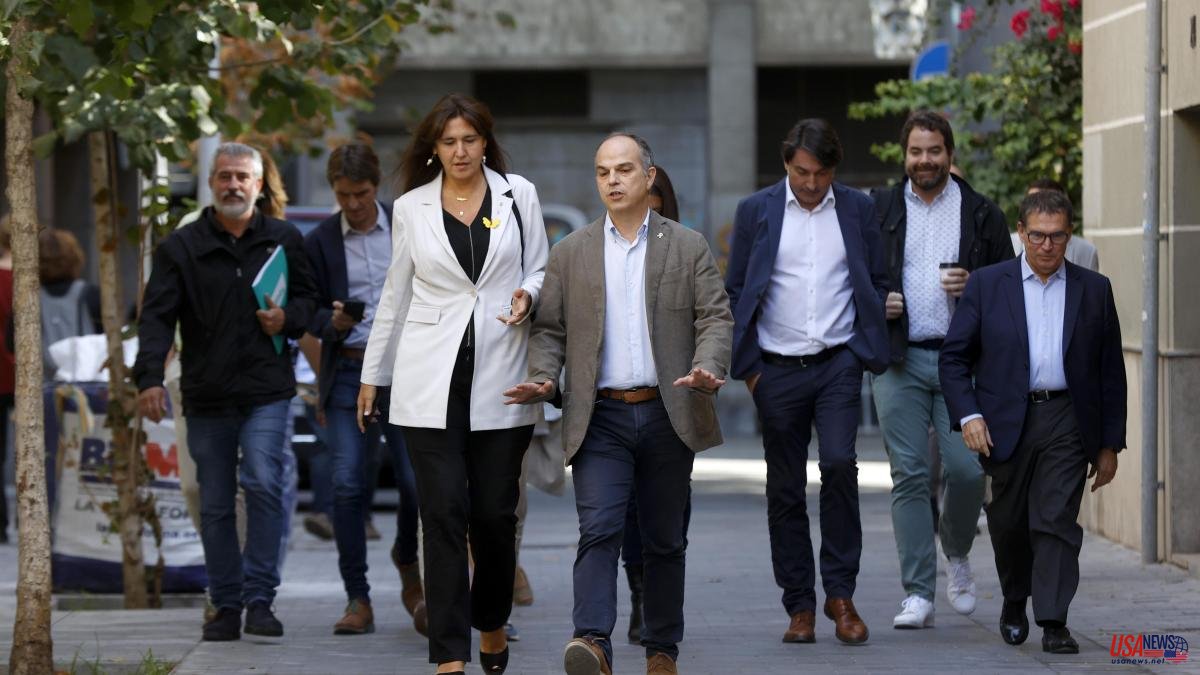 Members of Junts in favor of leaving the Government and staying in it have already begun to campaign for the internal consultation this Thursday and Friday, waiting for the position finally adopted by the Secretary General, Jordi Turull, once the President, Laura Borràs, without giving an explicit response, has been very belligerent against, even, the very continuity of a Government, which she has branded as "fraudulent" and "illegitimate".

Several party leaders, most of them aligned with Borràs and Carles Puigdemont, have spread messages on Twitter or have retweeted slogans to vote no in the consultation that will ask the militants if they want "Junts to continue being part of the current Government".

The former president of the Generalitat and of the party, no longer in charge in the executive, but still with influence, has shared a tweet by Neus Torbisco, from the direction of the Consell de la República, in which he uses the expression "pacta sunt servanda" ( the agreement is binding) and affirms that “confusion and political disagreements require acts of clarity”. "That citizens do not vote deceived again," he added, which indicates his inclination towards no. Jami Matamala, close to Puigdemont and who has accompanied him many times abroad, has announced that he will also vote against remaining in the Government.

In statements to TV3, Borràs, without being explicit, has shown signs of his willingness to leave the Executive: "ERC does not comply and, what is worse, it tells us that it does not intend to comply". She has described the current situation as a "Government in collision" and has also recalled her refusal to hold a position in the Consell Executiu at the beginning of the legislature.

Some deputies close to the president have expressed themselves along the same lines. Francesc de Dalmases and Aurora Madaula, vice presidents of Junts and of Borràs's highest confidence, have echoed messages published by other parliamentarians (such as Cristina Casol and Salvador Vergés) and affiliates who strongly advocate a breakup of the coalition.

Some militants, in fact, are spreading a manifesto with various arguments to oppose maintaining the relationship with ERC. The deputy Jaume Alonso-Cuevillas already announced yesterday that he was leaving the electoral union of the consultation to campaign for no.

On the other hand, there have also been some voices that have already been mobilized to convince the militants that the best option is to continue in the Government. Ministers Jaume Giró and Victòria Alsina have been repeatedly in favor of continuity, as well as various senior officials of the Generalitat.

In a message on Twitter today, the head of Foreign Affairs has argued that "giving up being in the Government puts the institutions in the hands of the PSC and closes the Catalan folder".

The former general secretary of the formation, Jordi Sànchez, confirmed in an interview this morning on TV3 that he will vote yes: "If Junts leaves, the independence unit will take many years to become a reality again." The deputy Irene Negre, close to Sànchez, has expressed herself along the same lines, assuring in statements to La Vanguardia that she will vote yes because "only from within can we force the ERC to comply with the agreements we have signed, respectfully and demanding ". "It will be a yes not to spoil the work of so many people for many years that has made us get here," she adds.

Other influential members of Junts, such as Xavier Trias and Joaquim Forn, have also called for the party to maintain its government functions. In fact, Trias was yesterday "shocked" by the possible departure of the Government and announced that he was freezing his decision on the candidacy for mayor of Barcelona.