The Beckett room presents a double bill for Christmas, with two works in which humor plays a transversal role, although it is not the only one. 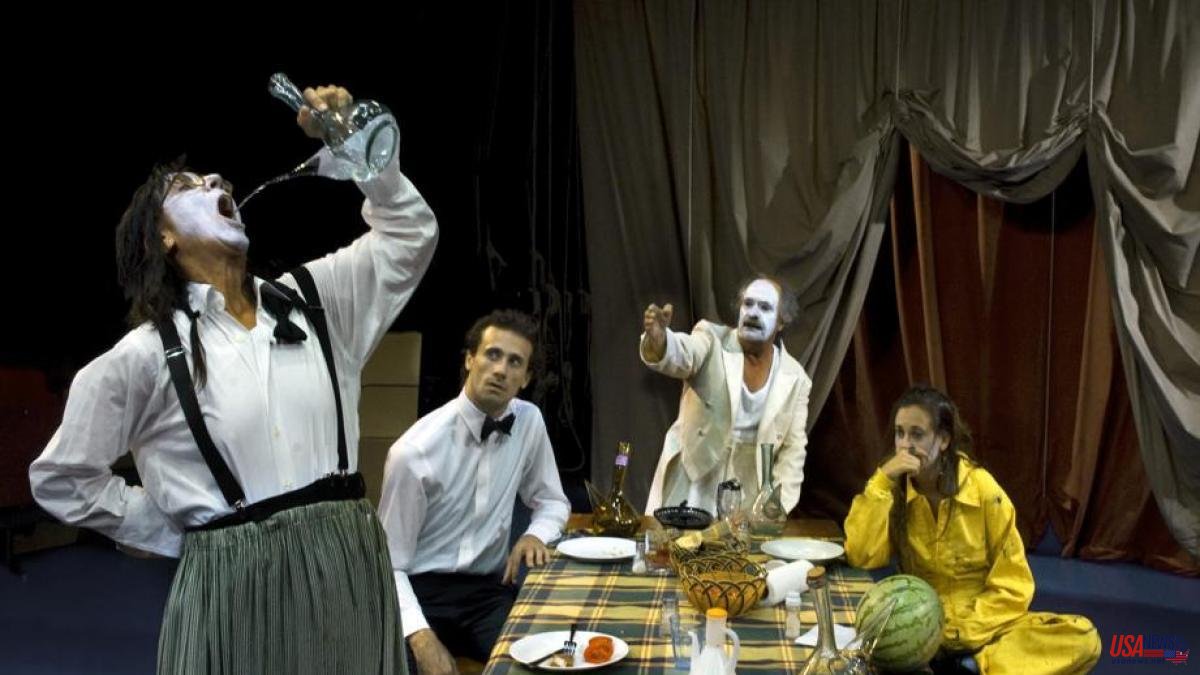 The Beckett room presents a double bill for Christmas, with two works in which humor plays a transversal role, although it is not the only one. On Thursday, The Great Farce (Els jutges no porten botons vermells a la toga) premiered, which had already been seen at the Temporada Alta festival; and from Friday you can see Travy again, by Pau Matas Nogué and Oriol Pla Solina, which returns after a few years of hiatus and which was one of the discoveries of 2018 at the Teatre Lliure.

"The Pla family is a way of living and understanding life," says the director of the Beckett, Toni Casares, in the presentation. At Beckett we needed Travy to get here." And he announces "meetings with theatrical families", pending confirmation.

Travy's approach is a journey through the world of theater based on family experience, from the days of Comediants, in the seventies, "when we worked more together, without the pretense not so much of doing it well, but of having a good time." well”, explains Oriol Pla, responsible with Pau Matas for the dramaturgy. “We wanted to enter into dialogue between different generations, but we didn't exactly interpret ourselves”, he points out.

Regarding Matas, "he's like an adopted son," the Pla joke. “We worked a lot with rehearsals – continues Oriol – and he is the one who distanced himself. There are many theatrical languages, such as mime, contemporary dance... ”Matas gives his point of view:“ The play is a tribute to the family, but also to the company. Companies are in crisis, now it is difficult to do big things”.

Quimet Pla and Núria Solina remember how easy it was to do things in those years, when free creativity was the seed of everything and now bureaucracy eats everything up. “Travy is redoing the past, with a vision of the future,” says Núria. Then there were no borders and now there are.

The daughter, Diana Pla, remembers: "When I was little, I believed that we could continue playing in the bars, filling the streets, and now that can no longer be done." Travy is one of the surnames of her mother, Núria: "When the children were little, we used it."

Travy is a production by Bitó and the Pla family based on the original production of the Teatre Lliure. It is directed by Oriol Pla and can be seen in the Beckett room until January 15.

The other premiere at the Poblenou theater is not just a farce, but La gran farsa (Judges don't wear red buttons on their robes), a creation of theater critic Santiago Fondevila, which could previously be seen in Temporada Alta. From the sentence of 1-0, Fondevila wrote this text in writing, which then went through a long preparation process.

“The piece comes out of the indignation and rage over the judgment of the process –explains Fondevila–. It is a farce because it seemed to me that it was the most appropriate way to talk about something that cannot be talked about. It is a bit what happened during the Franco regime. The farce is an exaggeration, a mirror that distorts this reality. When writing, I have created an imaginary country and I have not touched on expressions or things that we know they do not like.

Last Thursday, the day of the premiere, the Constitutional Court threatened to suspend the plenary session of the Congress of Deputies. "Reality insists on making us current," recalls Casares. For the occasion, Ramon Simó was invited to direct the piece, which he summarizes as follows: “They are some gentlemen who are in a prison in the year 2037. A common prisoner and three political prisoners. In the reinsertion process, they are offered to put on a function. They want to explain how the judges treated them at the trial. It is an imaginary country, in an imaginary monarchy”.

Simó has had as references Ubú rey, Alfred Jarry, the Marx Brothers, Monty Python and Ionesco. The great farce (The judges don't wear red buttons on their robes) has four exceptional performers: David Bagés, Jordi Martínez, Santi Ricart and Xavier Ripoll, and can be seen in the Beckett room until January 8.