Ordeal of euthanasia in Portugal

Euthanasia in Portugal is an ordeal, that succession of adversities and sorrows that the dictionary of the language includes as a metaphorical definition. 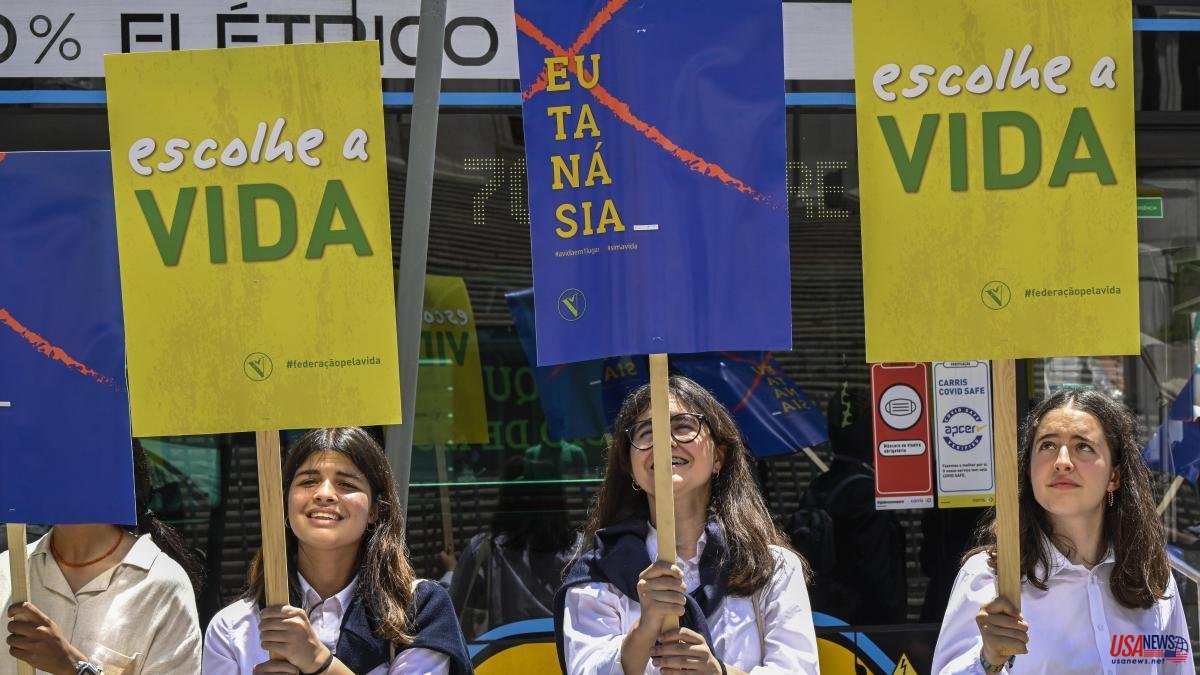 Euthanasia in Portugal is an ordeal, that succession of adversities and sorrows that the dictionary of the language includes as a metaphorical definition. But also, to a certain extent, it is in the most literal sense that the dictionary gives us, in that of the "path marked with crosses or altars, which is traveled by praying in each one of them in memory of the steps of Jesus towards the mountain Calvary".

A clear Portuguese parliamentary majority has already approved the euthanasia law three times, but conservatives and the far-right have so far managed to stop it. Yesterday the great decision of the president, the practicing Catholic and militant Marcelo Rebelo de Sousa, should have taken place.

The head of state had to announce if he resisted more or accepted the entry into force of the law. But an appeal on a formalism presented by the ultra Chega party has delayed the process until at least January 4.

With his mandate emerging from the polls for the second time in 2021, Marcelo Rebelo de Sousa is not a fairly omnipotent president as the French usually are, although Emmanuelle Macron's life has been complicated right now with her parliamentary minority. But neither is he a minor institutional figure like the Italian Sergio Mattarella, a head of state of a parliamentary republic not directly chosen by the citizens.

In Portugal, there is a semi-presidential regime like the French one, with a president voted for by the people and a government that depends on their confidence and that of Parliament, although the Portuguese model is the opposite of the French one.

In Paris, power accumulates in the presidential Elysée Palace, under the ups and downs of the now unfavorable parliamentary situation for its tenant for the first time in a long time. In Lisbon, especially now that the socialist António Costa has an absolute majority, the great center of political command is the São Bento palace, the official residence of the prime minister.

Although it was installed in that palace during the dictatorship, in democracy its location acquired a whole symbolism from the constitutional reform of 1982. It is located right at the back of the Portuguese equivalent of the Spanish Congress of Deputies, the Assembly of the Republic, on which the Government depends much more than on the Head of State.

With the partial emptying of the springs located in the presidential palace of Bélem, in São Bento, among other powers, the so-called atomic bomb remains, consisting of the early dissolution of Parliament, and the last word on the laws.

This competition has become key in an issue as controversial and delicate as euthanasia in Catholic Portugal, even though the faith has a fractured geography, with greater intensity in the north and less in the capital and in the south.

Rebelo de Sousa, Marcelo as the Portuguese know their president, who just before taking office was the most famous television political commentator, can do three things with the euthanasia law. He already used two of them in the previous attempts that Parliament made to move it forward. First, send the text to the Constitutional Court, which overturned it on the first attempt, or apply the presidential suspensive veto. The legislative Chamber can revoke the veto with an absolute majority like the one that has been reached in favor of euthanasia, approved by 126 votes against 84.

Marcelo, a retired professor of Constitutional Law, used it the second time, as it helped him buy time just when the elections were coming up last January, which caused the law to decline. He asked for some clarification on the situation of the patient that the socialists, liberals, the Bloco de Esquerda and the animalists, defenders of euthanasia, consider done.

At the beginning of his two terms, the president broke the tradition that the first trip abroad by a Portuguese ruler was to Spain. Marcelo traveled to the Vatican, a sign of his harmony with Pope Francis and, what is most relevant right now, of his deep Catholicism, practitioner and militant of him.

Clearly he would want to avoid the third option of a president when an Act of Parliament comes before him, to enact it. The only viable alternative option for him right now would be to send her back to the Constitutional Court, to see what happens. Among the objections, he would include the controversial decision of the Assembly of the Republic not to give audience to the parliaments of the Azores and Madeira, dominated by the right. But that bullet may already be spent.

In any case, the suspense continues, due to a last-minute trick found by Chega, the party of the far-right André Ventura, who with an appeal for a formality in the final text forced a new parliamentary debate, initially for January 4 .

El Chega defends a referendum on euthanasia, as does the conservative PSD, the main opposition force, led by Luís Montenegro, who was recently criticized for being soft by what seemed to be his mentor, former Prime Minister Pedro Passos Coelho. He demanded a commitment from the parties contrary to the law to tear it down when the majorities change, which was interpreted as a threat to try to return. Montenegro, which has only been the leader of the conservatives for seven months, turned against him.

Already in 2018 there was a first attempt, which did not prosper in Parliament, for the vote of the communists added to those of the right.

Euthanasia is an ordeal for political Portugal, especially for the right.