Orbán takes his racist speech to the Texas conservative conference

Trumpism, in addition to idolizing Trump, has another hero in Viktor Orbán, the Prime Minister of Hungary, who defends the purity of the race just as the extreme right in the US proclaims white supremacism. 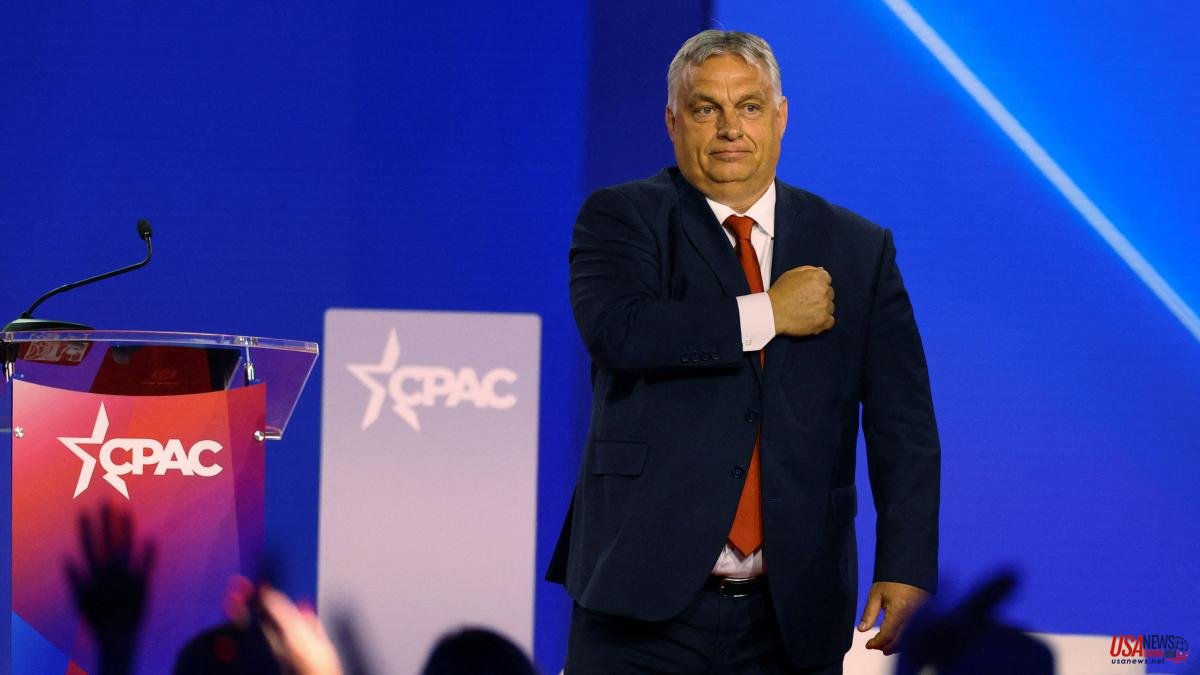 Trumpism, in addition to idolizing Trump, has another hero in Viktor Orbán, the Prime Minister of Hungary, who defends the purity of the race just as the extreme right in the US proclaims white supremacism.

“We must take the reins in Washington and in Brussels,” Orbán said before a large audience in Dallas, Texas, at the annual assembly of the Conservative Political Action Conference (CPAC), which Trump will close today. "Apply your own rules," said Orbán, a phrase that sums up his style of government and that fits with the former president in his attempt to revoke the result of the polls.

The criticism that Orbán received for his speech in Romania a few days ago for his opposition to race mixing turned into enthusiasm in Dallas. There he blamed immigration for splitting the West in two. “Those countries are no longer nations, they are nothing more than a conglomerate of people,” he said. Romania's speech caused the resignation of a close collaborator of the Hungarian.

"Just idiots," he replied in Texas to those who criticized him. His theory coincides with or inspires those who spread the replacement theory in the US, according to which blacks and Hispanics are on the way to expel whites. "They just want us to give up our zero immigration policy," he stressed. The upcoming elections, he continued, "will define the two fronts in the battle for Western civilization." The audience gave him an ovation only comparable to those given to the Trump guide.