The chances that the cargo ships will cross the Black Sea again with grain from Ukrainian ports have increased after the meeting held in Istanbul on Wednesday by Russian, Ukrainian, Turkish military representatives and UN delegates. 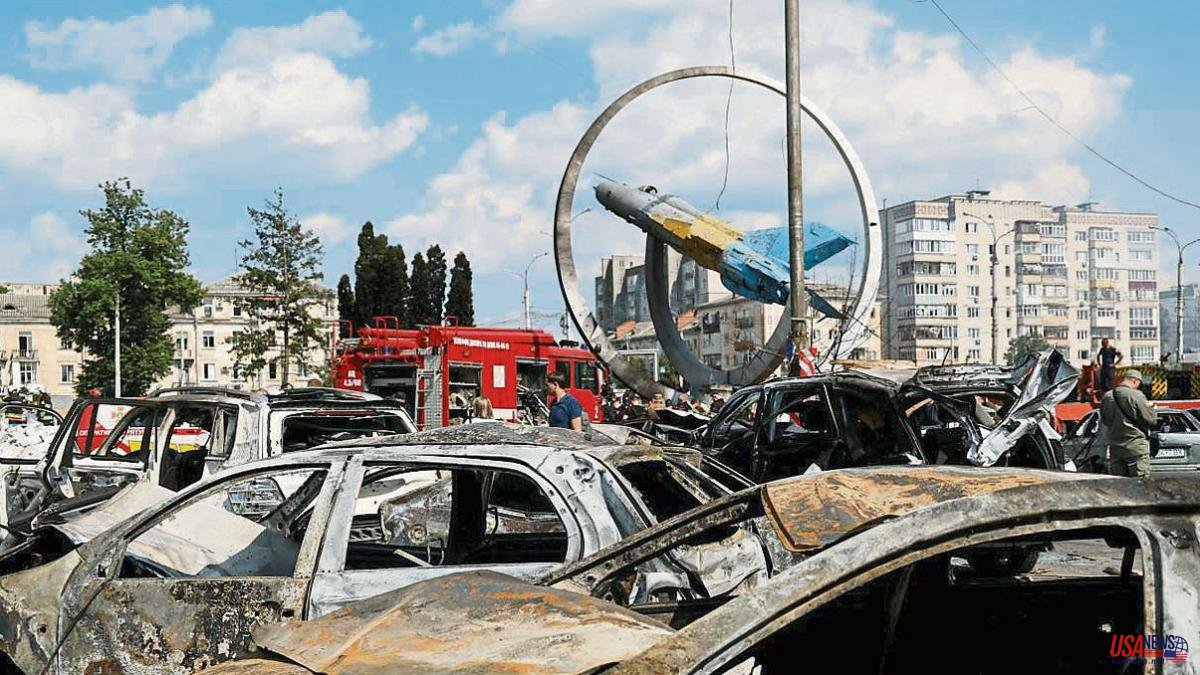 The chances that the cargo ships will cross the Black Sea again with grain from Ukrainian ports have increased after the meeting held in Istanbul on Wednesday by Russian, Ukrainian, Turkish military representatives and UN delegates. It is the most serious advance made to date to break a blockade that threatens to cause serious shortages in various parts of the world, with the danger of famine in African countries.

There could be a final agreement next week, said Turkish Defense Minister Hulusi Akar. The most optimistic messages indicate that the announcement could be made to coincide with a meeting in Tehran on Syria, in which the presidents of Russia, Vladimir Putin, and Turkey, Recep Tayyip Erdogan, will meet.

Both in Moscow and in Kyiv, positive signs were launched yesterday Thursday that would indicate that these hopes are not misguided. At the meeting, held on the European shore of the Bosphorus Strait, "it was possible to formalize some elements for a possible agreement that Russia, Ukraine and Turkey are now discussing in their capitals through their military departments," said the Foreign Ministry spokeswoman. Russian, Maria Zajarova.

Hulusi Akar pointed out that the Russians and the Ukrainians have reached an understanding to carry out "joint checks" on the ports and to "ensure the safety of the routes", that is, create safe corridors for the transport of agricultural products.

The agreement would also imply the creation of a security zone far from the ports but close to the Ukrainian territorial waters, where the cargo of the ships will be inspected. This was a demand from Moscow, which fears that Ukraine will take advantage of the situation to receive weapons. The inspections will be carried out by Turkey and the UN, a source familiar with the negotiations told the Ría Nóvosti agency.

To coordinate and monitor what has been agreed, a coordination center will be created in Istanbul. All this will have to be outlined in a new meeting. The Russian agency maintains that it will be on July 20 and 21.

From Kyiv, the Ukrainian Infrastructure Minister, Olexánder Kubrakov, and the Foreign Minister, Dimitró Kuleba, assured respectively that they are “one step closer to the result” and “on the brink of agreement”.

If this optimism translates into a final agreement, the food crisis could be avoided, which, as the UN has warned, will cause a shortage of grain in the markets.

Western countries accuse Russia of preventing Ukraine from exporting its grain through its ports. Moscow, for its part, accuses Ukrainian troops of being responsible for having mined access to its own ports.

The pact would release the more than 20 million tons of grain blocked in Ukrainian silos, but it would also facilitate the export of Russian grain and fertilizers, which are now scarce on the world market. "We have a ray of hope to alleviate human suffering and alleviate hunger in the world," said UN Secretary-General António Guterres.

Turkey, a member of NATO and with good relations with both Kyiv and Moscow, is becoming the meeting place between enemies. The most promising contacts for peace, although they came to nothing, were held on Turkish soil. Now with the grain, in addition to the negotiating table, he also has means of transportation. Its officials assured that they have 20 freighters in the Black Sea ready to be loaded with Ukrainian cereal.