'Operation Fortune' (★★★), a Guy Ritchie watermark and other premieres

These are the movie premieres that hit the screens starting this January 4:. 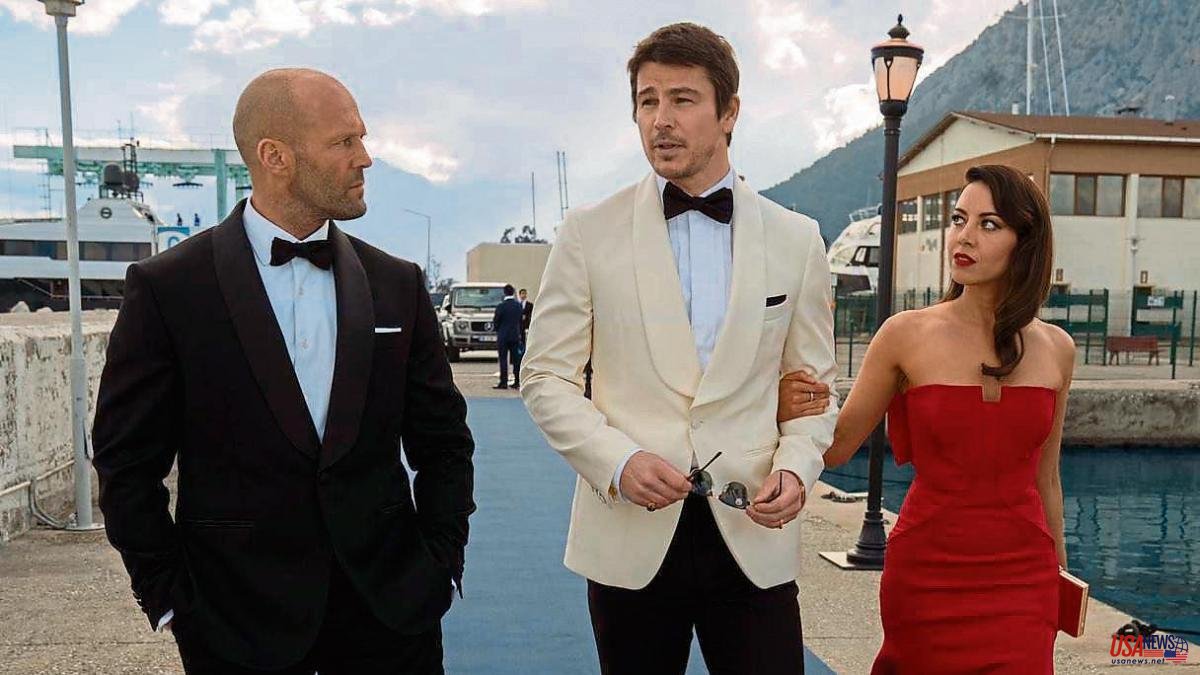 These are the movie premieres that hit the screens starting this January 4:

Guy Ritchie already has us accustomed to offering us one of lime and another of sand. Sticking to recent years, we note that the excellent Operation U.N.C.L.E. They were followed by the frightful King Arthur and Aladdin, and after these, the estimable The Gentlemen: The Mafia Lords and the more discreet Awaken the Fury. The law of the pendulum suggested that now it was time for a good movie. And here it is: Operation Fortune: The Great Hoax.

It's clear to Ritchie that canonical spy scheming suits him well. If Operation U.N.C.L.E. was the big screen adaptation of a great television classic from the sixties, his new film is a shameless imitation of the scheme of another iconic series from the same era, Mission: Impossible. Already at the beginning, the mission manager (Cary Elwes) recruits his team in a similar way to Steven Hill in the anthological series.

The main hero and recurring actor in Ritchie's filmography will be Jason Statham, who, although bearing the portentous name of Orson Fortune, is still Jason Statham as always. The relatively original note consists of including a famous actor expert in action movies (a parody and funny Josh Hartnett) in the team to penetrate the circle of friends of the billionaire villain of the show (Hugh Grant), who is a big fan of his, a plot premise curiously similar to that of the recent The Unbearable Weight of a Colossal Talent, Nicolas Cage's latest madness, and which favors some fragments of classic pretend comedy.

From the first impeccably worked-out suspense scene at the Madrid airport, it's clear that Ritchie knows what league he's playing in. With a sophisticated style free of filigree and visual decorations (in this sense, it is the filmmaker's most restrained work), the film alternates moments of tension and those of action with many others in which humor stands out (the best are the duels verbal, awash with sarcasm, between Elwes and Statham) and ends up providing a tonic pleasure: the pleasure of telling a story in a fluid and effective way. Let's take it as a generous and refreshing appetizer of the great banquet that Tom Cruise/Ethan Hunt will offer us next July.

At the center of every political thriller, like this Hunt. Hunt the spy, the obsession with lies nests. Let's think of titles as different as The Spy Who Came in from the Cold (1966), in the midst of the Cold War; The lives of others (2006), in the midst of a divided Germany, or Network of lies (2007), with the CIA further messing up the situation in the Middle East. In all of them someone has deceived someone and we do not know who or why. Stories with traitors, hidden agendas and renegades, with historical backgrounds, are a puzzle to unravel, and this directorial debut by Lee Jung-jae, the star of the famous series The Squid Game, is no exception...

Although here the riddle, based on the recent history of South Korea, ends up being a maze. Accentuated, in addition, by the presence of protagonists in eternal gray suits and perfect haircuts, too similar to each other for a western eye little trained in oriental features. Let's stop for a moment to look for the historical reason for the messy size, in Google, where else? The hunt for the spy takes place in the early eighties, in South Korea, after the assassination of President Park Chung-hee, replaced by the supposed Democrat General Chun Doo-hwan, who caused the Gwagju massacre, with hundreds, thousands of deaths. behind their backs. Follow me? Well, in the midst of this convoluted historical picture, with the protest in the street, we ask ourselves: who betrays whom?

A gibberish of ambiguous situations, without heroes or villains, which finds its raison d'etre in magnificently orchestrated action scenes. Korean cinema in all its splendor in some exciting and well-resolved set pieces, which we would say as a specialist. Where violence is not spared (nor the touches of torture). We can say that Jung-jae, the hero of the squid, squeezes all the ink out of him in this accelerated and macabre dance, with hardly any respite, of spies in action.

A genius of Japanese cinema, Akira Kurosawa (1910-1998), creator of Rashomon, was marked at the age of 20 by the suicide of a brother. In 1952 he filmed Ikiru, a masterpiece about an official immersed in the bureaucracy until cancer confronts him at the end of his life. At a dinner the filmmaker Oliver Hermanus came up with the idea to revive the subject with the veteran and award-winning actor Bill Nighy. He plays an official who in London in 1953, still devastated by the ravages of war, lives submerged in bureaucratic paperwork until he is told a medical diagnosis that can completely alter his existence. Bill Nighy squeezes all the juice out of him in this figure who decides to cling to life.

The best film of the week will have to be looked for with a magnifying glass on the billboard, but it's worth it: a classic of Portuguese cinema, an exponent of modern cinema from the sixties on the European continent, which is a hymn to the city of Lisbon, widely explored in its poor and rural suburbs (echoes of Pasolini) and in its new architectures (echoes of Antonioni) by a camera that walks its streets with a free spirit and contagious joviality (echoes of the "nouvelle vague"). Thrilling.

Sentimental story of a girl on horseback, more friendly than heartbreaking, less tearful than emotional. The kitsch flies over his images of beautiful landscapes and beautiful steeds. However, the wise administration of dramatic moments doses the danger of excess. The narrative machinations refer to that distant Fire of Youth (1944), starring a childish Elisabeth Taylor and, as in that one, finds its emotional catharsis in the fervor of the young lady for her mount and her raison d'être in some noble horses that run trotting, never galloping. Like the same drama, actually, contained and beautiful.

Actress, screenwriter and director who won a César for Best Short Film, Lauriane Escafre and her accomplice Yvo Muller turn to feature film with this somewhat dreamlike comedy about the erratic life of the María of the title. A married woman tired of the boredom her husband produces and who works as a maid. One day she receives the news that she has been hired to be at the School of Fine Arts. Her life will take an unexpected turn: a love affair awaits her there. It seems like a fragile argument, but the story runs through close and emotional terrain, especially thanks to the performance of Karin Viard.

If we were to sell "M3GAN" like they do in Hollywood, it would have to be said that we are looking at a cross between the Terminator and the series about the murderous doll Annabelle, enhancing the horror with a little chainsaw and references to Chucky. The starting point, with an orphan girl in charge of her young aunt, a specialist in robotics, allows a certain comment on this society of children lost in front of the computer. Pure cliché. The thing is no more than an excuse to start the party of horror. But "M3gan", in his correction, is not so thug as to make us blush or so wild as to shock us.