One year after the pardons

Learning to be free is very easy, notes the former Minister Josep Rull, looking back at the last twelve months. 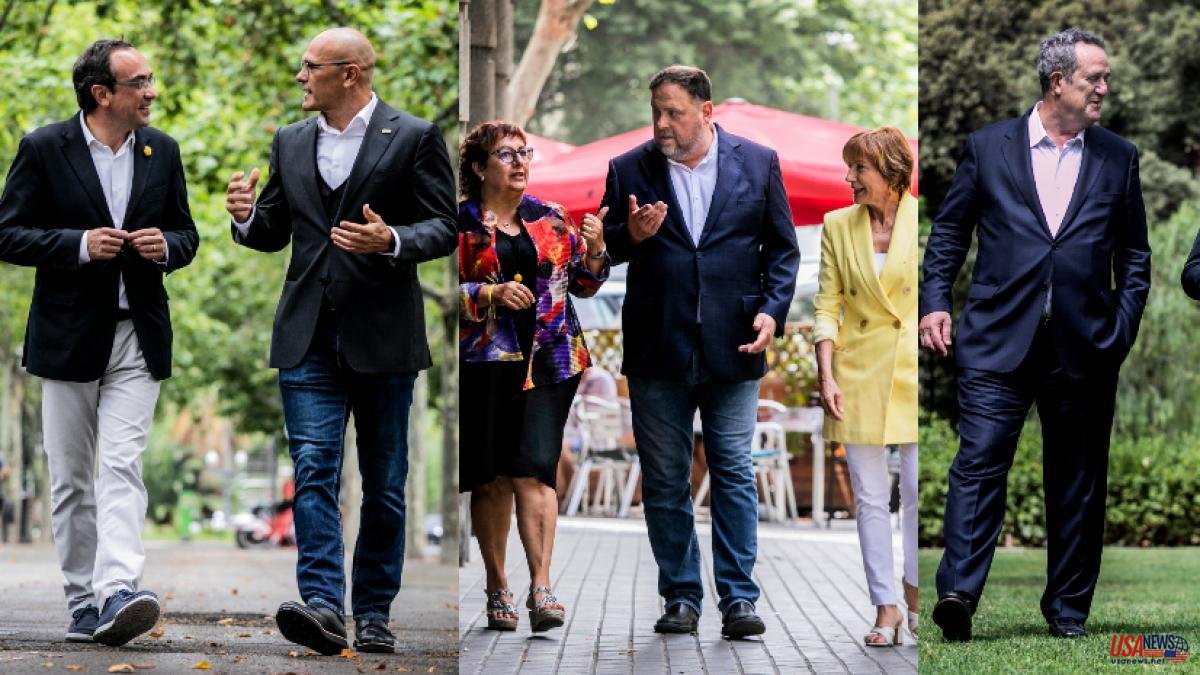 Learning to be free is very easy, notes the former Minister Josep Rull, looking back at the last twelve months. The pardons approved by the Government returned the freedom to the nine leaders of 1-O. A year ago today they left prison, disqualified from holding public office, without the possibility of recovering the almost four years in prison, and partly disoriented before the new normality, the life that had continued its course without them. But free and with lessons learned about time management and things that are worthwhile.

"I said to myself 'when I get out, nothing will give me laziness, no matter what they propose to me'", reflects the former president of Parliament Carme Forcadell. Retired as an official of the Department of Education, she now gives talks on feminism and the reality of women in prison. "I try not to remember prison, but I do remember the girls I met," she says. The first days at home, she left the taps open – “there they close automatically” –, and she has, like many others, the propensity to have the windows open, the blinds up. "In prison she did sports every day and yoga, and I have continued to do so," she says.

"In prison, ping-pong saved my life," recalls former minister Rull, who has joined a club and goes to play one day a week. He works at Mutua de Terrassa and gives lectures. And he has recovered time for his wife and his children. "Prison is a sporadic memory," he says, but the first few days at home he woke up overwhelmed thinking that he had skipped the count.

Upon leaving prison, former minister Jordi Turull practiced as a lawyer. Leaving the office, he was going to fulfill commitments made with the people who sent him letters of support: listen to a choir from Anglesola, have a glass of cava in Figueres... Last week he was elected secretary general of Junts, and his agenda smoke. But now he enjoys walks and spends more time with his family. And he is not overwhelmed. “In prison you learn to be patient and now, for example with traffic, I think ‘how long have you dreamed of being here, standing in line... so calm down,’” he laughs. He has to get new glasses; in prison he stopped using them and has lost his vision.

“I remember prison often. And I have not been able to go back to sleep with the window closed, ”says former Minister Dolors Bassa. She can no longer work as a teacher at the concerted school – payroll is public money – and she waits until she is 65 years old to retire. Meanwhile, she works at a foundation and altruistically coordinates a university postgraduate course in labor mediation. "I go to many events, to talk about repression and the independence movement," she explains. The first thing she did was go by boat and bathe in the Medes. And she has not stopped doing yoga, which she became fond of, now on the beach. Like the other pardoned, she maintains contact with some people she met in prison.

"Prison is very far from me, it must be a defense mechanism," says former minister Joaquim Forn. Already on his leave of absence he began to work in the legal department of Mediapro and is still there. He is also on the board of Òmnium Cultural. “In prison you don't have great desires for when you get out, you don't think about going around the world, you long to be with the people you love. I thought about the hours that I had dedicated in my life to topics that I could have saved and everything that I have missed, ”he notes.

Jordi Sànchez doesn't remember too much about jail either. Secretary General of Junts until last week, he is in charge of the think tank that will think up the new strategy of this independence space. On a personal level, he considers the process of personal and family adaptation closed. “In prison I had a lot of time to read and I thought I could keep up that habit, but the books keep piling up. I continue to enjoy photography, which I already liked before, experimenting and having fun”, he details.

He has also recovered time with his family, especially with his children, the president of the ERC, Oriol Junqueras. A university professor for many years, he cannot work due to disqualification but has returned to the classroom to give lectures, although his main activity is the game.

Neither can ex-conseller Raül Romeva teach at the university, but he continues to write, has defended his doctoral thesis – written in prison – and is dedicated to teaching about the prison system. He has also been able to recover time for his family, his priority.

The businessman and former president of Òmnium Jordi Cuixart is devoted to the international expansion of his company. He today he returns from Switzerland. He has also been able to make up for lost time with his wife and his two young children. He continues to meditate, which is part of his life spirit, but he has also taken up running.