One of Pogba's brothers and three other suspects arrested for blackmail

Mathias Pogba, brother of French international Paul, has been taken into police custody along with three other people as part of the investigation into an extortion of the Juventus Turin footballer, French media reported Wednesday. 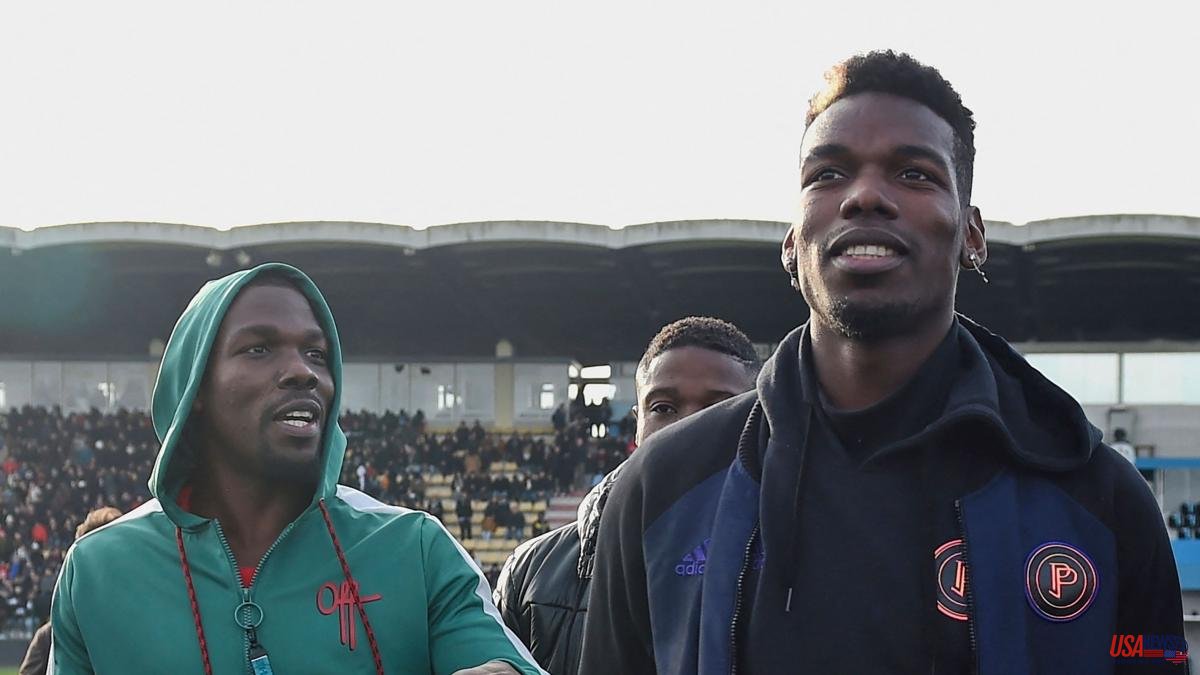 Mathias Pogba, brother of French international Paul, has been taken into police custody along with three other people as part of the investigation into an extortion of the Juventus Turin footballer, French media reported Wednesday. Mathias voluntarily presented himself to the competent authorities and was placed under police arrest, which can last up to 24 hours and is used to question and verify the statements of a suspect.

The French Prosecutor's Office announced at the beginning of the month an investigation on charges of extortion with a weapon in an organized gang, temporary kidnapping for less than seven days to facilitate a crime and participation in an association of criminals to commit a crime.

The case, which has convulsed French football less than two months before the World Cup in Qatar, was made public at the end of August, when Mathias Pogba revealed in a strange intervention on social networks that he had "explosive revelations" about his brother Paul, his lawyer, the Brazilian Rafaela Pimenta, and also about Klylian Mbappé.

According to Mathias, 32, his little brother Paul would have hired a sorcerer for years to cast an evil eye on his French teammate Mbappé. In his social media videos, Mathias claimed to have proof of this without showing it yet.

Paul Pogba, who is recovering from a knee injury, has denied this to French investigators, while Mbappé claimed to have spoken to both Paul and Mathias and said he preferred to stick with his colleague's version at Les Bleus.

The first investigations suggest that people from Paul's inner circle would have demanded 13 million euros, three of them for immediate delivery, during a lock-up in an apartment with several armed men that allegedly occurred last March on the outskirts of Paris.

The blackmailers would have demanded that compensation for having protected the player for years. The midfielder would have delivered 100,000 euros and signed a document in which he promised to pay the rest. The harassment of the 2018 world champion would have also extended to Turin.