One euro and 68 cents, what you save on a basic purchase with the VAT reduction

The more than 19,000 food stores in Spain have now to apply the temporary VAT reduction on essential foods approved by the Government. 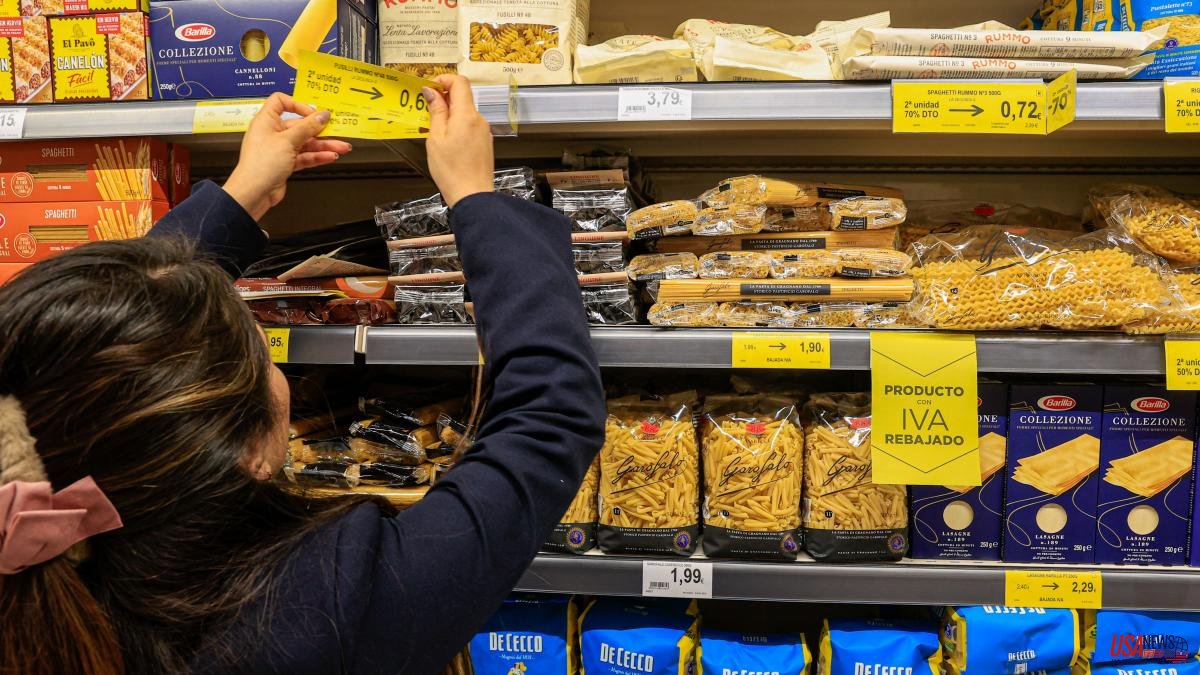 The more than 19,000 food stores in Spain have now to apply the temporary VAT reduction on essential foods approved by the Government. The measure tries to alleviate the sharp increase in the price of the shopping basket last year (the CPI for food reached 15.3% in November 2022) and appease criticism from the opposition, which has insistently called for the abolition of the tax .

From now on and up to a maximum of six months -or until underlying inflation drops to 5.5%-, VAT is abolished on legumes, potatoes and tubers, milk, cheese, eggs, vegetables and fruit, cereals, bread and bread flours. This group of foods goes from being taxed from 4% to 0%. Oil and pasta reduce their VAT from 10% to 5% and the rest of the food, including meat or fish, keep the level of taxes intact and will not have any reduction.

La Vanguardia has analyzed a list of ten staple foods affected by the measure to verify the level of real savings it entails. Thus, the prices of ten Mercadona items (leader in the distribution sector in Spain) have been recorded as of December 31, 2022 and have been compared with the prices of this Monday, January 2, 2023.

In the case of golden apples, the piece was sold in the chain for 0.36 euros, while today it is sold for 0.38 euros. However, the price of December 31 was referred to a piece of 190 grams and that of this January 2, to a larger piece of 210 grams. Something similar happens with pears.

The vast majority of large distribution chains have updated prices downward, as this newspaper has verified. Some small businesses are having more difficulties, according to sources in the sector.

The Government has explained that the CNMC will monitor that the VAT reduction is applied correctly and is not used to improve commercial margins. The consumer organization Facua has denounced that some supermarkets took advantage of the last days of December to increase prices and thus absorb the VAT reduction. "It is also a coincidence that three days after the Government announces the drop in VAT, Carrefour raises the price of a 1-liter brik of Pascual milk by another 15 cents. On Tuesday it sold it for 1.19 euros. Today it is 1.34 euros Just a year ago it was at 89 cents," said its spokesman, Rubén Sánchez, on December 30.

For its part, the OCU has recalled that stores that do not apply the discount correctly can be penalized, reports Servimedia. The employers' association Pimec has requested that the measure be extended to meat and fish as well.