On the front lines of the climate crisis

We remember the climate crisis when summer arrives, when the forests burn and the heat suffocates. 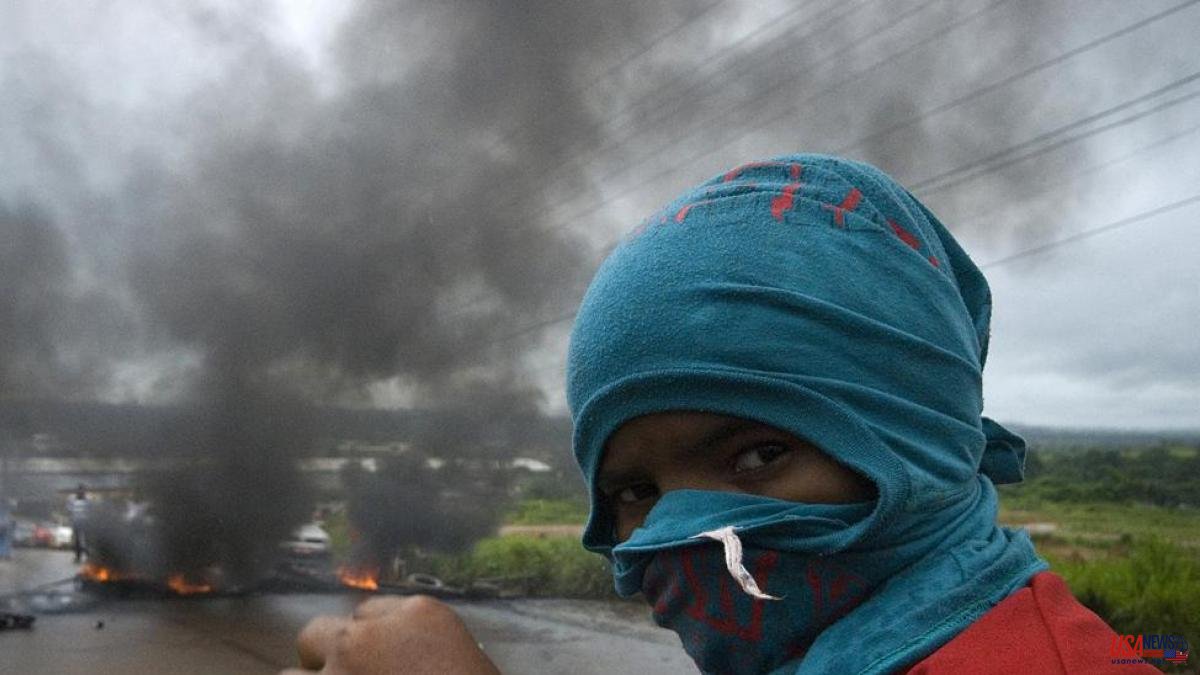 We remember the climate crisis when summer arrives, when the forests burn and the heat suffocates. But in the Amazon, this crisis is a war waged daily for life or death, as a book by Eliane Brum recounts.

Every time summer comes I think that next year I will install the air conditioner. There are the good intentions of the first day of the year and there is also this end of the world feeling of the first week of July. The days when one begins to imagine what life must be like at forty degrees.

The other summer routine is to go to the back gallery in the morning, where there is a sound that takes me directly to childhood. They are the screeches of swifts as they fly over the street at high speed. That and the coming and going of the swallows, who build their nests of mud.

This year has been bad for the back street swallows. They finished the nest quickly. And even the female stayed inside for a few days. But she suddenly she disappeared. I thought it must have been because of the heat. Especially after having read those terrible stories of baby swifts that jump out of the nest without knowing how to fly because they fear that if they stay inside (they were born between the cracks of buildings) they will burn.

Every time summer comes the fires start, the heat rises and the richest part of the planet remembers that it is involved in a war that it wants to forget. Because he knows that it is difficult to win it and there are many interests determined to deny that it exists. And because winning it requires sacrifices that do not seem typical of a rich civilization like ours. The heat will end, the summer will end and the rains will come, each year more destructive. And at one point or another we will delude ourselves again into thinking that one day a tech genius will come along and fix the climate crisis and save us all those sacrifices.

But not everywhere is like that. There are places like the Amazon where the climate crisis is life or death. We hear about it from time to time, especially if the victims are white and “Western”, as happened in June with the deaths of Dom Philips and Bruno Pereira. But that war is fought daily. I have read it in a different and fascinating book, “ Banzeiro Òkòtó ”, by Elaine Brum. In it, the journalist explains her immersion in Altamira, in the state of Pará. In a city where the refugees from the gigantic Belo Monte dam, which has destroyed their livelihoods on the banks of the Xingú, a tributary of the Amazon now turned into a dead river, and the thousands of workers displaced to build it.

Brum is the anti-Bolsonaro, the former military officer whom the interests of agricultural and ranching landowners brought to the presidency in 2019. Jair Bolsonaro is known for having been a denier of the pandemic. But he is also of the identity of Brazilians, questioned by the Pentecostal churches that support him. He also denies the diversity of a country where 49% of Brazilians declare themselves black or mulatto. And of course, he is a denier of the Amazon, which he is taking to a point of no return in the politics of looting. His phrase from 2020 portrays him: “every time more Indian is a human being equal to us (increasingly the Indian is a human being like us).

My initiation to the Amazon is made up of collections of stickers in which ocelots and toucans appeared, of books with illustrations and texts that spoke of “green desert” and “virgin lands”. Now I know that this is an invention of the military that governed Brazil (1964-1985), in a time when messages such as “Amazonia, terra sem homens para homens sem terra” (Amazonia, a land without men for men without land) triumphed. ).

There was no epic in colonizing a land that has been teeming with people for over 10,000 years. It is home to more than 300 native peoples with almost 200 languages. To which must be added the beiradeiros, communities that live on the banks of the great rivers and that were originally sent almost by force to the jungle to collect rubber or nickel. Or the quilombolas, descendants of fugitive African slaves. The Amazon has given refuge to everyone and today they are its best defenders. Not only because it is the lung of the planet, but because that is where its life is.

Authorities from that other world appear on Brum's journey through the jungle, such as Davi Kopenawa, Yanomami shaman and diplomat; Aiton Krenak, a philosopher and indigenous person, or William Balée, an anthropologist who searches the interior of the forest for traces of the “landscapes” built by indigenous cultures. And characters who have survived a life full of violence and forced displacement. Like Otávio das Chagas, who was born on one of the hundred islands of the Xingú River before it was razed to the ground and he and his family were sent to live on the outskirts of Altamira. Like Raimunda Gomes da Silva, who covers the walls of her cabin with the pages of magazines that visitors give them. Or like Maria do Socorro da Silva, a double victim. For being poor and a woman in a world in which women have always had the worst of it.

Those who devour the jungle also appear. The occupants. Garimpeiros, prospectors for gold and precious stones that pollute the waters of the rivers; grileiros, land thieves at the service of ranching interests. And that legion of powerful people that destroys it: hydroelectric plants, mining projects, extensive cattle ranching, large soybean crops, road builders, railway builders...

The Amazon, in reality, is the center of the world.