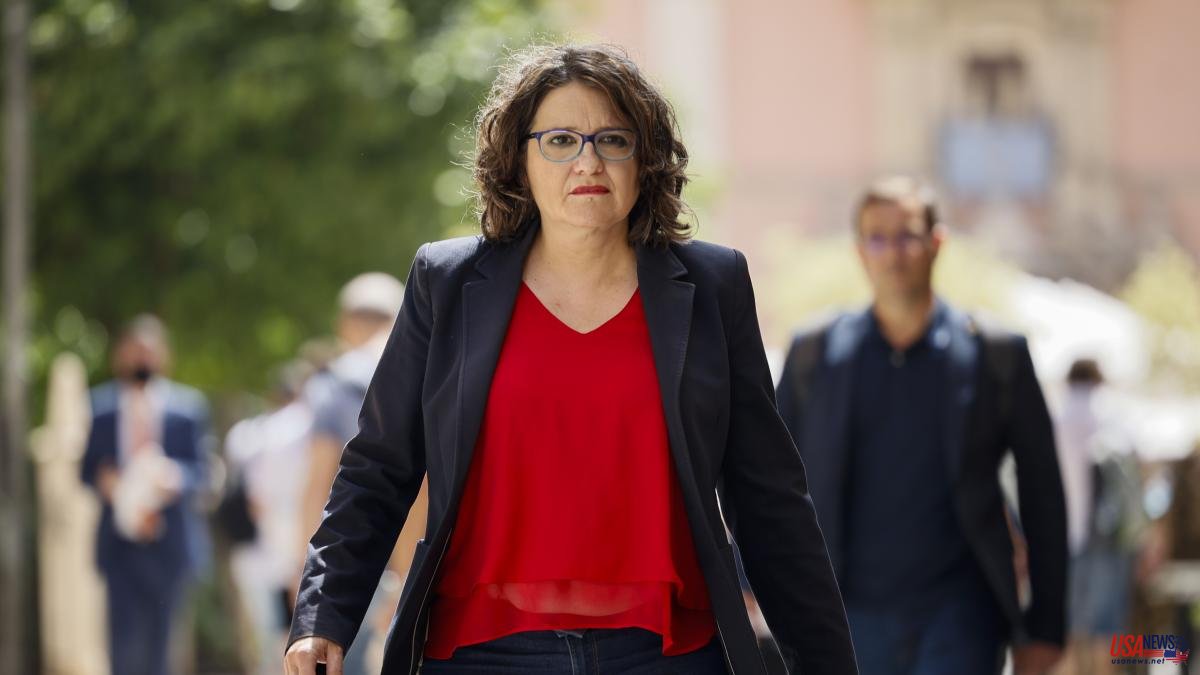 Nonsense, nonsense. This is the definition of stupidity, one of the nouns used this Friday by the spokeswoman for the Consell, Mónica Oltra, to question the abolitionist strategy in terms of prostitution that her government partner and Minister of Justice, Gabriela Bravo, has undertaken. "Confronting regulation with abolition is profound stupidity", Oltra stated during the press conference after the plenary session of the Consell.

The Consell spokeswoman - just one day after coming out in defense of Bravo after increasing (even more) the tension between them due to the statements of the socialist leader inviting her to leave the Government - has assured that on the issue of prostitution, the measures punitive and nominalist debates are useless.

"The broad brush is for painting single-color walls and it is not useful in politics. Because if we mix it all up, we already know that they end up with a confrontation that is very different from the issue being debated," Oltra has dropped.

The president of Compromís has assured that the Valencian Government must not "make despotic decisions", it has to speak with the affected people and "ensure that a norm does not harm the most vulnerable part". She has pointed out that she has indeed met with the sex workers' union.

Without going directly into questioning the measures that Bravo already proposes to fine the whoremongers and to be able to sanction the owners of the establishments where prostitution takes place, Oltra has assured that to eradicate prostitution "more than punitive measures are needed." In this sense, he has cited a study by the University of Barcelona that indicates that the great losers of this type of measure are precisely women.

Going to the bottom of the debate, Oltra has assured that "it is easy to abolish the death penalty, but in the face of complex phenomena that do not depend on putting it on paper, it is better to talk about how than about nominalism." Thus, he wanted to highlight that the Consell has put in place measures such as the Valencian Inclusion Income, which provides for a payment close to the Interprofessional Minimum Wage for women who decide to leave the prostitute or the Alba program, with teams that reach these people and offer them alternatives.

"And that should not be difficult, because the more clandestine an activity is, the more difficult it is to reach these women," she indicated.

All this, in a context where Gabriela Bravo -firm defender of abolition- already signed, last March, a resolution to modify the Valencian law of public shows and recreational activities with the aim of rounding up whores and pimps.

A proposal that Oltra has pointed out that "it has to be studied" and that it understands that it will receive contributions from the rest of the departments that make up the Valencian government.