Oltra proposes that the laundry, kitchen and cleaning service and hospitals and schools be public

"Women do not claim half of the cake but to be part of the cooking process of that cake, of the ingredients that it must have and of how you want to make that cake". 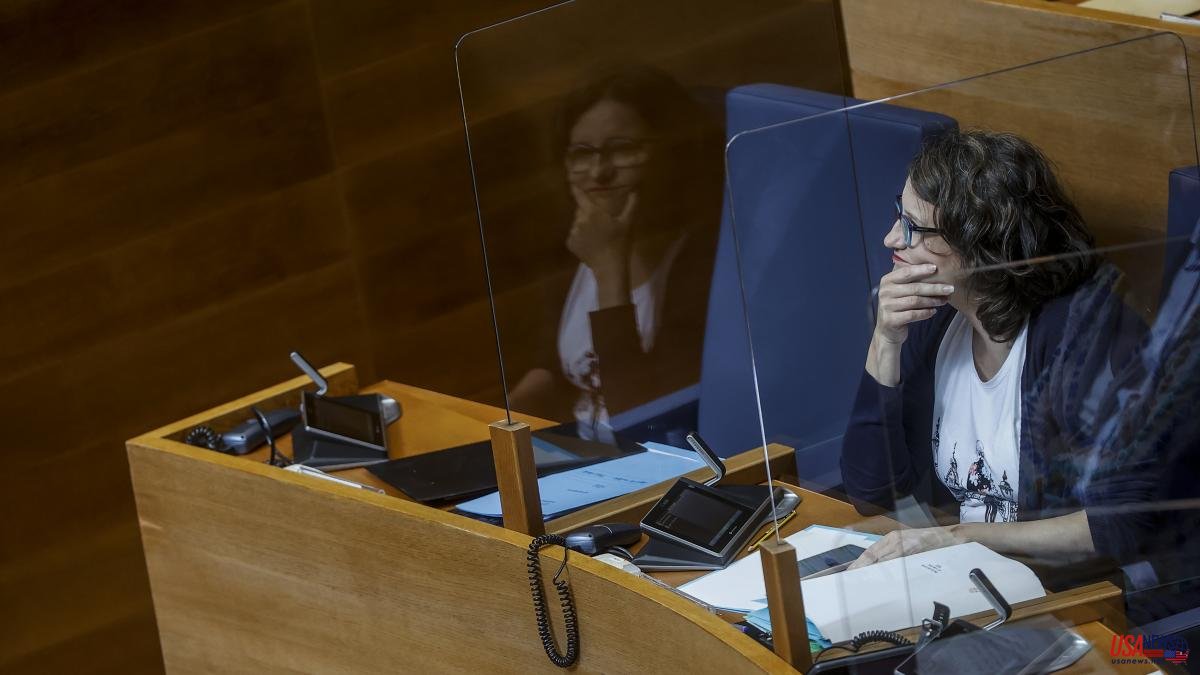 "Women do not claim half of the cake but to be part of the cooking process of that cake, of the ingredients that it must have and of how you want to make that cake". With this metaphor, the first vice-president of the Consell Mónica Oltra presented this Thursday her draft of the Gender Equality Law that, fulfilling the commitments of the second Botànic pact, wants to promote a "paradigm change and feminist transformation of society".

A rule "that is at the forefront of feminism" and that Oltra described as "necessary" after almost 20 years with the text approved in 2003 by the PP which, according to her, "was already born out of date."

However, the leader of Compromís did not dare to ensure that the rule can be approved in the Corts Valencianes before the end of the legislature because it still has to go through a whole process of allegations, reports and procedures.

Aware of all the road that still remains to be covered, Oltra has already slipped that if this legislature is not approved, the next one will be approved, although for this the Botànic will have to win the elections because, otherwise, it seems complicated that a government with presence or influence of Vox will promote this regulation. Gender legislation is the first that the extreme right proposes to repeal.

Regardless of the electoral result, the Equality proposal (Compromís) affects many issues and that it will not have an easy step through the General Directorate of Budgets (dependent on the Ministry of Finance) and that of Public Function (of the department directed by Gabriela Bravo ), both in the hands of the PSPV. "Since the Socialists are a party that considers itself feminist, I don't think there will be problems in promoting this law," pointed out a senior official from the Oltra department.

And it is that the law provides for far-reaching -and controversial- measures such as the rescue of cleaning, laundry and kitchen services (very feminized jobs) of hospitals, schools and social centers. Oltra indicated that she is already applying this issue in the new contracts of her Ministry and defended that the personnel who work in these areas should be considered a public service. However, she assured that the law does not specify how it would assume the increase in the number of public personnel.

The vice president referred to labor law while her department clarified that procedures such as those used to rescue the sanitary concessions would have to be followed. Oltra did not detail how many people this measure could affect and acknowledged that it is not a change that can be undertaken immediately.

In this sense, another of the proposed measures establishes that "companies or entities in the hotel sector that outsource kitchen, cleaning and laundry services may not participate in contracting procedures, nor receive public aid or subsidies." A request that surely bothers the businessmen of Hosbec with whom Compromís maintains a war due to their continuous discrepancies on the tourist tax.

Given the impossibility of forcing companies and following the line used with hoteliers, the regulations, explained Oltra, indicate that companies with more than 50 workers who want to hire or receive public funds will have to publish their salary tables by gender and age . A measure with which it is hoped to combat the gender gap.

The first vice president also announced that one of the proposals contained in the draft is to give tax incentives for those who hire people affiliated with the Special System of Domestic Employees indefinitely.

Oltra explained that the future regulation also challenges men and encourages them to participate more actively in the policies of cures and care. Thus, it is wanted that the hourly reductions for breeding and cures in the Administration of the Generalitat, will be extended by one hour when the person who asks for it is a man. At the same time, a tax credit will be applied to companies that include positive compensation measures for the underrepresented gender.

The Administration is also questioned on this last issue. In this way, it is anticipated that if there is equal training, priority will be given to the underrepresented sex in those bodies, levels and categories of the Administration in which their representation is less than 40 percent. And, when considering the housing norm as a tool against the feminization of impoverishment, it is indicated that the Administration will guarantee women "the preferential right of access to the inhabitants of public promotion." Oltra did not specify how and recalled that the law will have to be completed, after its approval, with regulations that develop it.

Finally, the number two of the Valencian Executive stressed that the proposal affects matters such as health -with the humanization of pregnancy and childbirth or the distribution of menstrual management products in schools- or education -with the provision of affective education -sexual in a regulated way from an early age.