Olona, ​​willing to take "a step forward" if Vox ceases to be an alternative

The spokeswoman for Vox in Congress and former candidate for the Andalusian Government, Macarena Olona, ​​said this Monday that she is willing to take "a step forward" by leading a party if Vox "stops being an alternative", for which she believes that the next municipal elections are going to be "an indicator or thermometer". 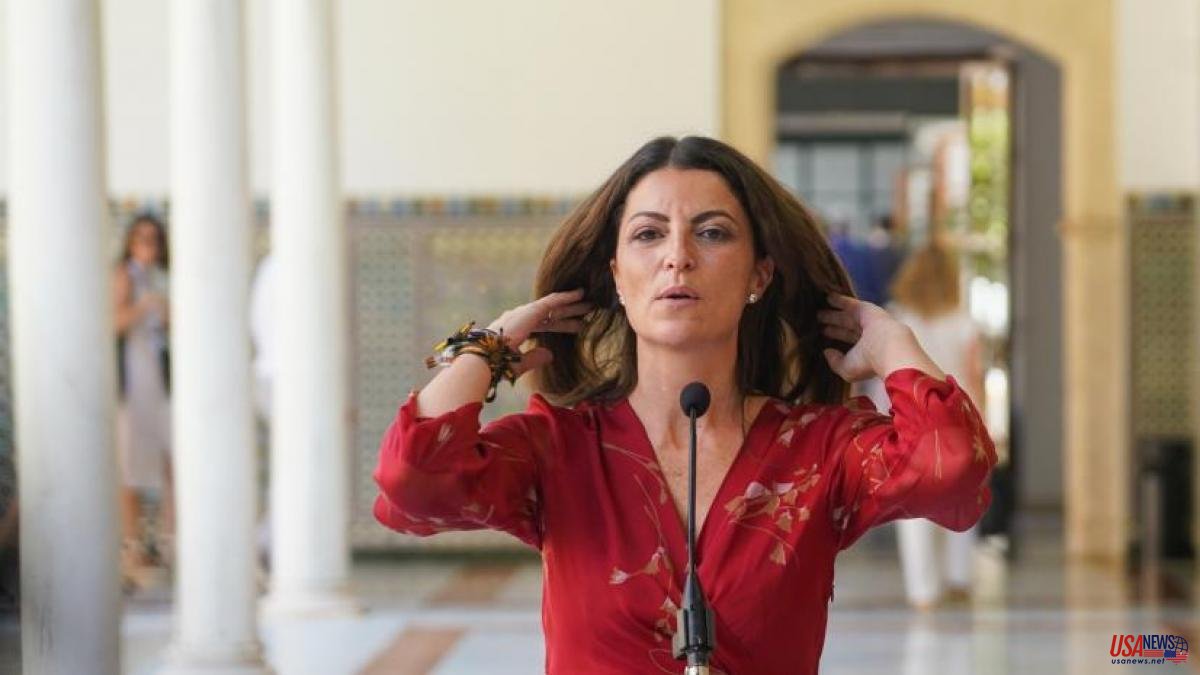 The spokeswoman for Vox in Congress and former candidate for the Andalusian Government, Macarena Olona, ​​said this Monday that she is willing to take "a step forward" by leading a party if Vox "stops being an alternative", for which she believes that the next municipal elections are going to be "an indicator or thermometer".

Olona has assured on Canal Sur Radio that now he is not going to lead a project different from that of the parties that are on the political board, because it would be "irresponsible" to further fracture the scenario, but he has opened the door to study it after the municipal ones, to some general ones: "If necessary, I am available to take a step forward".

He has assured that he has the necessary financing and that many people have asked him to do it, but at this moment it will not be.

She has considered that what is "essential" now is to have "a great vision, a great sense of state and guarantee the governability of the next Government of Spain", a situation in which she believes that if Vox ceases to be an "alternative" she is clear that he wants "to be at the side of the Spaniards and serve the Spaniards".

Olona hopes that it will not be necessary to lead another party but has insisted that when the municipal elections are held "it may be time" to measure whether or not it is convenient to do so. She has assured that there is no conflict or attempt at confrontation and that she is not "the threat in Vox", although she has opined that time puts everyone "in her place".

Vox's reaction to Olona's words was not long in coming. The political spokesman and MEP for the ultra party, Jorge Buxadé, has claimed that the formation is "united" and will "never" cease to be an alternative for the Spanish, despite the fact that he has predicted that the attacks on the party will "intensify" in the coming months in an attempt to consolidate bipartisanship.

"If Vox ever ceases to be a social and patriotic alternative, we ourselves will dismantle this," Buxadé responded, warning, however, that this will not happen because they have made that commitment to the Spanish. In fact, he has insisted that if they ever betray his followers, they themselves will give them "the rope" to "hang" them.

In any case, the leader believes that there is "an evident will" on the part of "certain people" to try to undermine the unity of Vox and the media "incites". As he has predicted, "this is not going to stop because the intention is to consolidate bipartisanship" and prevent Spain from following the path of other European parties, such as Italy with Giorgia Meloni's victory.