With tears in his eyes and very emotional, Olivier Py yesterday ended his stage as director of the Avignon Festival, the largest performing arts event on the continent. 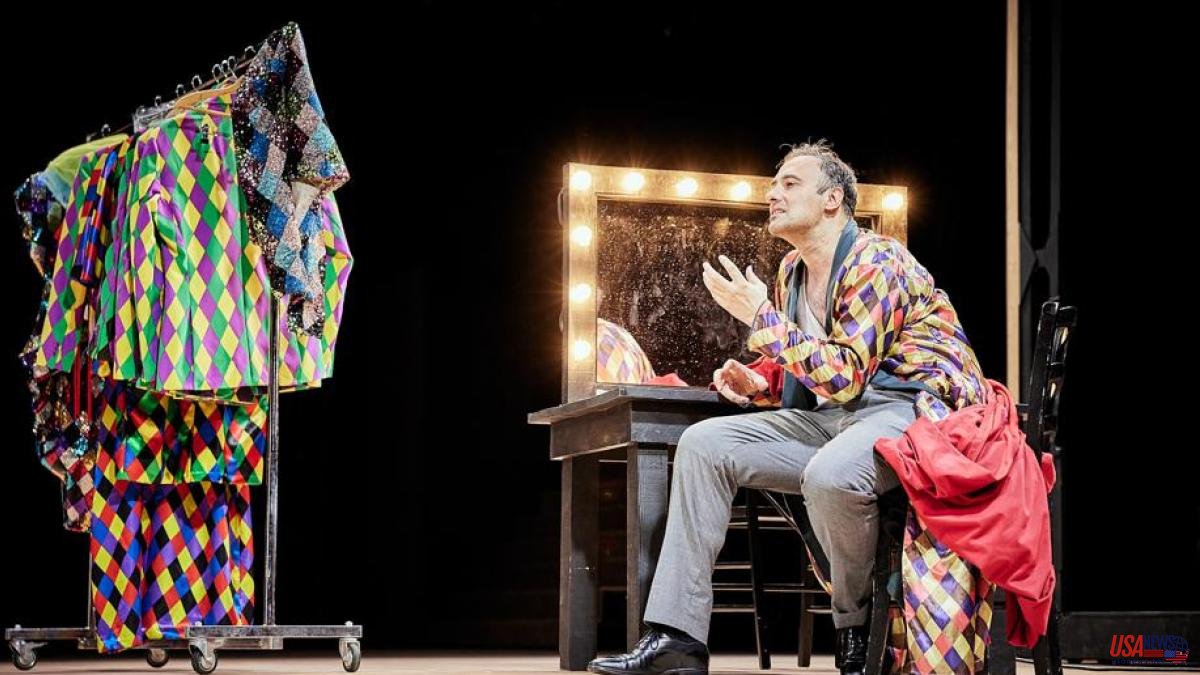 With tears in his eyes and very emotional, Olivier Py yesterday ended his stage as director of the Avignon Festival, the largest performing arts event on the continent. Next to him was Tiago Rodrigues, the man who will take his chair next year. In a very heartfelt letter addressed to the Portuguese director, he recommended that he preserve purity of heart and love of theater above all else, reminding him of all that the position entails (“often you will be alone”) and, above all, that “the festival is bigger than you”.

Py has commanded Avignon with an iron hand, without neglecting any of the conflicts that have shaken France and the world. Yesterday he repeated the phrase that he has quoted the most throughout these nine years: "What happens in Avignon, also happens all over the world." And he made a list of all the causes he's committed to and all the revolutions he's participated in, from green to public. "No one can say that this is a festival dedicated to the elite," she snapped. And so, in his intervention, Rodrigues hammered home the point in reference to Py's “utopia of popular theatre”.

The French director, who premiered a ten-hour show at the Ma jeunesse exaltée festival, and who will be at the Liceu with Manon next spring, has quarreled with many people, but has managed to maintain unity at all times. Neither the strike threats nor the criticism from the nationalists have made him tremble. And yesterday he highlighted the 92% occupancy of the festival as his great card, especially at one time, also in France, where the public has stopped going en masse to theaters and movie theaters.

Young people and the future have been key in recent editions of Avignon. "It's the young people who have gotten the biggest applause," Py said. And so it has been this weekend, for example, with the Belgian Jan Martens, who with Near Future transformed the Cour de Honneur of the Palais des Papes into a dystopia, with twenty dancers and a harpsichord showing us what we have been and where we are going, with little water, alone and in the dark. A great show from a 38-year-old choreographer who has yet to write great pages in Avignon.

In the final stretch of the festival, beyond Py and Martens, the artist who should have aroused the most interest was the Italian Alessandro Serra and his version of Shakespeare's The Tempest. And he did not disappoint. Standing audience at the Saturday afternoon performance at the Opéra Grand Avignon after 100 minutes of performance, the first of which made us believe that we would have a great evening, by solving the Próspero shipwreck with a resource of great beauty visual. However, when it ended we did not know if instead of the story of the exiled Duke of Milan, we had seen a dream of a night of last summer in black and white.

Serra gave us, in 2019, one of the best shows of Temporada Alta, Macbettu. With three badly told tables and with the characters expressing themselves in Sardinian, it brilliantly resolved the Shakespearean drama. He says that he likes the English author because he is "the only one who knows how to manifest on stage all the emotions that govern relationships between human beings." In the case of The Tempest, loading a piece that is, above all, poetic with comedy and turning Caliban into a kind of clown are perhaps not the best solutions. Opinions aside, the public loved it.

As also loudly applauded À ne pas rater (Don't miss it). Nicolas Heredia's work shows that a good initial approach saves you a show, since here everything happens to find out what the public is missing during the hour that they will spend locked up in a theater. Humour, craftsmanship and explosions spice up the show at La Manufacture, one of the trusted venues of Off de Avignon. Was it worth it? Ask the interpreters. Avignon, always.