Although it is apparently difficult to find a destination for Cristiano Ronaldo, who at 37 years of age is required to play in the Champions League next season, it is likely that many teams have come to consider, at least internally, hiring the Portuguese. 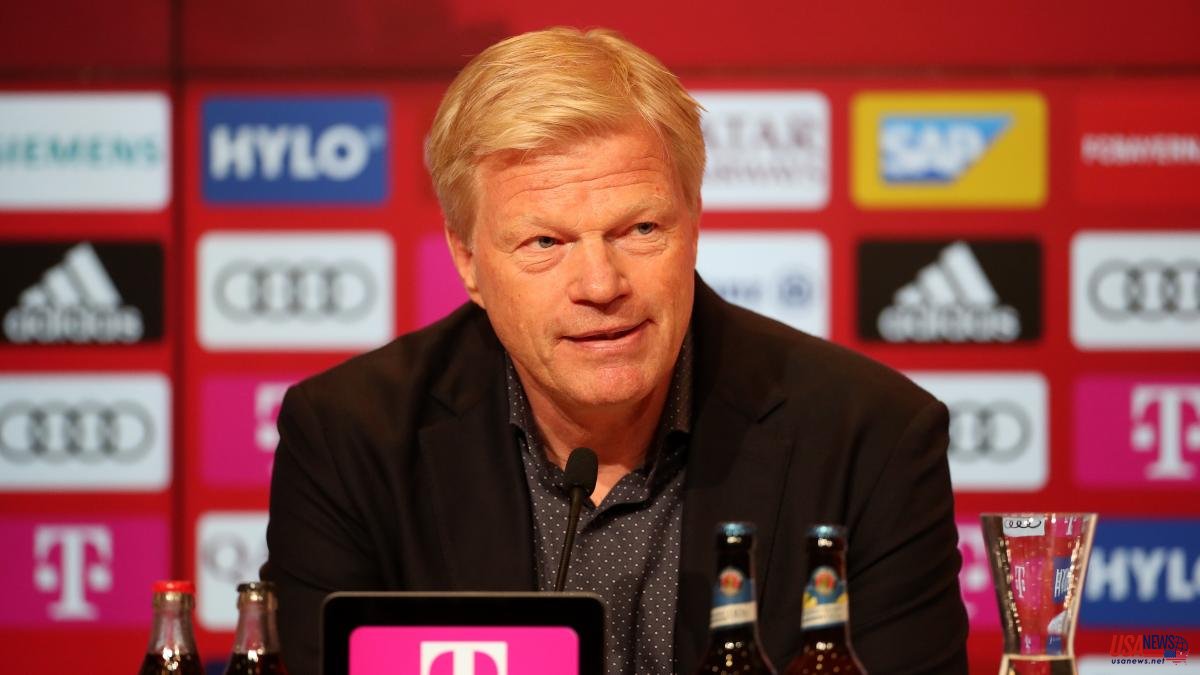 Although it is apparently difficult to find a destination for Cristiano Ronaldo, who at 37 years of age is required to play in the Champions League next season, it is likely that many teams have come to consider, at least internally, hiring the Portuguese. Enrique Cerezo, president of Atlético de Madrid, has been the last to come out to publicly deny the rumors that linked the forward with the rojiblanco club, calling them "inventions" and assuring that it is something "practically impossible". However, at Bayern Munich the signing of him has been considered.

Oliver Kahn, general director of the Bavarian entity, admitted, in statements to the German media Bild, that they have come to internally assess the possibility of signing Cristiano Ronaldo. As he confesses, this discussion arose from an alleged offer that the Bundesliga champions received. In it, the environment of the Manchester United footballer was interested in a move to the German team.

"We talked about it. Otherwise we would not be doing our job well," the legendary German goalkeeper, the third player with the most games played in Bundesliga history, told Bild. In addition, he was full of praise for the Portuguese star, in his opinion "one of the best players on the planet". The reason for discarding the hiring of Cristiano Ronaldo, a market opportunity for a historical figure in the world of football, has nothing to do with the economic or sports section, but with the idiosyncrasies of the club. "We came to the conclusion that it wouldn't fit our philosophy," Kahn explained.

At Bayern Munich, not only could he play in the Champions League next season, but he would also be one of the main candidates to win the competition. The Bavarians conquered the continental crown in 2020 and lost in the quarter-finals last season in a surprising tie against Villarreal. There is no doubt that they will remain in that aristocracy that always opts for European glory. The winning bloc remains intact, Julian Nagelsmann is one of the world's most promising coaches and hunger is never discussed at Germany's most successful club.

However, his transfer policy follows other paths, at least according to the official discourse of the members of the entity. It is true that they have always been characterized as a team that does not make astronomical investments for big stars, but prefers to take advantage of market opportunities, be on the lookout for high-level players who may be released or young people with great projection, and do so your sports project something sustainable.

This summer they are breaking this traditional position and are one of the clubs that have invested the most money so far. Matthijs De Ligt arrived for an amount that, with variables, is close to 80 million euros. Sadio Mané landed for more than 40 million. They also paid nearly $20 million more for up-and-coming Ryan Gravenberch. In any case, the hiring of Cristiano Ronaldo, at 37 years old, collides head-on with the bet that the Bavarians always make for youth and constant renewal.