Oklahoma Governor Kevin Stitt signed a new law on Wednesday that bans abortion in the state from the moment of fertilization, considered the most restrictive legislation in the United States. 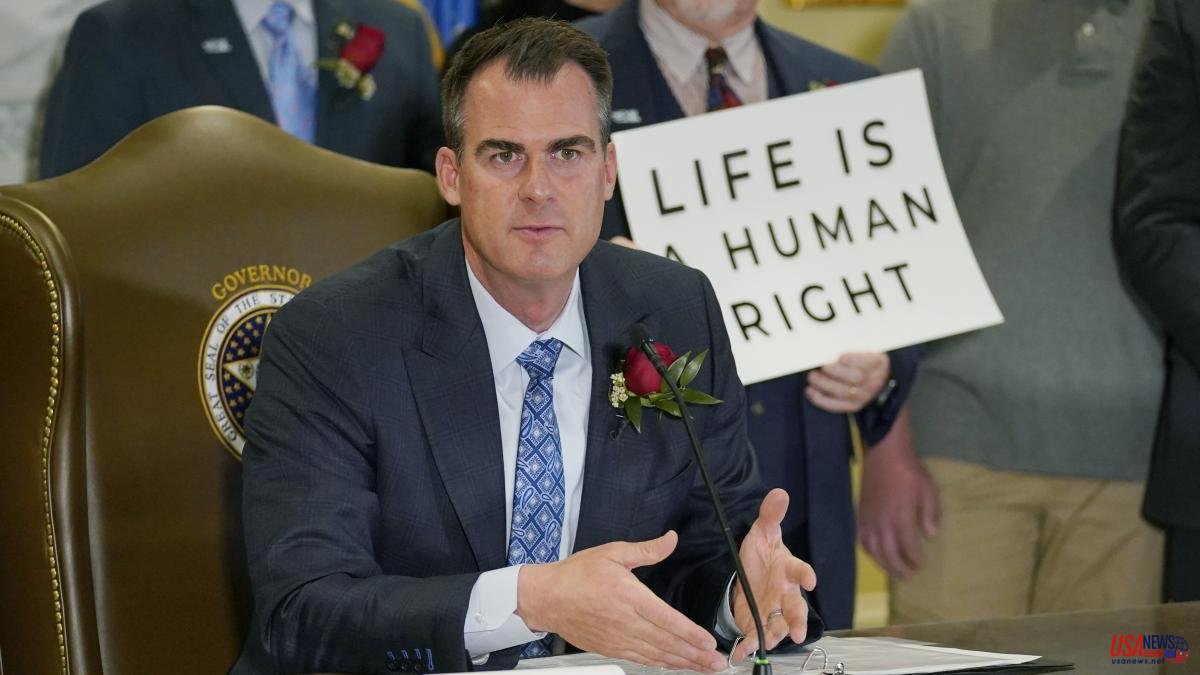 Oklahoma Governor Kevin Stitt signed a new law on Wednesday that bans abortion in the state from the moment of fertilization, considered the most restrictive legislation in the United States. The law, which allows criminal proceedings to be brought against anyone who helps a woman to have an abortion, came into force after the state president signed it.

"Life begins at conception and we have a responsibility as human beings to do everything possible to protect the life of that baby and that of the mother," the governor said in a statement.

The NGO Civil Liberties Union (ACLU) responded in a statement that "no one should be forced to continue a pregnancy against their will" and warned that prohibiting abortion endangers women, who have to terminate their pregnancy outside the health system.

The law, approved by both houses of the state, prohibits any abortion from fertilization, except when the life of the mother is in danger, or when the pregnancy is the result of rape or incest. The new rule takes effect immediately upon the governor's signature. Abortion providers have said they will stop performing the procedure as soon as the bill is signed.

In addition, following the line of the controversial law against abortion approved last year in Texas, the new norm allows citizens to denounce any company or person that assists a woman in the interruption of her pregnancy.

Gov. Stitt, who is seeking re-election in next November's midterm elections, has vowed to sign any law passed by the Oklahoma legislature against abortion. Oklahoma already has a law in place that, like Texas, prohibits abortions from the first six weeks of pregnancy.

In addition, another rule signed by the governor in April and which should take effect this summer, prohibits any interruption of pregnancy, except to save the life of the mother under penalty of up to 10 years in prison for those who perform abortion. This bill contains no exceptions for rape or incest.

The bills are part of an aggressive push in Republican-led states to roll back abortion rights. The ban on abortion in Oklahoma was approved in the expectation that the Supreme Court, with a conservative majority, will overturn in June the Roe versus Wade ruling, which since 1973 protects the constitutional right to abortion throughout the country. A leaked high court draft suggests the justices are considering overturning the doctrine's landmark decision that legalized abortion nearly 50 years ago.

Civil society organizations estimate that at least 26 of the country's 50 states, governed by conservatives, will ban abortion once the Supreme Court issues its ruling.