Chelsea have made official the signing of left-back Marc Cucurella, 24, who belonged to Brighton. 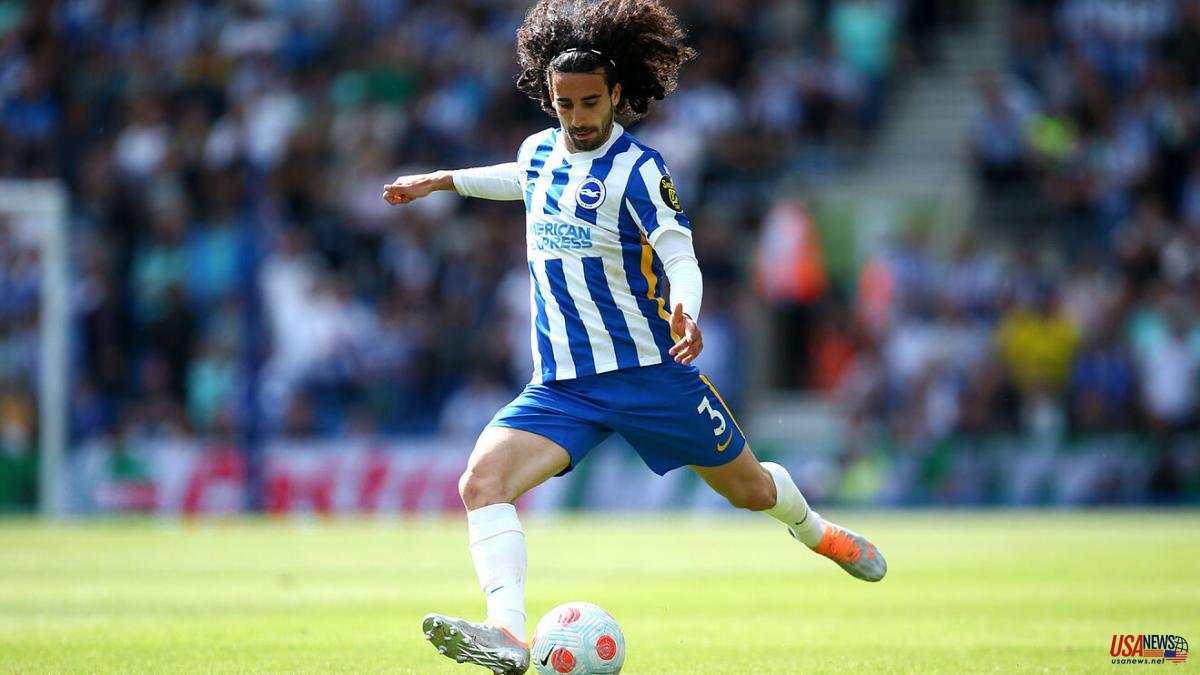 Chelsea have made official the signing of left-back Marc Cucurella, 24, who belonged to Brighton. The operation has been closed, according to English media, in about 55 million pounds (about 65 million euros) fixed, plus 7 in variables (about 8 million euros).

The transfer of Cucurella from Brighton to Chelsea is the second largest of the summer in the Premier League, only surpassed by the signing of Darwin Núñez by Liverpool (75.25 million euros), and even ahead of the purchase of Erling Haaland by Manchester City to Borussia Dortmund (60 million).

According to BeSoccer, Cucurella is the most expensive left-back in the world, surpassing Benjamin Mendy's €57.5m transfer from Monaco to Manchester City in 2017.

"Following numerous media reports this week, we can confirm that an agreement has been reached with Brighton Hove Albion for the signing of Marc Cucurella," Chelsea said on social media.

The story of Marc Cucurella is a reflection of the ups and downs of football, the lousy eye of some coaches and the enormous inflation of the market.

The Alella winger started playing futsal in his town, he was signed by Espanyol, where he stayed for six years, and Barça stole him for the youth team in 2012. He made his debut with the first team at the Blaugrana club in October 2017 in the Copa del Rey -he played 7 minutes against Murcia-, led by Ernesto Valverde, but the coach from Extremadura rejected him. He preferred Miranda (now at Betis) and Cucurella did not play again for a minute, nor was he called up, with the first team, at that time with Jordi Alba and Lucas Digne on the left side.

Then began a long journey, bizarre, in search of accommodation in the elite, with the hope of being picked up one day by Barça, who no longer wanted him. In fact, he loaned him to Eibar (August 2018) for a purchase option of 8 million; the following year Eibar bought it for 2 million and less than two months later (July 2019) Barça bought it back for 4 million, and two days later, gave it to Getafe with a purchase option. The Madrid club made it effective a year later (June 30, 2020) for 10 million euros. With the azulones he played two seasons, until he was transferred (August 31, 2021) to Brighton for 18 million.

At the southern English club, with whom he signed until 2026, he only played last season, in which he played 38 games and scored one goal, being named the best club player of the season by the fans and his teammates. His good performances aroused the interest of Pep Guardiola for City and Chelsea, who have competed to sign him, until he ended up being taken by the London club.

In just four years, Cucurella has gone from costing €2m to being valued at a maximum of €73m as the most expensive left-back in the world. And Barça is still looking for a replacement for Jordi Alba for the left wing.