Of Richarlison's goals against Bolsonaro

With two goals in the match against Serbia – one of them a spectacular overhead kick – Tottenham center forward Richarlison de Andrade has not only helped Brazil advance to the second round of the World Cup in Qatar. 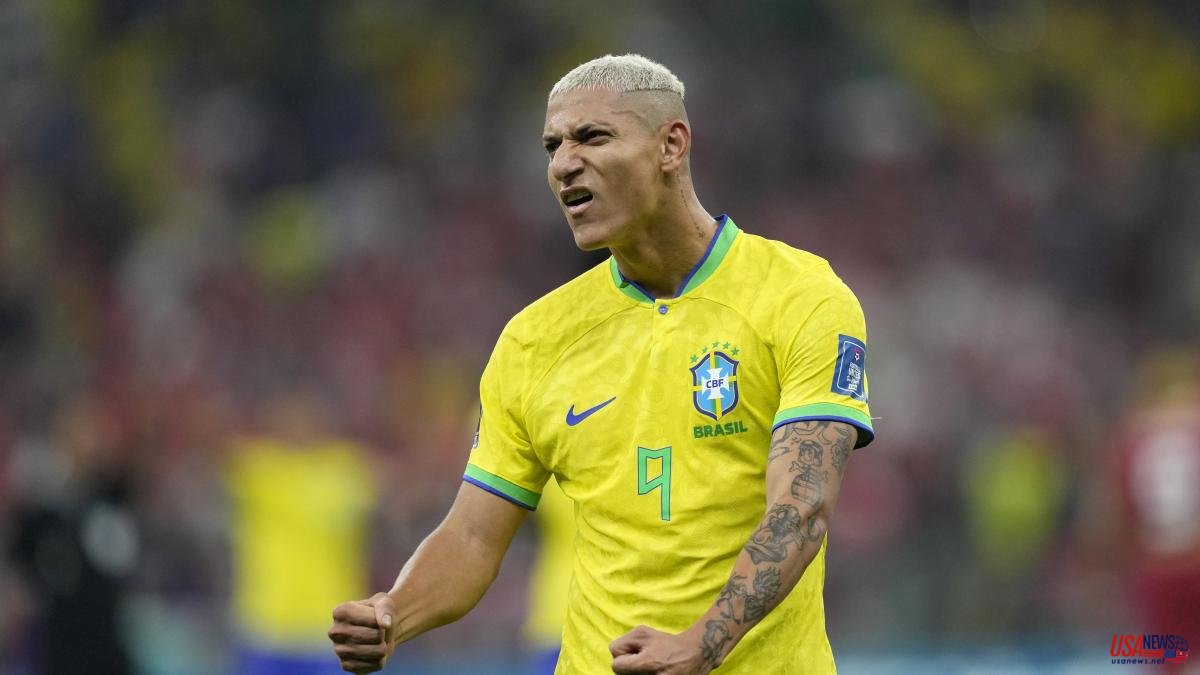 With two goals in the match against Serbia – one of them a spectacular overhead kick – Tottenham center forward Richarlison de Andrade has not only helped Brazil advance to the second round of the World Cup in Qatar. He may also have helped move Brazil without coup attempts, and in a less polarized environment, towards a new government led by Luiz Inacio Lula da Silva.

Born into an Espiritu Santo family on the Brazilian coast in 1997 and trained as a footballer at the Fluminense club in Rio before crossing the Atlantic to the premier league in 2017, Richarlison is one of the few players on the national team – the other being Everton Ribeiro - that publicly rejects Bolsonarismo.

He has criticized Bolsonaro's attempt to hijack the team's revered yellow-green jersey, which, along with the national flag, is already worn at all Bolsonaro rallies in favor of a coup to prevent the inauguration of Luiz Inacio Lula da Silva.

"If the shirt is worn for a political party, we lose our identity," Richarlison tweeted during the election campaign.

Hence the importance of Richarlison's excellent play against Serbia on Thursday as opposed to a lackluster performance and possible injury for superstar Neymar who has been active in the ultra-conservative president's campaign.

After being ignored by the Brazilian fans, Richarlison quickly became a national hero. On social networks, the Brazilian left, reluctant to support the team and its symbology kidnapped by the ultra-right, has celebrated the two goals scored by the Tottenham star who, in many ways, have returned the yellow shirt to the entire country. “The yellow shirt belongs to everyone again, and Brazil has fallen in love with Richarlison instantly,” a member of Lula's Workers' Party said in Rio de Janeiro after watching the match.

This could help Lula to combat Bolsonaro's destabilization tactics in the democratic transition after his victory in the elections on October 30.

Without explicitly positioning himself in favor of Lula, the Tottneham center forward has come out publicly against Bolsonaro's racist policies towards indigenous people and Afro-Brazilians. Following the murder of Bruno Pereira and Dom Phillips in the Brazilian Amazon in the summer, Richarlison criticized the impunity for those who commit crimes against indigenous people and other environmental defenders.

He has made eloquent denunciations of the deeply rooted racism in Brazil - the last country in the world to abolish slavery in 1888 - which is sometimes masked by the appearance of a society of joyous racial miscegenation, a fallacy perpetuated by soccer and a national team. in which –as in the iconic 1970 final- black geniuses like Jairzinho and Pelé played in perfect harmony with whites like Tostao and Rivelino.

The reality in Brazilian society is different, as Richarlison well knows: "I didn't finish my studies but you don't need to have a diploma to know that many people are intimidated, cornered and killed every day because of racism in this country; 75 % of the poor are black, and 76% of those who die (from violence) are black," he said in an interview.

This coincidence between being poor and black in Brazil explained the famous comment of another great center forward for the yellow-green team, Ronaldo: "I used to be black but not anymore."

Richarlison has another, more personal reason for rejecting Bolsonaro's family. He was the victim of an alleged scam by the president's eldest son, Flavio, a senator in Brasilia who is currently being investigated for money laundering in real estate operations managed by far-right paramilitaries in the eastern zone of Rio de Janeiro. Flavio took over the soccer player's house in the luxury beach area on the Angra dos Reis coast. Using legal maneuvers to deceive Richarlison, the lawyer Bolsonaro did not pay him a real.

In general, Richarlison stands out as a player of integrity against the figures in the world of soccer who support Bolsonaro, from Neymar to the opportunist politician Romario, now a senator for Rio de Janeiro, to Felipe Melo (Fluminense) or Lucas Moura. Richarlison has shown not only a mature social and political conscience but also a loyalty to lesser clubs in trouble. After his time at Watford, he spent four years at Everton - the poor neighbor of Klopp's Liverpool - where fans still admire the Brazilian.

The contrast with Neymar is shocking. The former Barça player -under the disastrous influence of his father- has not only been characterized by letting himself be guided by the most billionaire remuneration package, but has also been investigated for fraud and tax evasion in Barcelona and Brasilia.

For this reason, it is logical to think that Neymar's unconditional support for the far-right president, rather than ideological convictions, is due to a secret agreement between the player's family and the Treasury in Brasilia.

Two years ago, the tax authorities in Brazil fined Neymar 189 million reais (35 million euros) for not declaring his income between 2011 and 2013. In 2019, the father of the former Barça soccer player met with Bolsonaro and the minister of Finance Paulo Guedes. Result: Neymar, who was praised by Bolsnaro in the electoral campaign, has not paid the fine.

Lula denounced the Neymar scandal last month: "Everyone has the right to vote for whoever they want but I think he (Neymar) is afraid that if I win the elections, he will make it public that Bolsonaro forgave his debt to the Treasury." Richarlison, on the other hand, unless it is known, has not had confrontations with the Treasury.

They are two faces of Brazil in the same soccer team, Juca Kfouri, a columnist for Folha de Sao Paulo, said in a telephone conversation, “Richarlison is a good guy; Neymar is a Peter Pan who never grows up due to his father's power and already deserves the antipathy of half the Brazilians," says Kfouri, the biographer of Socrates (the iconic Corinthians midfielder who fought for democracy in the 1950s). eighties both in football and in society in general).

Other more publicly Bolsonarista soccer players are even more chosen from Richarlison's integrity. Former Flamengo goalkeeper Bruno de Souza has been jailed for murder. Robinho - another admirer of Bolsonaro - has just been sentenced in Italy to nine years in prison for rape.

"Richarlison for me is the people's player in this team," said Walter Casagrande, a soccer and political commentator and former teammate of Socrates. "Neymar has done a lot of damage to the country."