A house surrounded by vineyards on a cold plain in northern France. 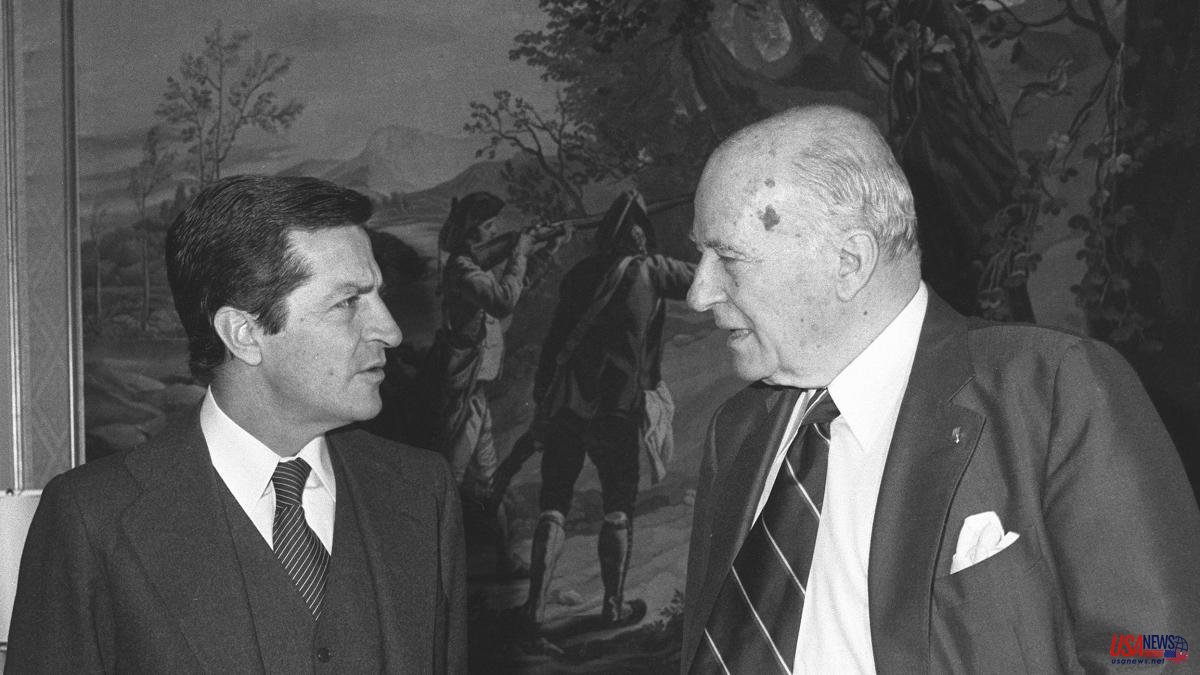 A house surrounded by vineyards on a cold plain in northern France. This is how Clos Mosny describes, in the term of Saint-Martin-le-Beau, a military man. He is impressed by the extreme sobriety of the Tarradellas: not even army non-commissioned officers use such humble furniture, he writes in November 1976. But let's not go too fast. We are still in the summer of 1965. A young economist, Josep M. Bricall, has traveled through France to meet Tarradellas, who, after decades of exile, amid all kinds of difficulties, keeps alive the institution of the Generalitat, which the entire world gives up for dead Suddenly, the phone rings. He is the banker of Tours: a strange liquid comes out of the safe. They head to the bank. It is the heart of Macià, rotting. When he died, the councilor Gassol proposed to imitate the ritual of the Habsburgs, who kept the heart of the deceased in a silver urn. Placing Macià's heart in a lead urn, he ended up in Tarradellas' exile suitcases.

This is, perhaps, the most picturesque of the anecdotes that appear in the monumental biography written by the professor and journalist Joan Esculies. Tarradellas, a certain idea of ​​Catalonia (RBA/Pòrtic). Monumental because there are a thousand pages of unusual rigor. But mostly for the content. An oceanic journey through the history of the Catalan and Spanish 20th century through the life of President Tarradellas. I have been swimming in such an ocean for an intense week and I am excited. It is not an apology for the president, but a very precise account of his lights and shadows. Tarradellas had an iron will. As a young man, he was a self made man and became rich. Dominated by political passion, he sacrificed his fortune and family comfort. He possessed the determination of heroes or visionaries. He had a formidable sense of organization, unusual in an age of spontaneity and feverishness.

Tarradellas was a resilient man. He rose from the ashes many times. After making himself essential to Macià, he lived desolately on October 6, 1934 in Companys. As Prime Minister, he managed to reorganize the Generalitat and the Catalan war economy devastated by the 1936 disaster: with lights (weapons factories and the economy work) and shadows: he had to tolerate certain killings and abuses by the CNT-FAI. After harsh adventures in exile, he devoted himself body and soul to rebuilding his party, ERC. He looking for money, he weaving contacts in France and America. Everyone distrusted him, starting with his own, but he was the only one who persevered with obsessive determination. Eisenhower's pact with Franco depresses exiles. Not him. He inherits the Generalitat, which was nothing more than a word and some files. All around him is disappointment, languor and defeat. Contrary to common sense, he devotes himself to a huge and exhausting job, which implies the ruin of family interests. He grows old by enlarging the symbol and manages to turn it into a strategic piece of the transition.

Dozens of characters and many visions of Catalonia and Spain form part of the fabric of a colossal book, which is devoured with the passion of a novel even though it is a pedagogical and wise treatise. Joan Esculies does not instruct: sample. It is not the least of the virtues of that oceanic biography. At a time when journalism is tending to the trenches, this book is aimed at adult readers who want to draw their own reflections on the tragedies and achievements of the past.