Yesterday, the president of Mexico tried to find a worthy solution to the challenge that he imposed on himself by threatening Joe Biden not to attend the summit of the Americas – from June 6 to 10 in Los Angeles – if he did not invite all the countries . 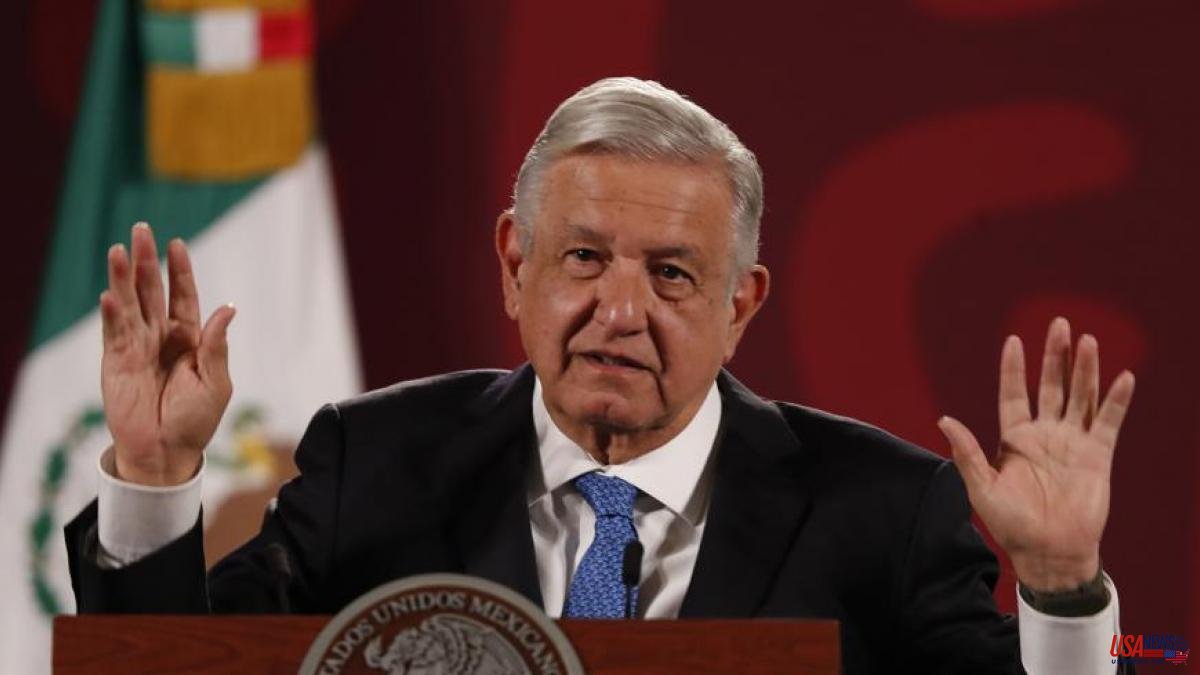 Yesterday, the president of Mexico tried to find a worthy solution to the challenge that he imposed on himself by threatening Joe Biden not to attend the summit of the Americas – from June 6 to 10 in Los Angeles – if he did not invite all the countries . Washington had advanced that he had no intention of including the leaders of Cuba, Venezuela and Nicaragua in the meeting for "failing to comply with the principles of the principles of the Inter-American Democratic Charter." In fact, the invitations already sent exclude those three nations for now. In order not to retract or completely snub Biden, Andrés Manuel López Obrador affirmed this Friday that he will not go if he does not include "everyone", although Mexico "will participate" even if he does not go.

Cuban President Miguel Díaz-Canel anticipated Biden's probable refusal to invite him on Wednesday and issued a statement announcing that he would not attend "in any case" once the US Administration had made it clear that it did not plan to have the. Yesterday, the Castro ruler considered his exclusion and that of his counterparts from Venezuela and Nicaragua "anti-democratic" in what he judged to be "a historical setback", given that Cuba was able to be at the American summits in Panama in 2015 and Peru in 2018.

"Neither politically nor morally does the US have the right to decide who goes to the summit or not," Díaz-Canel added, noting that Washington is illegitimately arrogating a "supervisory power of democracy."

With softer words, this is the same argument that López Obrador, initially supported by the leaders of Bolivia and Honduras, used to demand that Biden hold an “inclusive” summit.

Obrador had announced for yesterday a definitive answer to the question of whether or not he would travel to Los Angeles. But in his daily press conference he indicated that everything depends on whether Biden definitively and officially vetoes Havana, Caracas and Managua. The fact that Cuba has already ruled out its participation is not substantial, he explained, because the key for him is that there be an invitation "for everyone." And then "let each government decide."

The bad atmosphere created by the vetoes and defection threats can mar an already difficult meeting for Biden. Fully immersed as he is in the crisis in Ukraine, and for a few days in the revived debate on weapons in the United States following the massacre in Texas, the American leader wants to show that he is not going to leave aside the south of the continent . And that he is willing to deal with the serious problem of migratory pressure with long-term measures, beyond the patches that his government is putting on it.

It would be about reaching a great migratory pact sustained with social and climatic programs that improve living conditions in the region in order to address "the causes and not just the symptoms" of the great flight to the north. But a priori, the number one issue of the summit is not that, but that of relations between Washington and some countries in Central and South America that are reluctant to accept their unilateral decisions. After an initial moment where the protests may cloud the debate, it remains to be seen to what extent Biden takes advantage of his opportunity to rebuild the fragile ties of the US with the rest of the continent.