The three million tourists who visit the Mayan ruins of Chichen Itzá each year may know that, a millennium ago, a pre-Columbian society of nine million people sustained themselves by growing corn, the milpa, according to the Mayan term, in the infertile land of the Yucatan peninsula. 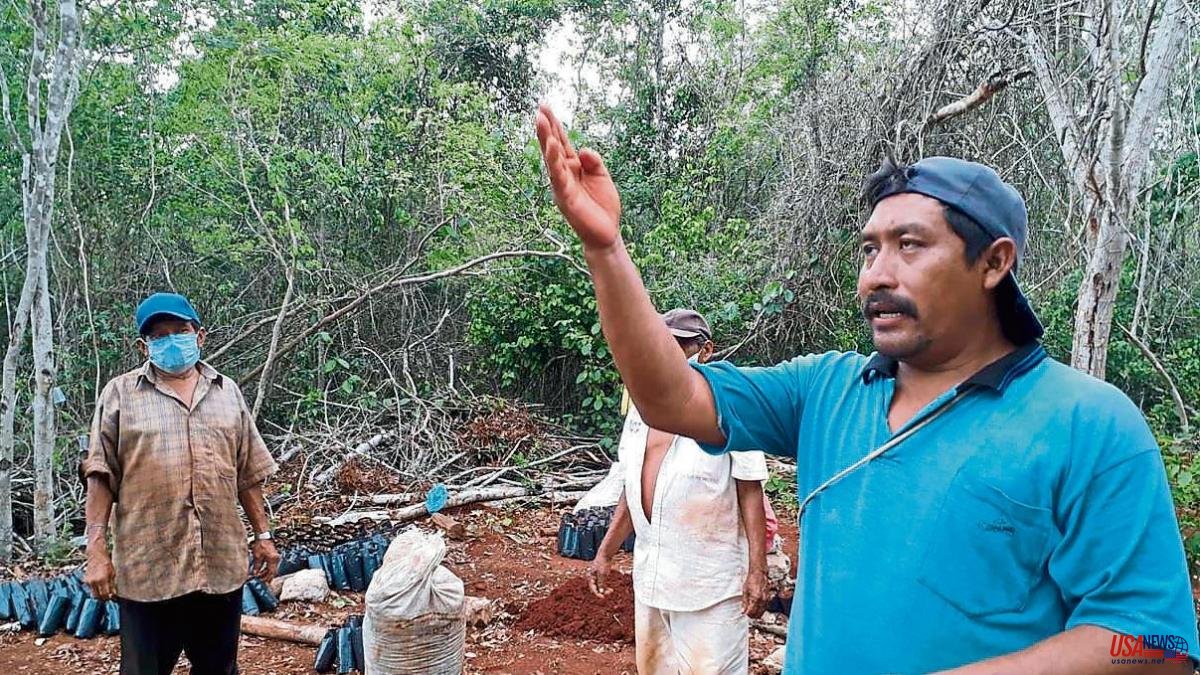 The three million tourists who visit the Mayan ruins of Chichen Itzá each year may know that, a millennium ago, a pre-Columbian society of nine million people sustained themselves by growing corn, the milpa, according to the Mayan term, in the infertile land of the Yucatan peninsula. But few will deviate from the circuit of the "Mayan experience" towards the lands of the Dzitas ejido, 10 kilometers from the ruins where the milpa continues to be the main livelihood. Here, in times of water scarcity and skyrocketing fertilizer prices, a few thousand "corn men" barely manage to support themselves.

Many young people from the communities end up migrating to Cancún, where they become cannon fodder for the drug cartels that have set up regimes of terror and extortion in the hotel zones of the Riviera Maya.

Hence the importance of the support program for the countryside of the Government of Andrés Manuel López Obrador, known as Sembrando Vida, which has been implemented in thousands of rural municipalities in Mexico, most of them in the poor southeast.

Under the program, 5,000 pesos per month – about 90 euros – are offered for planting fruit or timber trees next to corn farms and other ancient crops, such as pumpkin, beans, camote (sweet potato), cassava, chaya (a Mayan spinach) and chili.

In the porous subsoil of the Yucatan, where there are constant droughts, the pitaya cactus is added, whose fruit can be sold. The objective: to stop emigration from the countryside and at the same time achieve reforestation that allows it to meet its Mexican goals of reduced C02 emissions. Started in 2019, the plan involves planting 1.3 million tree saplings across more than a million hectares, in 21 states.

According to the federal government, this goal will have been achieved by the end of this year. Some 600,000 farmers have benefited from the program, each owning a 2.3-hectare plot. The estimated cost is 3.4 billion dollars.

In Dzitas, 30 Mayan peasants are sitting in a circle on the ground filling bags with compost. They are members of the Tumben Kuxtal (“new life” in Mayan) community, where more than 2,000 ejidatarios participate in the program. They converse in their own language and laugh heartily as they work. “We are creating black soil for planting; We do it with molasses, fertilizer, yeast and dry leaves,” explains José Ernesto Moomxe, 40, one of the peasant leaders of the ejido, sets of lands nationalized after the revolution and distributed among the peasants. On this land, cultivation is alternated with fallow, burning the weeds for the next sowing phase. Trees are planted in areas that have been abandoned forever for the federal program.

“Peasants are getting poorer and poorer. Before, the lands were very fertile but they got tired. Many young people went to Cancun to work. The weather changes. The 2020 floods destroyed the entire corn crop and killed bees for beekeeping,” said Juan Bautista, one of the community leaders. Of the 5,000 pesos a month that each peasant family earns, 500 are invested in a collective fund for the future development of the town.

The Latin American left continues to be divided between extractivists, supporters of extracting natural resources and large infrastructure projects to boost growth and reduce poverty, and anti-extractivists, more convinced by the indigenous ideas of “good living” and the so-called “peasant way.”

López Obrador tries to implement both models at the same time. His plan to develop the poor southeast includes a new mega oil refinery in Villahermosa, in the adjoining state of Tabasco, the cost of which has doubled to $18 billion, which has spooked environmental protection groups just like the controversial megaproject railway, the Mayan train. But, it also includes direct support for the peasant self-consumption economy and reforestation.

López Obrador has even exported the “Sembrando Vida” program to Central American countries, such as Guatemala, El Salvador and Honduras, and also to Cuba. Some 10,000 Central American farmers have participated in the projects. Washington – interested in stopping the 400,000 Central Americans, many fleeing the crisis in the countryside, who try to cross to the US every year – supports the plan.

But the program has major environmental flaws, according to environmental groups. Furthermore, there are many indications that a perverse incentive has been created to deforest forest areas in order to collect the subsidy.

According to a study with satellite images, the program, in its first year, caused a net destruction of forest of 73,000 hectares, 11.25% of the total parcels benefited. Increased vigilance in later years has reduced this collateral damage.

There is another problem. The recent appointment to manage the militant program of the ruling party, Morena, raises the suspicion that "Sembrando vida" could become another example of the famous political clientelism in Mexico perfected during the years of the "perfect dictatorship" of the Party of the Institutional Revolution ( PRI). López Obrador maintains 60% of the intention to vote and in the southeast the support is almost total.