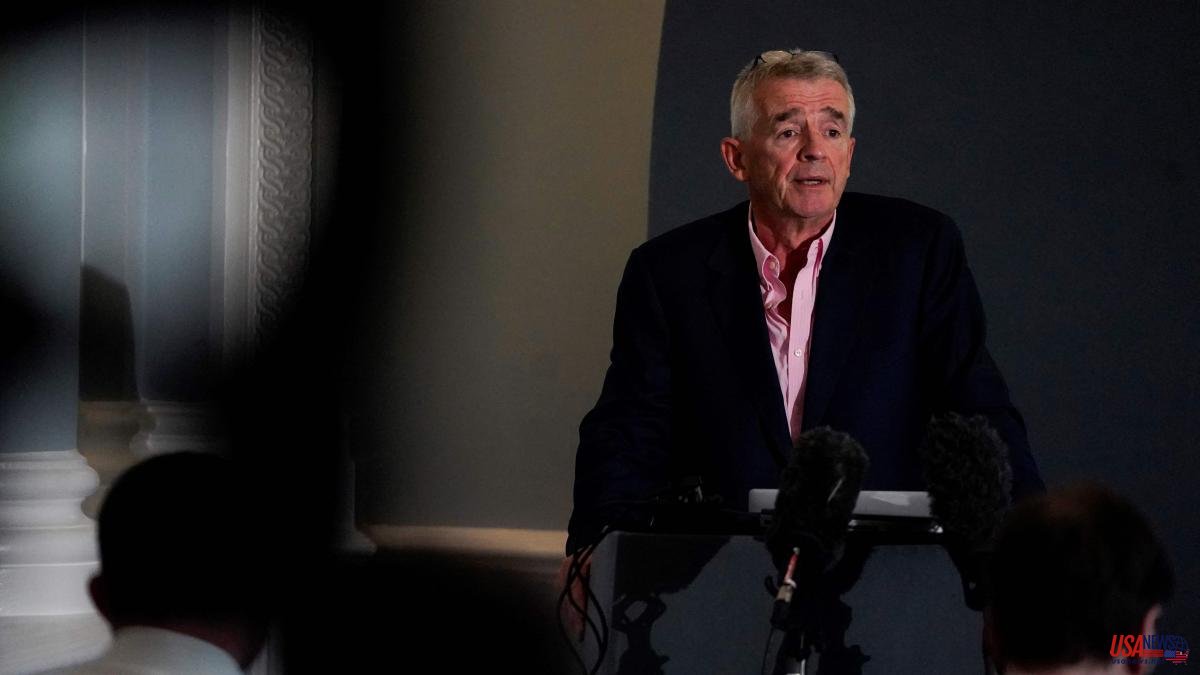 Ryanair's CEO, Michael O'Leary, has perfect control of stage tempos. He flashes one of his trademark, bordering on theatrical smiles as a Greek journalist takes a photo of him at the airline's headquarters in Dublin. As soon as he's finished he gets serious again, speeding through this summer's business figures and forecasts for the end of the fiscal year.

This duality between the public image that O'Leary projects in Europe and the iron hand with which he directs the air group is also palpable in Ireland, the company's country of birth. While on the mainland Ryanair symbolizes the most aggressive low cost model and some accuse its CEO of abusing histrionics, on the island the airline is a source of national pride and they often speculate about an eventual candidacy of O'Leary for the presidency of the government , possibility that he has always denied until now.

And it is that O'Leary's striking statements – last week he tried to disqualify the unions promoting the Ryanair strike in Spain by calling them communists and nostalgic Soviets – often cover the group's economic achievements. Also the strategy that he promotes to try to eat the competition, in full post-pandemic hangover and still with fragile finances despite the recovery of travel. This August Ryanair has broken passenger records (16.9 million travelers compared to 14.9 million in August 2019) and has moved an average of more than 3,000 flights a day per week, almost double the 1,600 flights of its next competitor, easyJet, according to data from Eurocontrol. The average proportion of empty seats per flight was 4% for the second consecutive month, compared to 3% in August 2019, one of the highest load factors in the sector. The company thus consolidates its position as the first airline in Europe by number of passengers and fifth in the world, data from the consulting firm Cirium indicate. Now, although the market share is greater than before the pandemic (18% this summer compared to 12% for Lufthansa and 10% for IAG), its profitability is below pre-Covid levels. The first quarter of its current fiscal year, from April to June, it earned 170 million euros, when in the same period of 2019 it obtained 243 million profits despite transporting fewer passengers. Some results that, however, exceed those of its immediate competitors. The British easyJet lost 135 million euros in the same quarter, while Wizz Air left 285 million from April to June. IAG, owner of Iberia, British Airways or Vueling – the only holding company comparable to Ryanair in terms of business model – closed the period from March to June with a profit of 133 million euros.

For this exercise, O'Leary hopes to approach one billion euros in profits, he assures during a meeting with European journalists in Dublin. The uncertainty and the inflationary context do not stop his growth plans, he adds. On the contrary. The group takes advantage of other airlines foundering to speed up its expansion, increase market share and revenue. “We are going to come out of the pandemic stronger, we have come back stronger than others because we have kept our pilots and crew updated with their flight hours,” he assures. Its objective is to go from the 165 million passengers that it plans to transport this fiscal year to 225 million for the one that runs from March 2025 to March 2026. To accompany this expansion, it has agreed to purchase 210 aircraft in three years from Boeing, from which have already received 73. This year it will also hire a hundred pilots and hopes to open a new training center in Spain or Portugal by 2023, in addition to 15 new bases, which would add to the current 90.

All this, despite open labor disputes in some of its main markets, including Spain. The USO union maintains the call for a strike among cabin crew until January 7 of next year. "They can do what they want now, we will not negotiate with them," repeats O'Leary. The director wields an agreement with CC.OO. – these yes, of communist tradition – to negotiate the collective agreement in the airline. Relentless decisions along with a nice smile while you continue your expansion.