The Italian Nuccio Ordine (Diamante, 1958) is the closest thing in the real world to the professor from The Dead Poets Club. 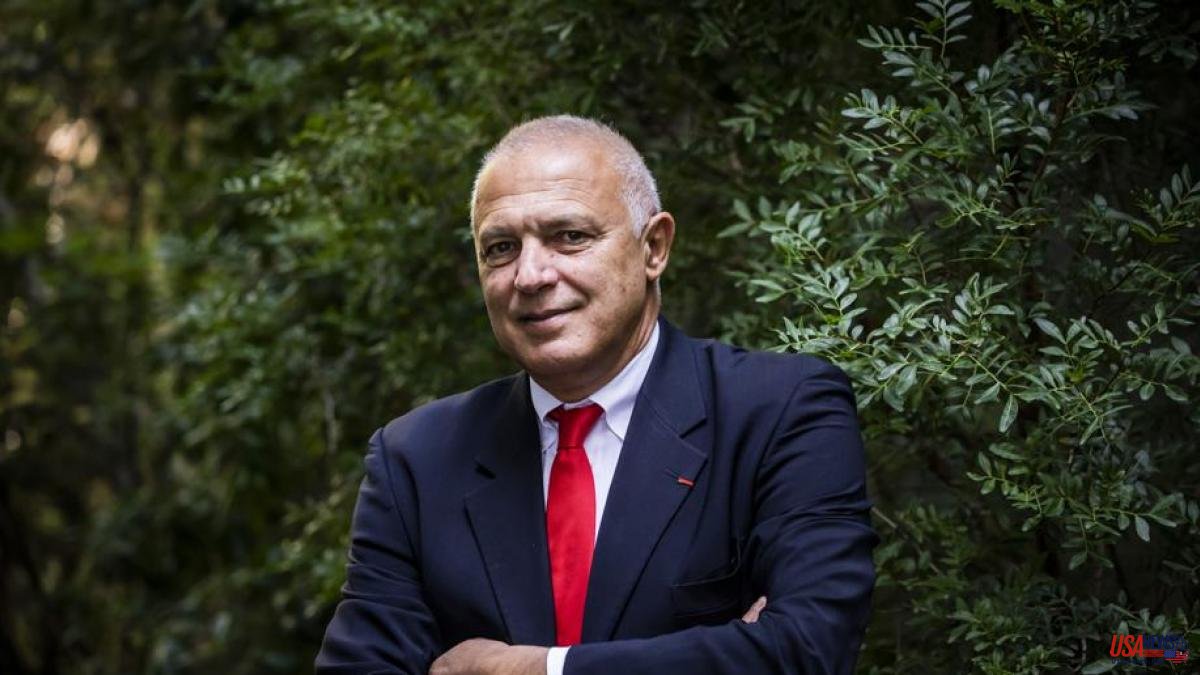 The Italian Nuccio Ordine (Diamante, 1958) is the closest thing in the real world to the professor from The Dead Poets Club. He gets his young Calabrian students excited about literature and, with such momentum, publishes essays such as Clásicos para la vida (2016) or the one he presented yesterday in Barcelona, ​​Los Hombres son no son Islas (Acantilado/Quaderns Crema), where he reviews works by universal literature that highlights collective values ​​against selfishness. Ordine is someone who, on the one hand, talks face to face with intellectuals of the stature of George Steiner (1929-2020) and who, on the other (“look, look”) shows you the moving email of a truck driver who in his day he could not study and that, at the age of 60, thanks to reading him (and seeing him on YouTube), he realized that the classics were also for him and he has become an active reader.

"The title of the book -he explains, on the terrace of a hotel in Barcelona- comes from a poem by John Donne (1572-1631) and is very timely in these times when neoliberalism, individualism, fear of the outsider and the racism". In fact, he thinks, "literature is essential against all this, this book is an antidote to the melonism that shakes Italy and many other places", alluding to the "terrible" electoral victory of the neo-fascist Giorgia Meloni.

The volume is divided into two parts, as was already the case in his Clásicos para la vida. The first is an essay on solidarity in eleven authors (from Seneca to Saint-Exupéry, passing through Montaigne, Shakespeare, Tolstoy or Viginia Woolf); and the second, fragments of texts commented by him from those and many other writers, including three Spanish speakers, Bartolomé de las Casas, Juan Rulfo and Borges (“in Latin America, literature has said things that history did not count” ).

"A classic makes us understand key aspects of the present, it teaches us to be free and happy, that's why in the protests in China they carried fragments of Dante's Comedy." In King Lear we see that "the king has to know the suffering of the poor, listen to the voice of the voiceless, I recommend that to the kings and presidents of today, that they mix with the poor, that they go out to know the misery like Tolstoy did.

Ordine writes against the power of money and utilitarianism: "Today we are educated in a way that the importance of the person is given by the size of his bank account and it is not true!". On racism, he turns to Theseus, "who shows us that identity is always changing, dynamic, like your ship." Albert Camus's letter of thanks to his teacher in Algiers stands out: “Without him, who introduced concerns to that child, he would not have obtained the Nobel Prize, and he knew it and thanks him. Those are the important people, our teachers.” “No tyrant can steal your knowledge – he continues –, Primo Levi talks about how, in Auschwitz, the Jews had been robbed of everything, clothes, books, food, they had no hair, they cut it off. The only thing that could not be stolen from him was the things that he had learned: at night, he recited Dante's verses, Ulysses' song, all that was a ray of light that the Nazis could not take away from him because he had learned it. The poet Mandelshtam did the same thing in the gulag.”

“This idea of ​​the natural family that Meloni defends is a horror. What do you mean? She says that the natural family is the fathers, the mother and the children. Montaigne already warned that we make nature speak with our ideas. Nature as a model? Then they will defend that there be fights between males and the winner takes thirty women for himself. The classics taught us that love is something independent of reproduction. A man and a woman without children are not a family?

What has happened in Italy, he explains, “is not only due to Meloni but largely due to the parties that have governed, in Italy we do not have a true left, nor in many other countries. If the left is also neoliberal, if it doesn't look out for the common good, what's the point of voting for it?