Núria Graham: "With my new songs I want to break with the comfort in which I moved"

The composer and singer Núria Graham (1996) is in charge of musically opening the Mercat de Música Viva de Vic, which starts tomorrow with a long-awaited concert (Teatre L'Atlàntida, 7 p. 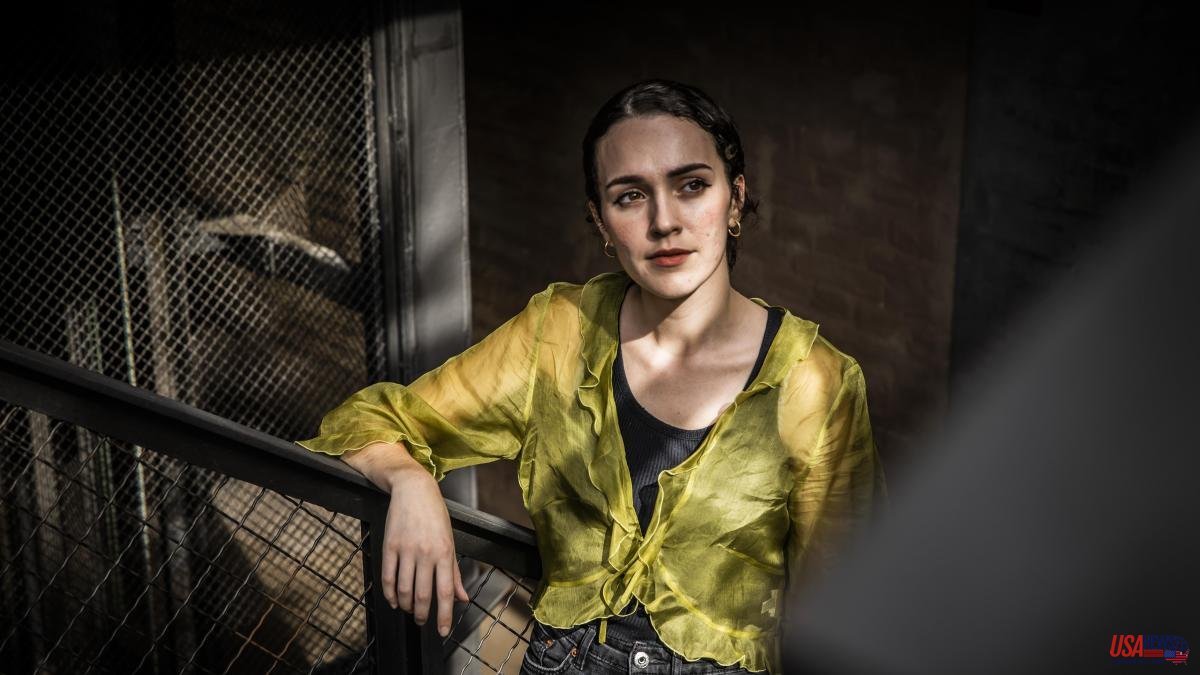 The composer and singer Núria Graham (1996) is in charge of musically opening the Mercat de Música Viva de Vic, which starts tomorrow with a long-awaited concert (Teatre L'Atlàntida, 7 p.m.), as she will present some of the songs that give life to to their next album Cyclamen. A work co-edited by the legendary Verve label and that will tour North America soon, starting this Sunday at Primavera Sound in Los Angeles.

Are you surprised to open the Market?

In a way I was impressed that they offered to open it, but somehow I also thought to myself that 'it's about time'. But there is a respect because it is a festival that has seen me grow since I was a girl and vice versa.

Are your songs a product of the pandemic?

It was weird, because I got caught when my previous album, Marjorie, had just come out, and I had a super weird life. But the truth is that in the end I have learned to be more optimistic with these unpredictable things.

What does super strange mean?

There have been many changes in my life and of all kinds, I lived in Barcelona and I moved to La Bisbal, and I have been calm for two years. Also, last year I got tired of not stopping playing, and I decided to do it for a year. I stayed home a lot and watched.

I could have made songs to fill four albums, but an album is not a simple compilation of songs and that's it. I need to have something that catches my attention and have a really big need. And nothing actually happened until the fall of 2021, when I started pulling mental strings.

And what did he think?

I knew I wanted to make a record because I wanted to tell something. You are like in the car but without knowing very well what is pulling it. I have made songs that have taken me places. I had no idea how they were going to sound but rather how I was going to cover it, because I have self-produced this Cyclamen, I have recorded a lot at home, and this has been something that has cost me a lot to do. And it is that I wanted to break with this comfort in which I moved, and see where my brain was taking me or what things I was going to do that I did not dare before. At the end of last February I already had it super finished.

What will be heard at your inaugural concert?

Well, I think I'll be very faithful to the essence of the album, although the instrumentation has changed a bit. And it is that it is a very different record from everything I have done so far.

Well, because the way I've recorded and produced it has led me to other sounds, I've started with the piano but then there are string arrangements, bassoon, double bass...

Why did you decide to give this swerve?

Well, out of sheer curiosity. For me, making music is also like a game, I feel like I have to go into the unknown to see what happens.

It is also healthy not to always do the same thing.

It is natural. I mean, I'm not mad at what I was doing before, but sonically and on a personal level I needed to see what I was capable of without that structure that was so ingrained in me and the way I work.

The musicians who will accompany him in Vic are new…

They will all be new in the sense that I haven't played with them on stage. For example, with Jordi Matas I have worked a lot in the studio and Magalí Atzira we had played informally.

And how does the resulting product sound?

Everyone who listens to him says different things. I start a lot from Scott Walker or Blake Mills, who is my favorite musician, and the other day someone told me that listening to my new songs, Van Morrison came to mind! What happens is that since it is such a thematic album, a trip…

What would be the plot line of your new songs?

It is a circular journey, there are messages from nature, they are characters that narrate a story. I can not say too much.