The classics are back. 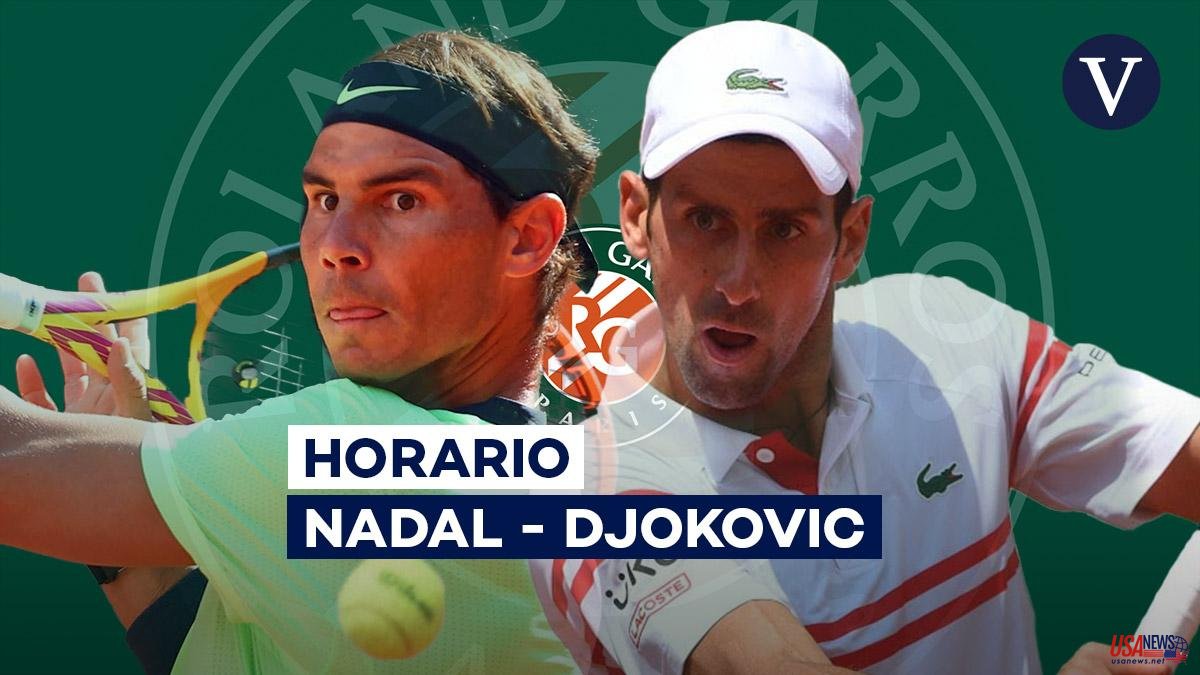 The classics are back. Just one year after their last head-to-head, Rafael Nadal and Novak Djokovic will meet again. Two of the best tennis players in history will meet this Tuesday, May 31, in a match corresponding to the quarterfinals of Roland Garros. The Serbian won the previous round, but the Spaniard will seek to show that, despite his chronic physical problems, he is still the king of clay.

Nadal's participation at Roland Garros came into question after he limped off against Shapovalov at the Rome Masters 1000. Affected by Müller-Weiss disease, chronic pain in his foot takes away the happiness that comes from being able to play tennis. “I am not injured, I am a player who lives with an injury,” he declared. However, Roland Garros is his favorite tournament. He 13 times he has raised the trophy. He couldn't miss his annual date.

After getting ready at his academy in Manacor, Nadal flew to Paris to regain his throne. Four years in a row he was reigning on the Philippe-Chatrier court, until, in 2021, a rude Serbian named Novak Djokovic snatched the crown from him. Jordan Thompson, Corentin Moutet and Botic van de Zandschulp fell in succession. It seemed that the pain had disappeared from the body of the Balearic athlete. Until Felix Auger-Aliassime, trained by his uncle, Toni Nadal, put him on the ropes. The Spaniard needed almost four and a half hours to beat the Canadian (3-6, 6-3, 6-2, 3-6 and 6-3). But he made it. The revenge is served.

He will face a Novak Djokovic who, little by little, is recovering the form that took him to the highest place in the ATP ranking. After a chaotic start to the season due to his refusal to be vaccinated, the Serbian did not feel comfortable on the track. He fell in the quarterfinals in Dubai and in the round of 32 in Monte Carlo. He got better results on the slopes of Belgrade and Madrid, but Rublev, first, and Alcaraz, later, prevented him from lifting the first wound of the year.

Until in Rome he was once again the 'Nole' of always. Karatsev, Wawrinka, Auger-Aliassime, Ruud, and Tsitsipas. They all fell without being able to win a single set. The first title of the year had been long in coming, but it was here. At Roland Garros, after being crowned in 2021, he is walking triumphantly. He has already beaten Noshioka, Molcan, Bedene and Schwartzmann. Again, without giving up any set.

Nadal and Djokovic have already faced each other 58 times throughout their respective careers and the balance is slightly in favor of the Serbian tennis player (30-28). The first face-to-face took place, precisely, at Roland Garros, in 2006. On that occasion, the man from Manaco took the cat to the water for the withdrawal of his opponent after two sets played. The last precedent also took place on the legendary Parisian court, but this time it was 'Nole' who finished with his arm raised (3-6, 6-3, 7-6 (4) and 6-2). After more than four hours of play, Djokovic snatched Nadal's throne, went through the round and, in the end, would end up crowned on the Philippe-Chatrier court.

However, the 59th occasion may be the decisive one. “At this point in my career, we'll see how I face that commitment against Djokovic. It may be my last match at Roland Garros”, Nadal declared.