Norway, the new battlefield of the Ukrainian war

The turbulence caused by the war in Ukraine is felt from east to west and from north to south. 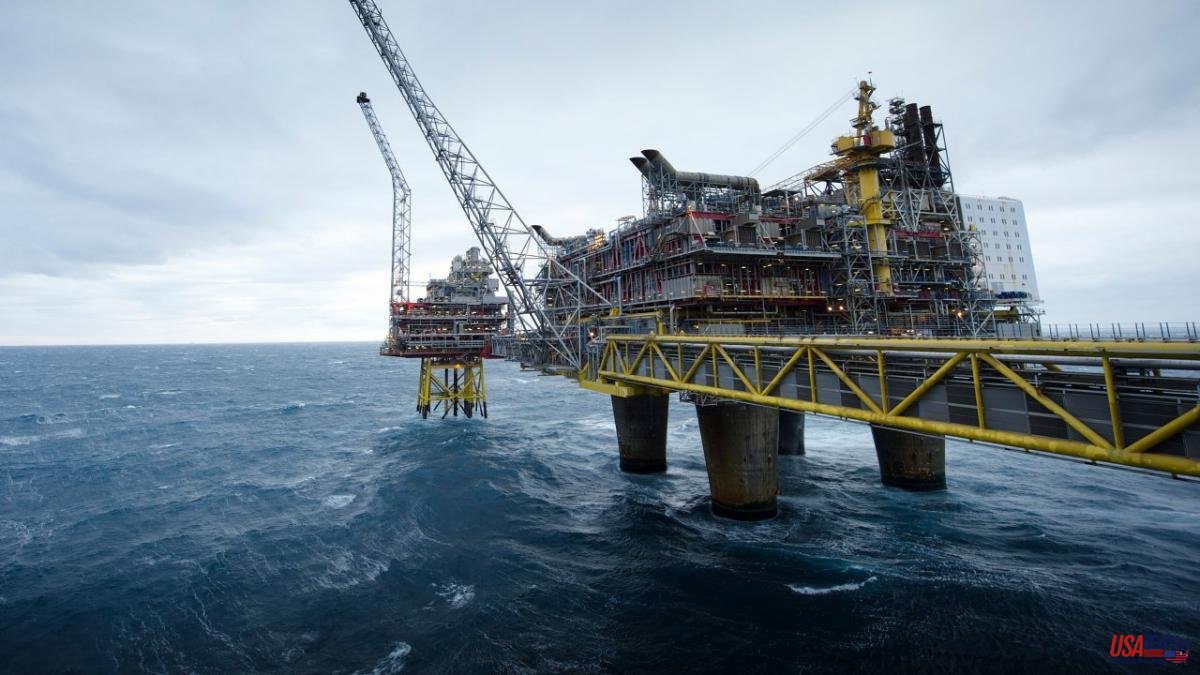 The turbulence caused by the war in Ukraine is felt from east to west and from north to south. Always for the worse, except for Norway.

Before the war, in 2021, the Nordic country was the second largest supplier of gas to the European Union, only behind Russia. Leaving aside Russia, it is already the first. And it sells, in addition, at skyrocketing prices.

A luck for your economy; a political problem: it leaves them at the center of the global battle for gas.

Because the tall, sparsely populated (5.4 million inhabitants) and rich country (seventh in wealth per capita in the world, and rising) is now one of the few oil and gas producers directly connected to the European Union .

“Yes”, answers Professor James Hamilton, an economist at the University of California at San Diego, clearly and directly, when asked if Norway is the winner of the European energy crisis more than Algeria or the US and the Persian Gulf with its liquefied natural gas.

And it is that if almost half of the country's exports -according to its authorities- are hydrocarbons; and if the sector represents over 14% of its wealth, today everything is going to increase. Between August 2021 and August this year, the increase in profit derived from its natural gas exports was 314.9% according to the Norwegian statistical agency. Oil 61.2%.

But in the short term it also means that “the security of the Norwegian oil and gas pipeline network is currently under close scrutiny. Drones recently observed around offshore installations have added tension to the debate, but we do not have more specific signs of an imminent threat”, quotes Klaus Mohn, Rector of the University of Stavanger and with extensive experience in the Norwegian hydrocarbon industry. .

The key: of the two large gas and oil extraction zones, one to the north and the other to the southwest of the country, the first is on the border with Russia, and the other is not extremely far away. And its gas and oil pipelines reach the United Kingdom, France, Belgium, Germany, and just recently, Poland.

"The government has to realize that by far the most important strategic object in all of Europe today is Norwegian energy or gas imports," Tor Ivar Strømmen, a professor at the Royal Norwegian Naval Academy, told Reuters. "If those deliveries were to be cut, stopped or greatly reduced," he continued, "this would cause a total energy crisis in Europe."

It is fear. And more so when the extensive size of its resources and infrastructures make surveillance difficult; but even more so after the sabotage, with no known perpetrator, of the Nord Stream gas pipelines in the Baltic Sea. The precedent has led to new steps: the Norwegian Prime Minister, Labor Jonas Gahr Støre, announced just two weeks ago the mobilization of the army in the energy facilities. And he insisted: an attack against them would have the response of all his allies.

Norway is a member of NATO.

Norway expects to produce some 122 billion cubic meters of gas this year, 8% more than in 2021; an insufficient figure to compensate in the EU for what was lost with the goodbye to the Russian (Moscow cited in September that it planned to export at least 50,000 million cubic meters less), although for this reason an amount always essential in the Old Continent.

(Until now, three quarters of the global demand for liquefied natural gas went to Asia, with Australia and Qatar being its largest exporters (with 108.1 million cubic meters in 2021 the first and 106.8 million the second. USA). UU., the third, remained at 95).

However, the International Energy Agency recalls how now, Asian importers, the main destination of this energy, until today, see their imports plummet. Most notably Pakistan, Bangladesh and India. Europe took over more than half of what was traded to fill its reserves at inflated prices.

Consequently, in different countries of the Far East coal plants have been reactivated. Or has it returned to nuclear plans in the case of Japan and fears, furthermore, the winter due to possible demand from China – although for now Beijing benefits from reselling its gas, acquired thanks to its long-term contracts with the sector at adjusted prices, at prices that are well above these.

A move, for now, master of Beijing.

Another headache for Europe.

Furthermore, Hamilton points out: “Russia's gas supply to Europe has been greatly reduced and Norway is one of the few that can replace some of what was lost. But I would not say that Norway is a 'clear winner' of the situation. If the continent ends up in an economic recession, it will reduce the demand for many items that Norway produces. It is a tragic situation. Almost everyone in the world would be better off if peace could be restored.”