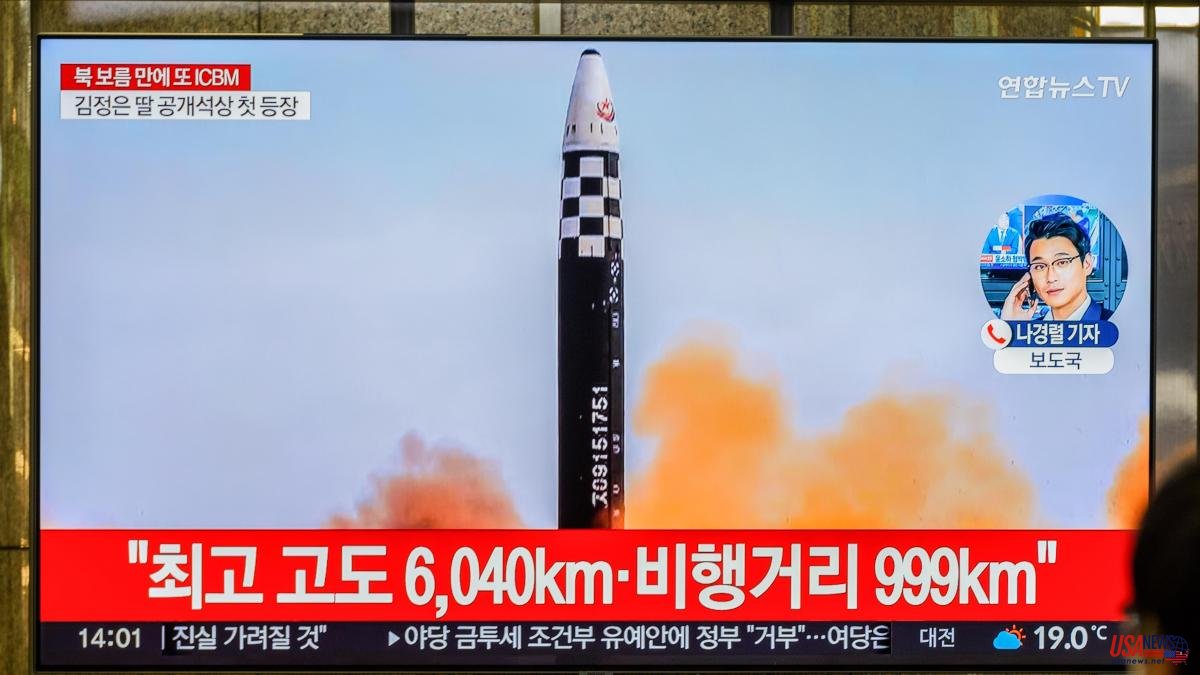 The Joint Chiefs of Staff (JCS) reported in a statement that "North Korea has launched two unidentified ballistic missiles into the East Sea" (the name given to the Sea of ​​Japan in both Koreas).

These launches come three days after the Kim Jong-un regime conducted a test of a new solid-fuel engine for new long-range missiles in a year in which it has conducted a record number of weapons tests.

The shooting took place from the Tongchang-ri area in North Pyongan province between 11:13 and 12:05 local time Sunday (2:13 and 3:05 GMT), according to the JCS, which He continues to analyze the details of the altitude, distance, and velocity of the projectiles to try to determine their type.

The South Korean military said it maintains a position of "full military readiness in close cooperation with the United States" while continuing to monitor the North's movements.

The Japanese authorities, for their part, reported that the missiles fell into the sea in waters outside their Exclusive Economic Zone.

Last Friday, Pyongyang further announced that it had tested a "high propulsion" solid-fuel engine for a "new type of strategic weapon" in the presence of Kim Jong-un, signaling progress towards developing a new type of missile. more efficient intercontinental range ballistic (ICBM).

That test and today's launches add to the record number of missiles of various types tested by the North Korean regime this year, which, together with its preparations for a new nuclear test, underscores Pyongyang's willingness to continue advancing its weapons program and removes the possibility of dialogue.