Nord Stream, story of a failure

The two Nord Stream gas pipelines under the waters of the Baltic Sea were already clinically dead, without sending Russian natural gas to the European market despite the fact that their bowels were still full of the precious hydrocarbon, but the four gas leaks found this week in the controversial infrastructure have redacted your final death certificate. 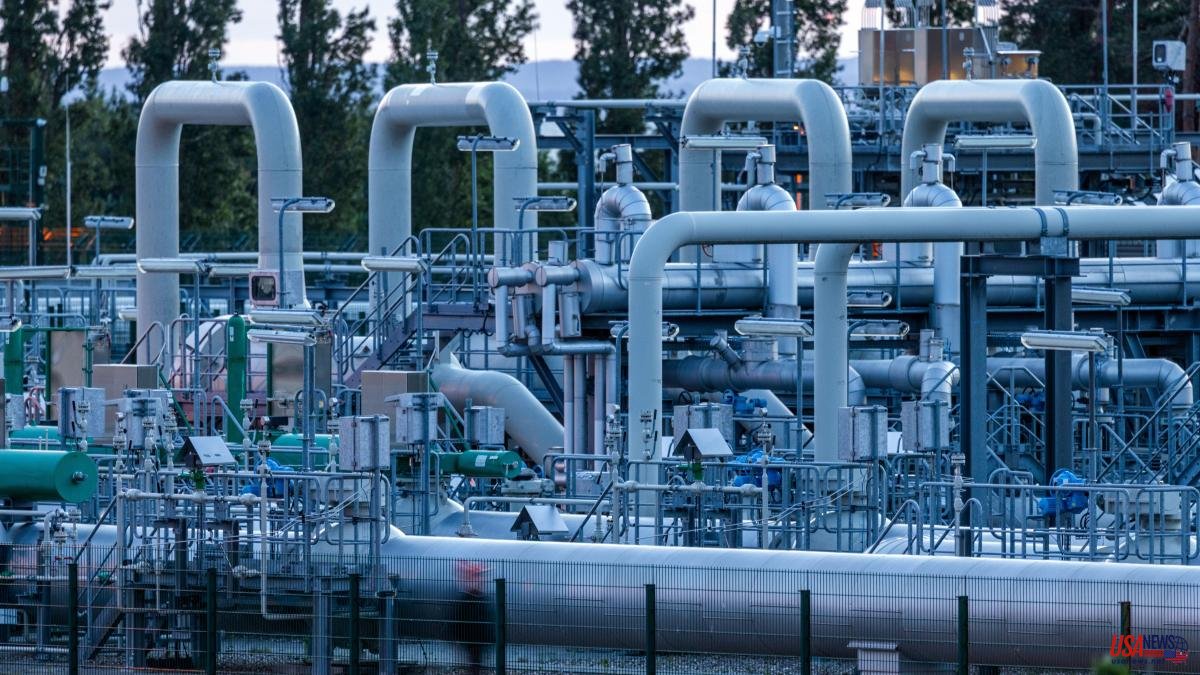 The two Nord Stream gas pipelines under the waters of the Baltic Sea were already clinically dead, without sending Russian natural gas to the European market despite the fact that their bowels were still full of the precious hydrocarbon, but the four gas leaks found this week in the controversial infrastructure have redacted your final death certificate. Very probably already invalidated as gas transport routes in the future, the Nord Streams have, however, become a risk element for European security beyond the mere energy supply and price dispute.

The sabotage of the submarine pipelines in the context of the war in Ukraine, with all western suspicions directed – not to mention his name – towards Russia, raises fears in Europe that Vladimir Putin will adopt new and dangerous forms of pressure abroad now that the course of the fighting on Ukrainian soil is adverse to it.

The Nord Stream 1 – which had been operating since 2011 and was operational, although not always at full capacity, until the beginning of this September – and the Nord Stream 2 – which, completed at the end of 2021, was never activated – illustrate in addition, the monumental failure of Germany's energy policy, which focused for years on the Russian supplier without admitting the geopolitical dimension of the gas pipelines involved.

While the EU, the United States and Eastern European countries warned of its potential to suffocate Ukraine as a transit country for Russian gas to Europe, German governments of different stripes, since the initial promoter of this German-Russian project in 2005 –the Social Democrat Gerhard Schröder– even his heir and successor – Christian Democrat Angela Merkel– insisted on presenting it as a purely commercial initiative.

Even last January, in the midst of international tension over the possibility of a Russian invasion of Ukraine -which would occur a month later, on February 24-, the current chancellor, the Social Democrat Olaf Scholz, still described the Nord Stream as “ private sector project” and said that actions to protect Ukraine were “a different matter”.

The two gas pipelines – each with a double branch, so there are four pipes – run 1,230 kilometers connecting the Russian bay of Narva with the German Baltic coast, and were designed to be able to inject together up to 110,000 million cubic meters of natural gas Russian per year on the European market.

They were built by the international consortium Nord Stream AG, based in Switzerland and controlled 51% by the Russian state gas company Gazprom.

Four large European companies participate in the consortium: the Germans E.ON and Wintershall DEA (15.5% each), the Dutch Gasunie and the French Engie (9% each). Nord Stream 2 cost around €9.5bn to build, while Nord Stream 1 was budgeted at €7.4bn but is estimated to have cost €8.8bn. The Russians disbursed around half of the millionaire amount, and the others, the rest.

It was Gerhard Schröder who, just before losing the chancellorship – he was chancellor from 1998 to 2005 – agreed with Putin on the construction of the first Nord Stream. On September 8, 2005, only ten days before the uncertain elections in Germany that led Angela Merkel to the Chancellery for the first time, Schröder received the Russian president in Berlin and both signed a German-Russian plan to build a gas pipeline through of the Baltic Sea. Merkel blessed the plan, which went ahead despite Russia's illegal annexation of Crimea in March 2014. Only in mid-2018 did the then chancellor reluctantly admit her geopolitical significance, which Ukraine had been denouncing from the very beginning.

Now, the sabotage, whose authorship is yet to be officially discerned, and its implications add new contours to the energy and security tension between the West and Russia over the war in Ukraine.

On Tuesday, in full alarm over the Nord Stream leaks, the new Baltic Pipe gas pipeline was inaugurated, which will carry gas from Norway to Poland via Denmark. “Russia can intimidate Europeans through an act of sabotage; because if they are able to blow up these pipelines on the Baltic seabed, they might as well blow up the new pipeline,” Kristine Berzina, a researcher at the German Marshall Fund, told Reuters.

The governments of Denmark and Sweden, countries in whose waters of the exclusive economic zone the four gas leaks from the Nord Stream were found, rushed to ensure already on Tuesday that they do not consider what happened a military attack against their territory.

However, Swedish and Danish security forces have stepped up surveillance, and special German police units are also patrolling the North and Baltic Seas with helicopters and boats. "We take the current threats seriously and protect ourselves," German Interior Minister Nancy Faeser told the Süddeutsche Zeitung.

Germany will join a joint investigation team into what happened with Denmark and Sweden. Danish and Swedish seismological institutes had recorded two underwater explosions compatible with the times and locations of the double leak in each of the gas pipelines. According to the Nordic researchers, "they probably corresponded to an explosive charge of several hundred kilos," details a letter sent to the UN by these two Scandinavian countries.

The American television CNN, referring to three sources, assured that European security personnel had observed ships and submarines of the Russian navy not far from the places of the leaks. Asked about it, the Kremlin spokesman, Dmitri Peskov, replied that there is a much greater NATO presence in the area.

Yesterday, Denmark announced on Twitter that the Nord Stream 2 had stopped losing gas, according to what the gas pipeline operator consortium reported to its Directorate General for Energy. The pipeline still contains gas. “The water pressure has more or less closed the pipe, so the gas that is inside cannot get out; there is still gas in the pipeline," Nord Stream 2 spokesman Ulrich Lissek told AFP. Gazprom estimates that some 800 million cubic meters of gas have come out of both pipelines.

The Nord Streams contained gas, but were no longer sending it to Germany and thus to the European market. Gazprom and the pipeline operator say they cannot predict how long it will take to repair the damage. “The multiple submarine leaks mean that none of the pipelines is likely to send gas to the EU anymore during the coming winter, regardless of the political developments of the war in Ukraine,” reasons the Eurasia Group risk consultancy. If with this turnaround Russia seems to lose an element of pressure on Europe, other analysts point out that Putin would simply have decided to give the pipelines another threatening geopolitical use, beyond its mere nature as a gas transport route.

In a new shock to the energy emergency in Europe, Gazprom announced yesterday that it is no longer supplying gas to Italy through a gas pipeline that passes through Austria, a country that will continue to receive it. The reason given by the Russians is that the Austrian operator would not have confirmed certain regulatory changes. Both Gazprom and the Italian company Eni assured that they are working to resolve the matter, but mistrust and tension are served.