It turns out that the endearing and apparently innocent stories of adventures of Indians and cowboys that used to be sold like hotcakes in the newsstands, because they were neither then nor are they now more than a string of racist clichés. 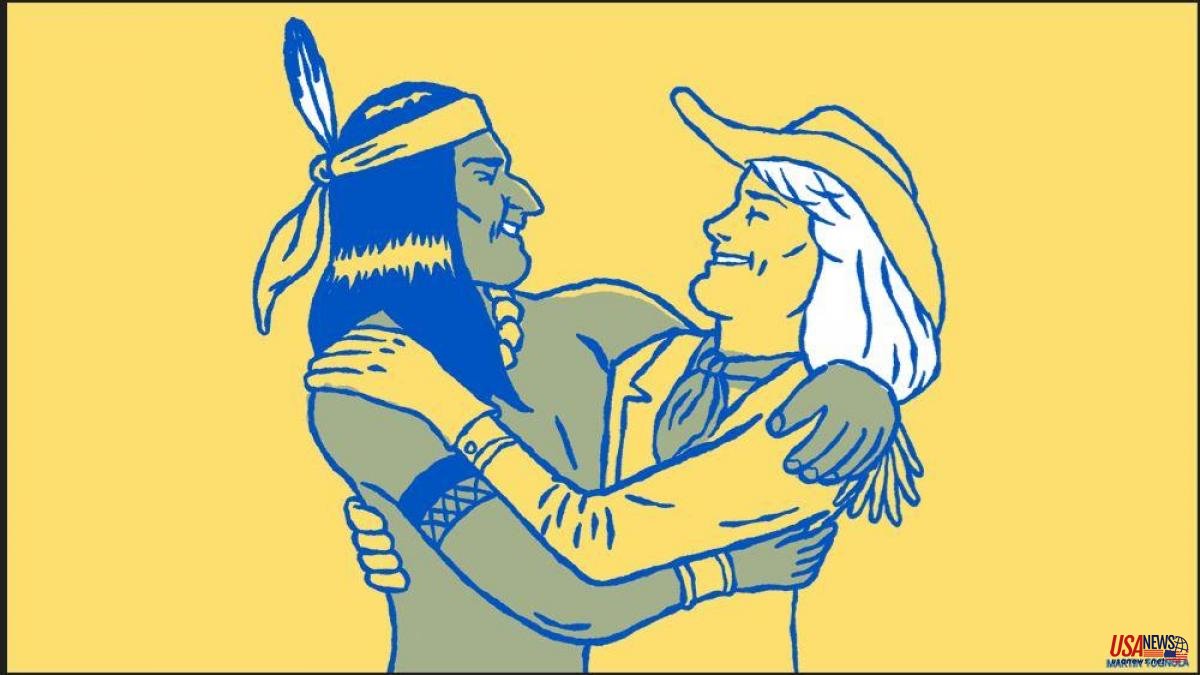 It turns out that the endearing and apparently innocent stories of adventures of Indians and cowboys that used to be sold like hotcakes in the newsstands, because they were neither then nor are they now more than a string of racist clichés. As it is. "To the stake with them!" It seems to be the war cry of the new defenders of the purity of progressive thought, that is, puritans through and through with the vocation of inquisitor, or depending on the circumstances, director of ceremonies for a Czech woman, it doesn't matter.

An obvious recent case has occurred in Germany against the writer Karl May (1842-1912) and his stories of the Wild West that brought so much success and fortune to the author in life, and that continue to fascinate new generations, even if only in a from movies or cartoons.

The protagonists of these adventures, the Apache chief Winnetou and his blood brother Old Shatterhand, a German engineer who narrates them, are as close to German-speaking readers of any age as Don Quixote and Sancho Panza are to Spanish-speaking readers.

Such is the perennial popularity of Karl May, that the museum that bears his name in Radebul, Saxony, receives more than 250,000 curious visitors every year. Now this is obviously a quarter of a million ignorant people who could do with spending time in a re-education camp. For his own good, and that of humanity, of course. Although this was already the treatment his books received in the GDR of the stasi, until the fall of the wall, when they regained their lost respectability, so that new readers could "learn from the hand of Old Shatterhand to love their brothers redskins”. Seen from today's crooked prism, can one be more naive?

Like the vast majority of European authors of adventures set in the Wild West, Karl May was never there, although he did visit, as an adult and for the first and only time, the East Coast of the United States. This circumstance now leads to the added accusation of cultural appropriation. How dare a German write about American Indians?

To make matters worse, at the beginning of April, the aforementioned museum dedicated to Karl May was forced to return to the Chippewa Indians a scalp of a warrior of this tribe. This has come a few years after his presence in the museum was denounced by a horrified American tourist seeing him on display in a glass case, although it had nothing to do with Karl May's legacy.

Now, it turns out that in the museum in question there are still four other scalps that supposedly belong to both Indians and whites, but of as uncertain origin as the one that has been returned to its legitimate -or not- heirs or owners, according to Look. What to do with them? For now, they have been removed from the windows “for ethical reasons”.

Perhaps it is appropriate to remember at this point that Karl May was no saint in life, even though he never set foot in the legendary West that he so skillfully described in his books. He was a repeat offender who more than once ended up behind bars. But the same can be said of Cervantes, Quevedo or many other writers.

In reality, the problems surrounding Karl May, his work and his museum have nothing to do with him, but rather it is a matter of our time, which, embarked as it is on the cancellation culture crusade, has a hard time distinguishing between fiction and non-fiction, history and nationalist propaganda, the false and the true. But in the case of Karl May there is a detail that should not be overlooked: the heroes of his novels were Winnetou and his tribe, with the white invaders almost always being the bad guys in the film.