No, Charles of England did not conspire against his mother and other (false) stories from biopics

Did a US president rape Marilyn Monroe? Did Prince Charles maneuver to take the British crown from his beloved mother? Did Queen Mary of Scots meet Elizabeth I of England in person? Well, precisely not, and one of the problems between the two monarchs was that they never got to know each other, the prestigious historian Simon Schama exploded with scholarly fury on twitter. 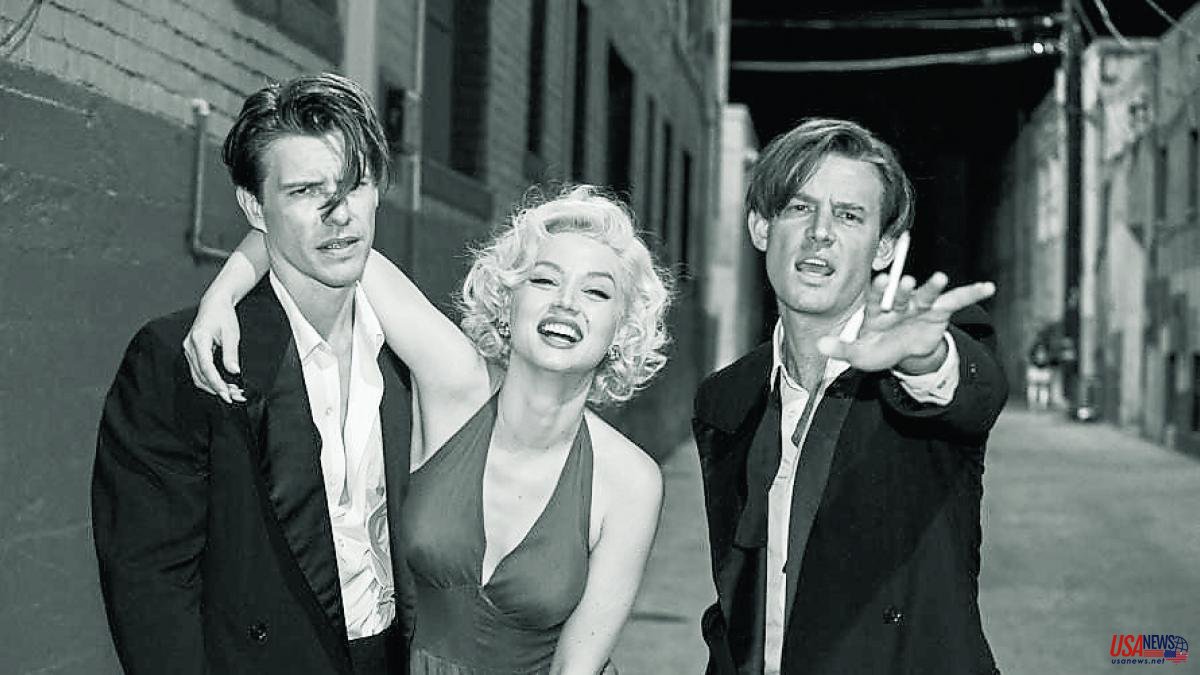 Did a US president rape Marilyn Monroe? Did Prince Charles maneuver to take the British crown from his beloved mother? Did Queen Mary of Scots meet Elizabeth I of England in person? Well, precisely not, and one of the problems between the two monarchs was that they never got to know each other, the prestigious historian Simon Schama exploded with scholarly fury on twitter. But as the legendary producer Howard Hughes used to say, or so it is told in Hollywood, “never check an interesting fact”; in reality it is not certain that he said it either, but in these times of liquid reality (and veracity) the same matters as the non-existent majestic encounter that is presented as real in the film Mary, Queen of Scots

From its beginnings, the cinema saw a vein in the biographical narrative, which also gave it prestige compared to the entertainment character of westerns or musicals. Now streaming has rediscovered the gold mine in biographies, call them biopics, of characters from all fields, even still alive and who can answer them, as has the singer Céline Dion, whose biopic had to change its name and be titled Aline, although not stopped acclimating with the songs of the interpreter. Very surreal.

It is normal that the data never rains to everyone's liking in these biographies on the screen, what is not so normal is that the "based on real events" has taken so many licenses that the websites dedicated to fact check have multiplied to tell us no, that Marilyn Monroe never starred in the trio she was credited with in the recent Blonde . If you want to know what inaccuracies are incurred from Bohemian Rhapsody , the narration of the life of Freddie Mercury (2018), to The Great (2020), the dramatization of the life of Catherine II of Russia, they only have to go to magazines like Vulture and pages like informationisbeautiful.net and you will find them analyzed chapter by chapter. By the way, one of the ones that receives the worst score for its real mismatch, especially in the final part, is Bohemian Rhapsody, with what we liked.

In the biographical films of the last century, licenses were also taken to accentuate the dramatic part, but what has changed is our way of relating to what we see on the screen: if for a spectator of the 40s there was no doubt that the films They were that, movies, for the current public it is not clear that what they see in streaming is not the truth, the whole truth and nothing but the truth, and if The Crown sentences that Prince Charles of England met with the one who was Prime Minister between 1990 and 1997, John Major, to try to convince everyone to abdicate the queen, so it will go down in history, although Major is hoarse these days to reject that this meeting had never been held or that the prince had conspired ever against his mother: “If the scenes he describes are broadcast, they should be seen as nothing more than malicious and damaging fiction; a bunch of nonsense sold for no reason other than to provide maximum dramatic impact, and completely untrue."

John Major, who was anticipated the content of these scenes that will see the light in the imminent new season of the series, has not been the only one to cry out in heaven for a production "based on real events". As soon as House of Gucci (2021) was released, in which the lives of the creators of the quintessential luxury brand are narrated, the children of Aldo Gucci, president of the company for thirty years, made public a statement in which they regret that “the narration is anything but precise (...) its protagonists are presented as hooligans, ignorant and insensitive to the world around them”. The controversy reached Lady Gaga herself, interpreter of Patrizia Regianni, who recalled that a Gucci had been murdered and another went to jail for evading taxes, "when you do that, your story becomes public domain."

And what happens when it is in the public domain? Because not only the inaccuracies, but the bias given to the narrative have consequences that go beyond the complaint of a group of British teachers when they saw that their students gave more credibility to the film about the Queen of Scotland than to their textbooks. In a lengthy article in The New York Times, critic Vanessa Friedman argued that “at a time when the distinction between fact and fiction is becoming more porous, the concept of alternative facts is the order of the day and viewers tend to believe in what they see on screen (big or small), what is shown in them has a resonance that transcends the box office”. To stick with the Guccis, following the film's release Internet searches for their bags increased 257 percent.

What happens with The Crown, if the warnings that it has been forced to put in its account clarifying that it is a "dramatized fiction" are also added or not at the beginning of each chapter, and if they are taken into account by the viewers when assessing it and granting it credibility or not, it will be definitive for a genre in which the sister of the Austro-Hungarian Empress Elizabeth is presented with hairstyles more typical of Nina Hagen than of the 19th century and the public asks if Sissi will leave in the second season to her husband, something that anyone can discover reading a history book and gives an idea of ​​​​the current level of knowledge.

Now that The Crown has reached modern times, what counts will have immediate and very serious repercussions on the monarchy, to begin with, in the person of the current King Carlos III. Several British parliamentarians and historians have lamented these "malicious" scenes that Netflix itself has recognized as "imagined". Is a notice to the public enough, or should biopics stick strictly to reality? Difficult answer when, as the critic Nicholas Barber pointed out, “the truth has been transformed into veracity, facts into factoids, people retouch themselves on social networks and movies can falsify almost anything with computer-generated images. Is there still a line to be drawn, or have truth and fiction become hopelessly blurred?