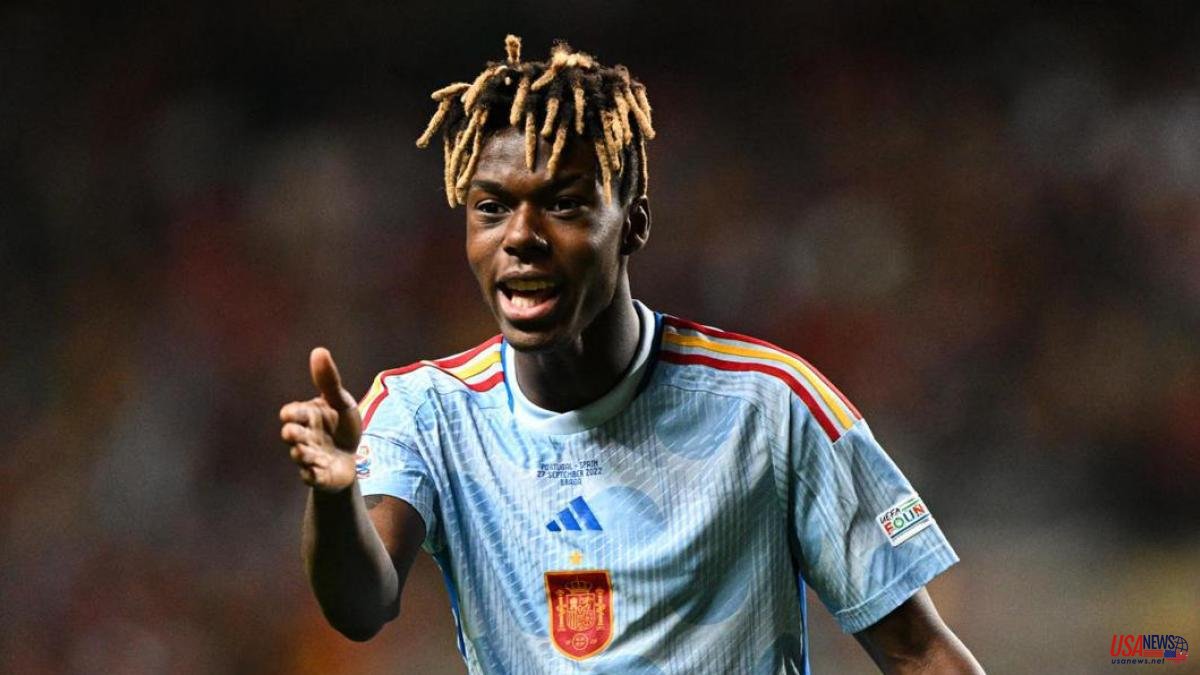 The Luis Enrique method continues to succeed. Spain agreed in Braga to its third semifinal in the four competitions in which the Asturian has commanded the red. It will fall better or worse, but his success is indisputable. In his style book, the names are in the background, he cares much more about what each footballer can contribute to his idea of ​​the game. And in Nico Williams (Pamplona, ​​2002) he seems to have discovered a new gem.

Two short minutes in his first call-up with the senior team, 27 minutes against Switzerland and 17 against Portugal with decisive assistance included, have been enough for the young Athletic attacker to convince everyone that he is a firm contender to play in the World Cup. The race to be in Qatar is especially tight at the front, where his competitors have not just taken a step forward. Neither Sarabia nor Ferran Torres, chosen by Luis Enrique to occupy the bands against Switzerland and Portugal, knew how to get out of the script. Williams, on the other hand, fiery like few others, contributed from the bench the imbalance that Spain was missing and convinced the coach. His bet had been successful and his name climbs positions on its own merits.

In addition, the young Williams has been very well received in Las Rozas. Shy and with his head down the first few days, sources from the Spanish locker room reveal that he has been gaining confidence and that he has ended up showing the cheerful character that characterizes him. In addition, his companions have been careful not to play many jokes on him because Unai Simón has been his 'bodyguard' during the concentration. Williams' good adaptation with the senior team has also been facilitated by the fact that he has coincided with other U-21s such as Yeremy Pino or Pedri, with whom he has spent most of his time in Las Rozas and on trips.

Spain has a jewel and knows it, that's why they want to ensure their future. The youngest of the Williams has been international since the U-18 category but Ghana, whose nationality he also has, does not give up convincing him even as he has already done with his brother Iñaki. With the change in FIFA regulations, there is still nothing definitive, even though he has made his debut with the Spanish team. But if he disputes the World Cup with the red, there will be no turning back.

For now, Williams now has to refocus on Athletic, where he has cemented his candidacy to go to Qatar. He is completing a great start to the season under Ernesto Valverde and in San Mamés they already fear for his future. He has a contract until 2024 and a clause of 50 million euros, more than affordable for the big clubs that follow him, especially from England. He tries to isolate himself. He doesn't stop being a child who wants to play in the World Cup.