Nico González, about two months out after breaking a toe

Valencia midfielder Nico González could be out for nearly two months after breaking the fifth metatarsal in his left foot in the match his team played last Saturday at Villarreal. 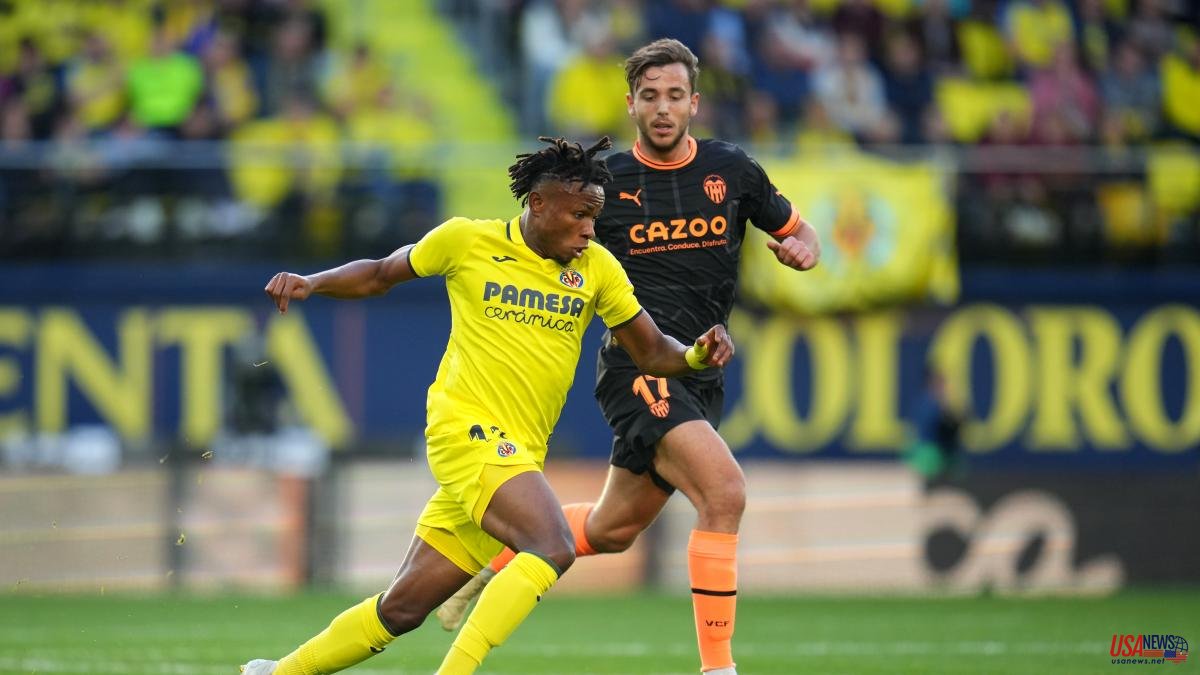 Valencia midfielder Nico González could be out for nearly two months after breaking the fifth metatarsal in his left foot in the match his team played last Saturday at Villarreal.

The player on loan from Barça started at La Cerámica but asked for the change in the final stretch of the game and Valencia reported that he suffered a broken toe. The entity explained that "the different therapeutic options" are also being studied, so it is expected that in the next few hours it will be announced if he undergoes surgery or if a conservative recovery is opted for.

"The Valencia CF player, Nico González, suffered a fracture of the fifth metatarsal of his left foot during this Saturday's game at the La Cerámica stadium against Villarreal CF. In the next few hours the different therapeutic options will be evaluated," it reads. the statement shared by the Valencian entity.

Last season, Hugo Guillamón suffered a fracture in the third metatarsal of his right foot and avoided the operating room, but other footballers have chosen to undergo surgery. In any case, the recovery, according to other similar cases, will be between a month and a half and three months.

At the age of 20, Nico González went on loan to Valencia in the summer, with the aim of enjoying the minutes he was not going to have at Barça with Xavi Hernández. But as he himself wrote in his farewell text "it's not goodbye, it's a see you later". The Barça club has him and they let him know this by renewing it until 2026 before handing it over to the Valencian team.

So far this year, the man from A Coruña has not had the desired role in Valencia either. He has started only 6 league games, having participated in a total of 13 games (592 minutes) and with a balance of one goal scored.