Nick Lowe: "I'm not nostalgic for punk but now I enjoy it like never before"

The musician and guitarist Nick Lowe is on a European tour after the pandemic break, accompanied by the Americans The Straitjackets. 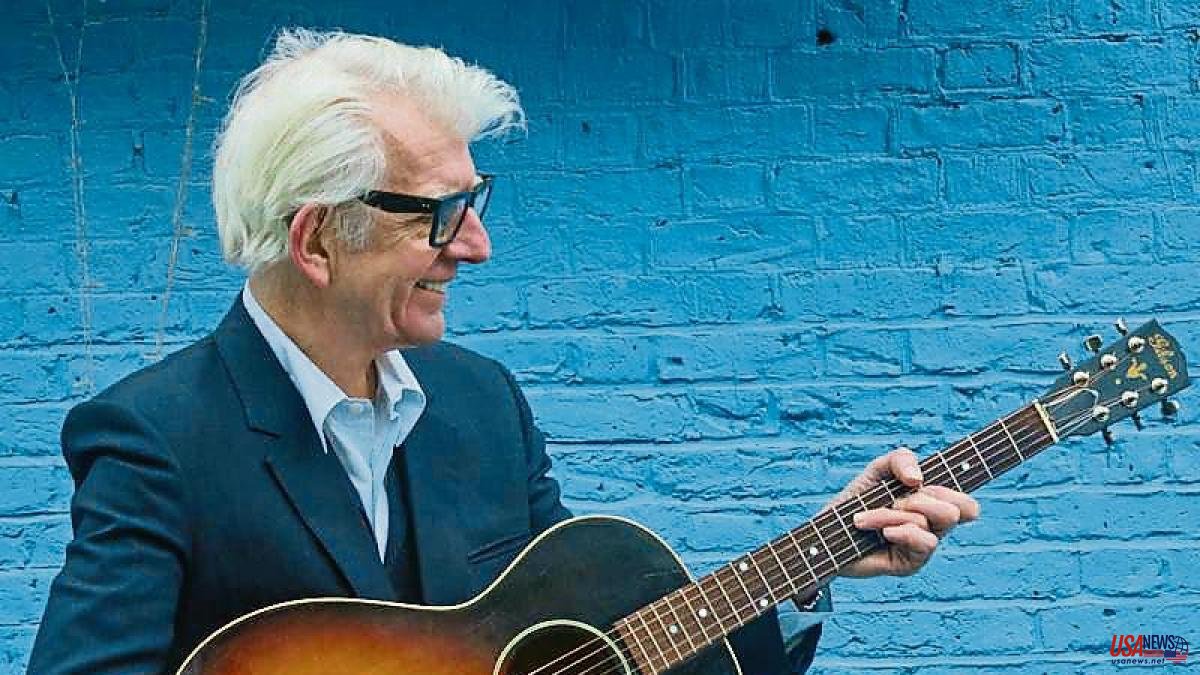 The musician and guitarist Nick Lowe is on a European tour after the pandemic break, accompanied by the Americans The Straitjackets.

also accompanied by the aforementioned North American band, as well known for the masks that its members wear on stage as for having a strictly guitar sound, without keyboards.

Do you remember the last time you played in Barcelona?

Not exactly the year, but very well where; It was a very small room in a basement in Plaza Real [it was in the Sidecar room, on December 12, 2016, to celebrate the venue's 5,000th concert]. It was the last tour we did together, in the so-called Christmas shows, and the one in Barcelona was also one of the last.

Did you need to feel the public live again after the obligatory break?

We've been doing a lot of shows recently in the States, actually opening for Elvis Costello's shows. But there is one very important thing that cannot be forgotten and that is that currently playing live is the way in which musicians can make a living, nobody buys records anymore. I personally love playing live, although not so much traveling. And in the concerts that we have done, the reaction of the public has been very enthusiastic. Look, the first shows I did after the pandemic were solo, you make more money, and I felt very nervous after so long and I can tell you that the reaction of the public was incredible, much more enthusiastic than I wanted. Now the thing has normalized a bit, but it is still higher than normal. Since we don't play in very big places, with capacity between 400 and 500 people, we have quite a few sold out.

In these concerts, both before and after the pandemic, have you seen a renewal of your audience?

We are very interested in knowing who comes to see us. There are a lot of people who always come to do it, usually older men and their wives. They still come but now also a lot of different types of audiences at our concerts, I would say between 30 and 55 years old, and also a lot of women who come in groups, and some much younger people, including some teenagers. And notes like these last ones really like our most recent songs. It gives me great joy now to see young people at my concerts. In what we do there is a very strong element of rock

You tour, you compose but you practically don't make records anymore.

Making a record is something that has already happened. We have published a couple of eps, but it is very complicated to do it because I live in London and they live in the United States, and in different cities; we can only do it when we tour the United States. Besides, I don't feel at all comfortable producing records, because I stopped exercising that function years ago.

Because the way of making records changed drastically in the 1990s. I couldn't stand the digital sound of those records in the first place, and I still can't stand it. And now I've forgotten how to produce. I'm not interested in it anymore. The records that are made now serve mainly as a business card and as a product that you can sell at your concerts. Little more. And besides, I don't like the way songs are made now. They're all the same.

Do you feel nostalgic and/or melancholy when you remember the times of punk?

Melancholy, no. It was a fantastic time. I spent about eight years waiting for my opportunity, working and learning, and when it came I already had a lot of experience, I was 25 or 26 years old. I took my opportunity and did the best I could. But I also have reproaches, I wasted a lot of time. I'm not nostalgic but I prefer to make music now and I also enjoy playing in front of an audience like never before. Before you had a much better time during the rest of the day and you arrived at the concerts very late. Now, on the other hand, the concert is the most important thing of the day.