French defender Tanguy Nianzou, who turned 20 last June and comes from German Bayern Munich, passed medical examinations on Wednesday before signing a contract with Sevilla that binds him to the Seville club for five seasons, until June 2027. 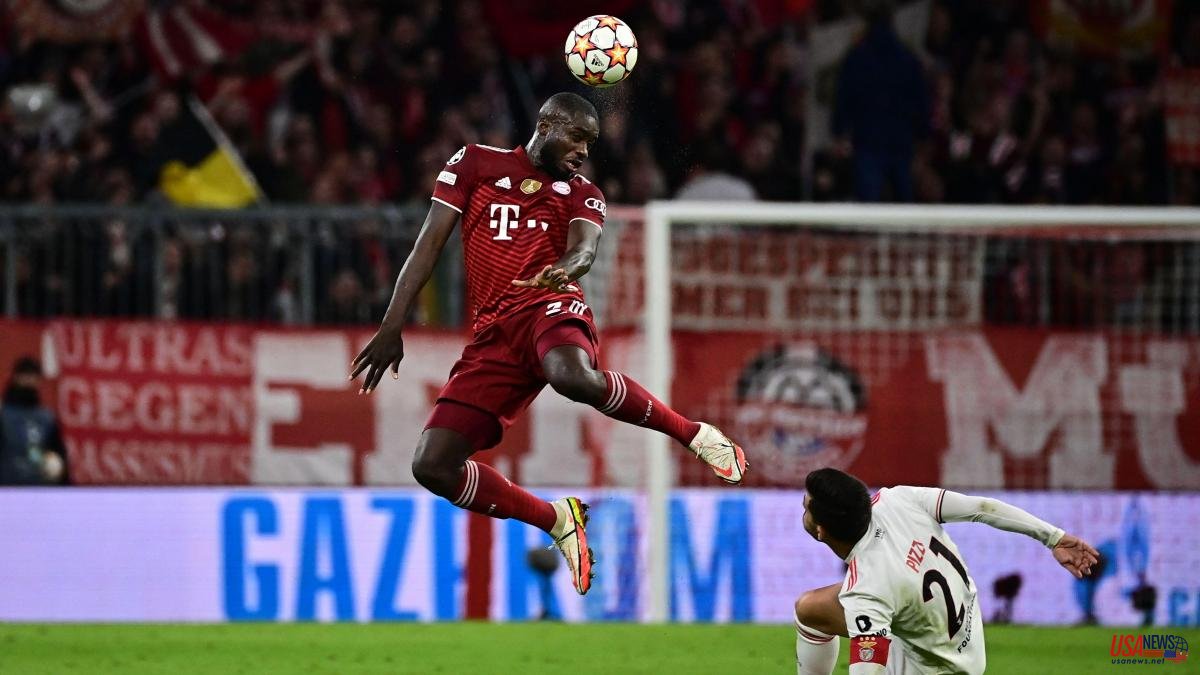 French defender Tanguy Nianzou, who turned 20 last June and comes from German Bayern Munich, passed medical examinations on Wednesday before signing a contract with Sevilla that binds him to the Seville club for five seasons, until June 2027. Sevilla reported on Wednesday afternoon that it has reached an agreement with the German club for the Parisian center-back, who thus becomes the fourth signing this season for the team coached by Julen Lopetegui.

"The defender, of Ivorian descent, comes from playing a total of 22 games last season with the Bavarian team; 17 in the Bundesliga, one in the German Cup and four in the Champions League - to which two more are added at Paris Saint-Germain-, so despite his remarkable youth the maximum continental competition will not catch him again in the red and white entity. In the 20/21 season he participated in another half dozen league clashes with the Teutons", he points out Sevilla in its statement.

According to the Andalusian club, Nianzou has belonged to the Munich club for two courses and stands out for his good ball output and for having great technique, as well as being tremendously strong in the air due to his 190 centimeters height. Likewise, he is a player with a very versatile profile, being able to act in the center of defense and as a defensive midfielder, as highlighted by his coach at Paris Saint-Germain, Thomas Tuchel," added Sevilla in their statement.

In France he came to play six matches in the domestic championship, three in the Cup and two in the 'Champions' with PSG before leaving for Germany. The new Sevilla player has been a regular in the lower categories of the French team (under-16,17,18 and 20).

Tanguy Nianzou, who arrived in the Andalusian capital on Tuesday night, is the fourth signing this season, after the signing of Brazilian central defender Marcos Teixeira 'Marcao', who arrives from Galatasaray tuco; left-back Álex Telles, on loan from English Manchester United; and midfielder Isco Alarcón, who arrived free after his time at Real Madrid.