Ángel de León: “Living from art is the hope of any romantic artist”

“I always had the feeling that I was good at painting, I had a creative spirit since I was a child, but I only drew a little at home and made collages with photoshop, I didn't go to museums, I didn't give painting classes. 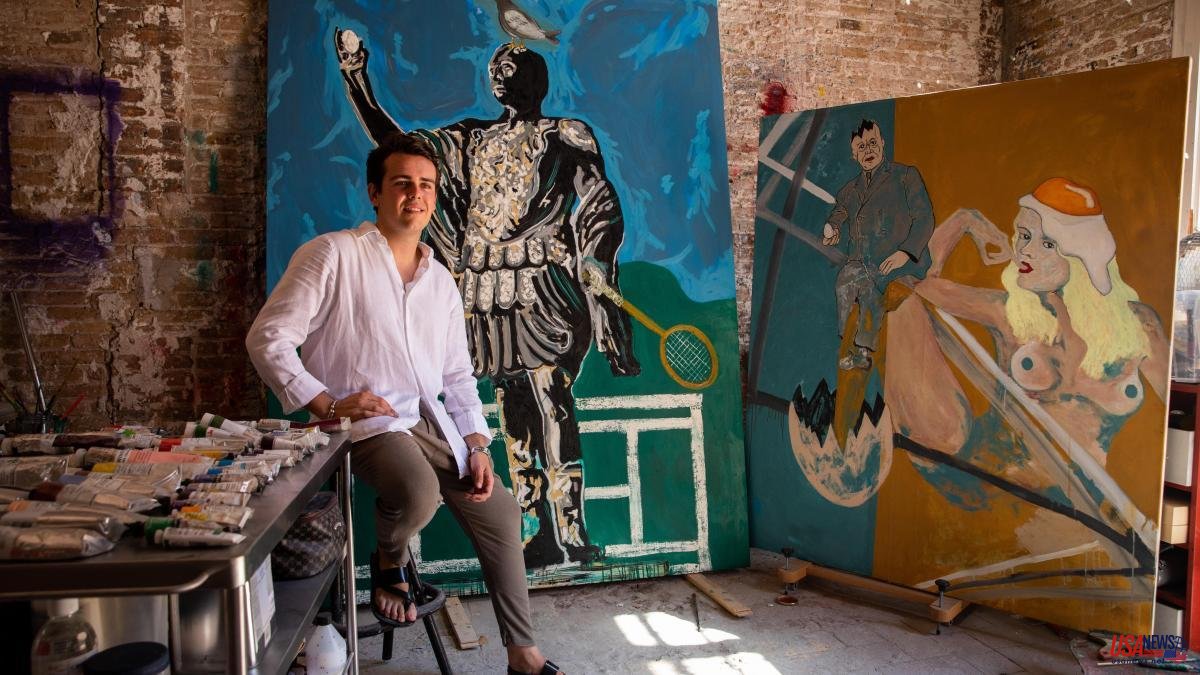 “I always had the feeling that I was good at painting, I had a creative spirit since I was a child, but I only drew a little at home and made collages with photoshop, I didn't go to museums, I didn't give painting classes...” To Ángel de León's vocation came late, but once he knew that art was his thing, he threw himself body and soul.

When he finished high school, he started working in his family's nightclub, the Plataforma de Nou de Rambla. With what he saved he went to London for a summer and entered Wimbledon College of Arts where he got a degree in painting. By then it was in her blood and she completed a Master of Fine Arts at Chelsea College of Arts. He completed his training at Sotheby's as an installer of works of art in museums and galleries.

His life as an artist in London was going from strength to strength when confinement came and he decided to return home. She took refuge on the upper floor of the nightclub, an open and spacious space, where she gave herself over to painting: “I drew two series. The first is a reinterpretation of the classic medieval impressions of the memento mori, because with the pandemic, it is appropriate to remember mortality. The other involves a return to the theme of trees, which helped me to recover my roots”.

In addition, De León, 27, thought of a formula to help other colleagues, because "an artist who loves his profession admires the work of others" and opened an exhibition space in his Nou de Rambla workshop. The work of this young man "is in some English and German private collections", but Ángel is aware that living from art is not easy: "It is my hope and that of any romantic artist"