Until not so long ago, nobody would have said that a women's football match would arouse more interest – much more – than a whole Manchester City-Liverpool, possibly the two best teams in the world (although the European Cup is always won by Madrid). 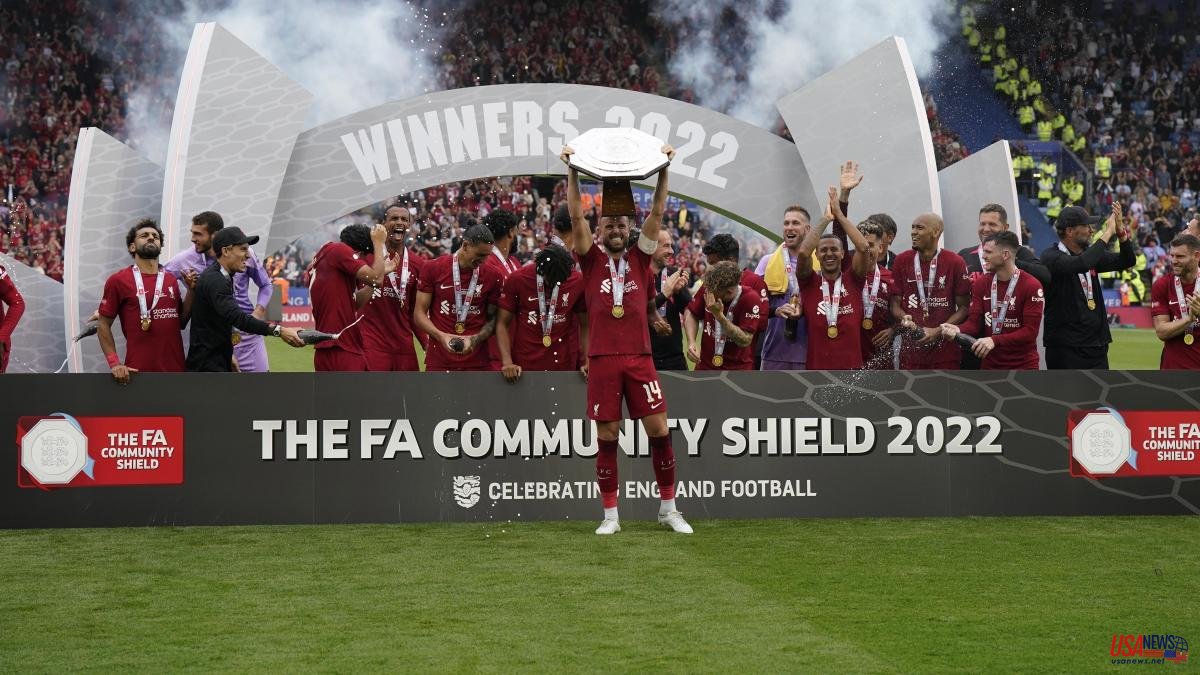 Until not so long ago, nobody would have said that a women's football match would arouse more interest – much more – than a whole Manchester City-Liverpool, possibly the two best teams in the world (although the European Cup is always won by Madrid). But that is the reality of 2022, the same as global warming, populism, the excessive price of energy, small-time leaders... Something good had to be.

The truth is that, with England pending what their lionesses do against Germany in the Euro Cup final, City and Liverpool – champion and runner-up of the last Premier League, one semi-finalist and one Champions finalist – limited themselves to doing opening for the girls in the opening match of the season, the Community Shield, the equivalent of the Spanish Super Cup (although in another format), that match that for those who lose it is a simple friendly and for those who win a trophy with all law, which counts for a possible triplet or quadruplet.

Luxury opening act, such as the Beatles or the Rolling Stones, in a provincial area (Leicester) so that this Sunday the Wembley lawn will shine in all its splendor for English and German women after a suffocating July that has left the grass of Hyde Park completely yellow. With new guitarists, basses and drums in renewed bands with the acquisitions of Darwin Núñez and Fabio Carvalho by Liverpool, and Håland, Julián Álvarez, Kalvin Phillips and Stefan Ortega by City. Of course, at the beginning of the season, sometimes the acoustics weren't perfect and the singers' voices were a bit off key, but overall it was a good concert.

Núñez won the match against Haaland by K.O. The Norwegian showed excellent energy and movement, but failed several times, especially a resounding one at the end, with the match sentenced. Only in front of the goal, he sent out, after grazing the crossbar, a ball that Adrián had barely blocked after a good low shot from Foden. On the other hand, the Uruguayan was decisive, forcing a penalty six minutes from the end with a header (probably going wide) that hit Rubén Dias's arm, and sentenced the victory in the addition by launching on a plank, almost at ground level, to head the ball into the net.

Liverpool was the best team, normal because they are a little further ahead in preparation than City (the Premier League starts next weekend). He had more intensity and precision, he started well and after twenty minutes, after having missed a few chances that inevitably brought to mind the final in Paris two months ago, he got a deserved award, if a bit casual. A center kick from Alexander Arnold bounced off Aké to beat Ederson 1-0, with which the break was reached.

In the final stages of the match, VAR came into play, also to warm up the engines, rectifying two arbitration decisions and conceding two Moviola goals. First City's draw against Argentine Julián Álvarez, who had been mistakenly judged offside by the assistant and, after struggling with the goalkeeper for a rebound, nailed the ball into the net. After an endless delay, the tie went up on the scoreboard and the shadow of penalties hung over the King Power Stadium in Leicester.

But it was not going to be necessary, because the VAR also ruled that there had been a penalty in the action with Dias's hand, Salah converted it with a strong and low shot (despite the fact that Ederson launched well), and City no longer had time for nothing. Well, to concede a third goal and Haaland wasted the opportunity to score his first official goal with the Citizens. But surely they will not be missing.

The reds, after a few bitter months after losing the League and the Champions League, continue to play great football and have taken the first step to not settle for minor trophies this year, and go for it all. City is more changed, having got rid of Sterling, Zinchenko, Gabriel Jesús, Fernandinho and Stefen. And with a real center forward in Håland, instead of the false nines that Pep had used until now. A real revolution.

And this Sunday, the main course, the final of the Women's European Championship between Germany and England.

Incidents: Match of the English Community Shield between the champion of the Premier and the Cup of last season, played at the King Power stadium in Leicester before some 32,000 spectators.