The Brazilian team has confirmed this Saturday the casualties of Alex Telles and Gabriel Jesús, who will miss the remainder of the World Cup due to knee problems. 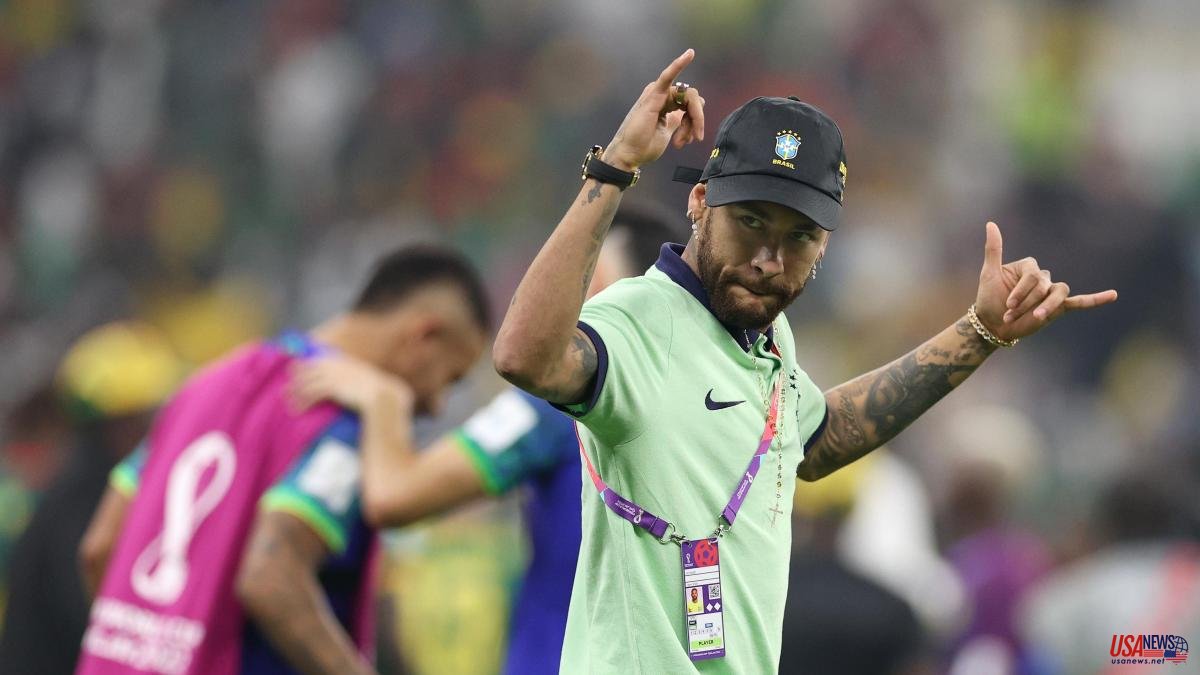 The Brazilian team has confirmed this Saturday the casualties of Alex Telles and Gabriel Jesús, who will miss the remainder of the World Cup due to knee problems. Bad news that contrasts with the possible return of Neymar, who is expected to return to training today for the first time since he injured his ankle in the match against Serbia.

After practice, the former Barcelona player will undergo a new examination by the Brazilian medical services to evaluate his condition and finish deciding if he is fit to play the round of 16 match that will face the Brazilian team against Korea of the South at the 974 stadium in Doha.

Those who will not be will be the Sevilla winger Alex Telles or the Arsenal striker Gabriel Jesús. According to Brazilian media, the problems suffered by the two players in the match against Cameroon are more serious than they seemed at first sight; and both players will remain without playing the remainder of the World Cup.

Telles took a hard blow to his right knee that forced him to be substituted. The Brazilian left the field crying and could have to undergo surgery to treat this ailment.

Jesús, for his part, was already suffering from knee discomfort, which increased this Friday with his start against Cameroon. The Arsenal striker's injury is less serious than Telles', but it will take him out of competition for a month.

These losses imply that Tite is left with 24 available players, since he cannot call replacements with the competition started.

In the Brazilian infirmary there is also, along with Neymar, Alex Sandro, who is expected to play the ball this Saturday; and Danilo, who has already done exercises with the group and the team's medical services are optimistic that he can be in the round of 16.