Neymar's Brazil wins, dances and warns of its potential against Serbia

Brazil, led by Neymar and unlike other favorites such as Argentina or Germany, begins the World Cup winning, convincing and even dancing, gerunds that enhance its candidacy for the title with just one game. 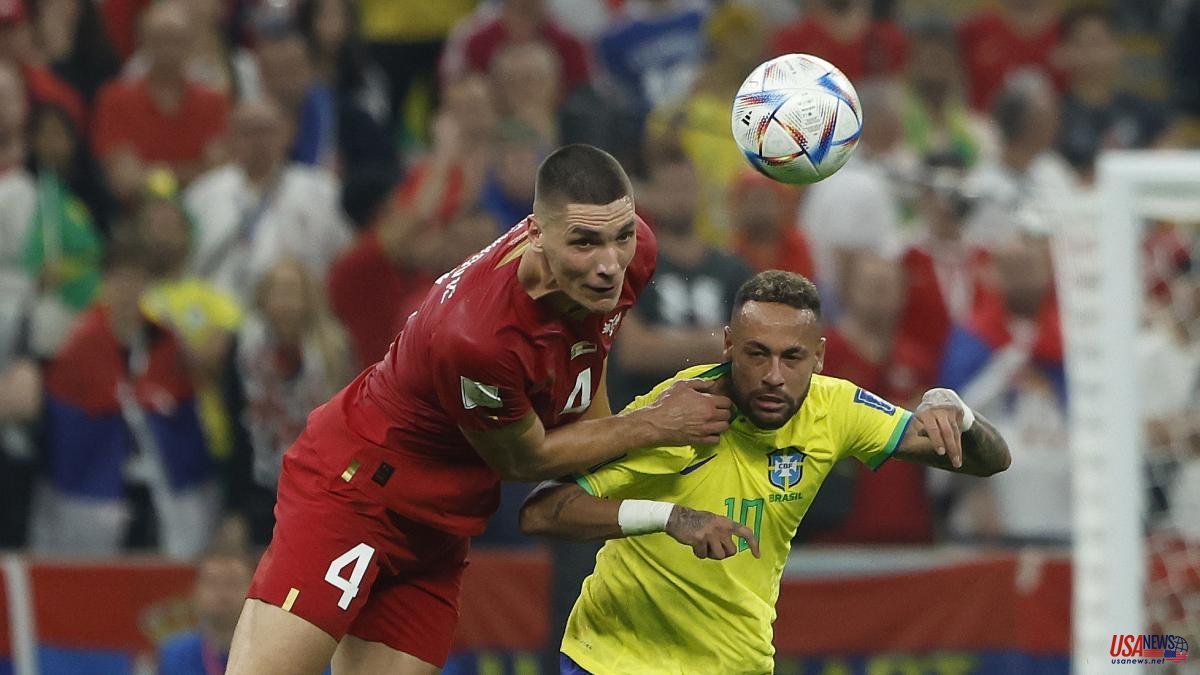 Brazil, led by Neymar and unlike other favorites such as Argentina or Germany, begins the World Cup winning, convincing and even dancing, gerunds that enhance its candidacy for the title with just one game. Bold and not at all stingy as in past versions that betrayed the 'beautiful game', Tite has formed a compact group but with a clearly offensive vocation, and did so after breaking stone against a competitive Serbia but finally surrendered to the opponent's gale. But the first thing to do is talk about Neymar.

The star from Brazil began the pre-match warm-up with the brand of his headphones still drawn on his forehead. He had entered the facilities of the Lusail Stadium with a contraption equipped with huge gold-colored pads and with his initials covering his ears. He arrived at the locker room dancing, guided by the surround sound of a sambera soundtrack. Soccer, he came to say without words, is to be enjoyed, a position that is in the antipodes of the standard Argentine player, to give an example at hand, of a dramatic gesture before starting. The staging of the Brazilian was a sign. In the 13th minute he didn't score an Olympic goal because Savic was very alive. I was gamer And Brazil too.

Tite lined up Neymar at the start, obviously, but he placed three more forwards ahead: Vinícius on the left, Richarlison in the center and Raphinha on the right. A daring bet (bravo for Brazil) that Casemiro and Lucas Paquetá had to compensate as hyperactive bodyguards. In front was Serbia, made up of players of innate competitiveness who also do not lack quality. The striker Aleksandar Mitrovic is an idol in his country and Tadic continues to create danger at Ajax. In contention, tough guys with a paramilitary air: Gudelj in midfield, shaved Pavlovic on one of the sides... Serbia has not come to Qatar to have fun, it has come to fight.

Brazil's first shot, an Olympic attempt by Neymar apart, was signed by Casemiro from outside the area, as if telling the Serbs that tying up those in front would not be enough. Savic blocked. The Serbian goalkeeper again had work on a deep ball that Vinícius did not reach because a glove got in the way and, shortly after, he saved a tepid shot from Raphinha with Brazil increasingly creative, after a wonderful wall with Paquetá. He came into the break with the feeling of having seen a good first half despite the lack of goals. Very intense. Ask Neymar, who took a lot of hits and covered 5 and a half kilometers in 45 minutes. A lot for a midfielder.

At the restart the script continued on the same path, with Brazil dominating and attacking. With just a few seconds played, Raphinha tried, who did everything well in the game but got stuck in the finish, that is, she did not do so well. The toughness of the Serbs was accentuated, with a tackle from Gudelj of those inevitable (tactical fouls they are called now; a blunt mow of a lifetime to understand us) to stop Neymar on the balcony of the area when he slipped through like a rocket .

Brazil accentuated the approach, accusing Serbia and forcing it into a purely defensive exercise. Neymar was about to crack it with a shot with his left foot, after serving from a fast Vinícus, who went wide. Exhaustion led Stoikovic, his coach, to sit down an exhausted Gudelj with half an hour to go. Zivkovic entered in the relay. Brazil's response was insistence: a long shot to the post by left-back Alex Sandro. In Brazil practically everyone was already looking for the goal.

Richarlison finally materialized it, although the credit went more to Neymar, who was beating the Serbs until Vinícius connected a ball that Savic rejected but Richarlison sniffed around to shoot in the small area. The goal celebration was a spectacle. All the players, including the substitutes, went towards the corner forming a very descriptive dancing group: fun and unity.

But the best of the game was yet to come. And here Richarlison, until that moment little participatory and theoretical weak point of the attack (thank goodness), had all the merit in the world. He received a pass from the left at mid-height from Vinícius, controlled the ball and, through an aesthetic and devastating swing, burst the net. A great goal as the perfect ending to the first performance of a Brazil that reinforces his candidacy. His only concern is seeing Neymar retiring injured after spraining his right ankle, the severity of which will be known in the next 24 hours after medical studies. "We trust that he will be able to continue playing," Tite, the Brazilian coach, said after the news broke.