For the umpteenth time since the door was slammed in the summer of 2017, the name of Neymar flies over Barça's future plans. 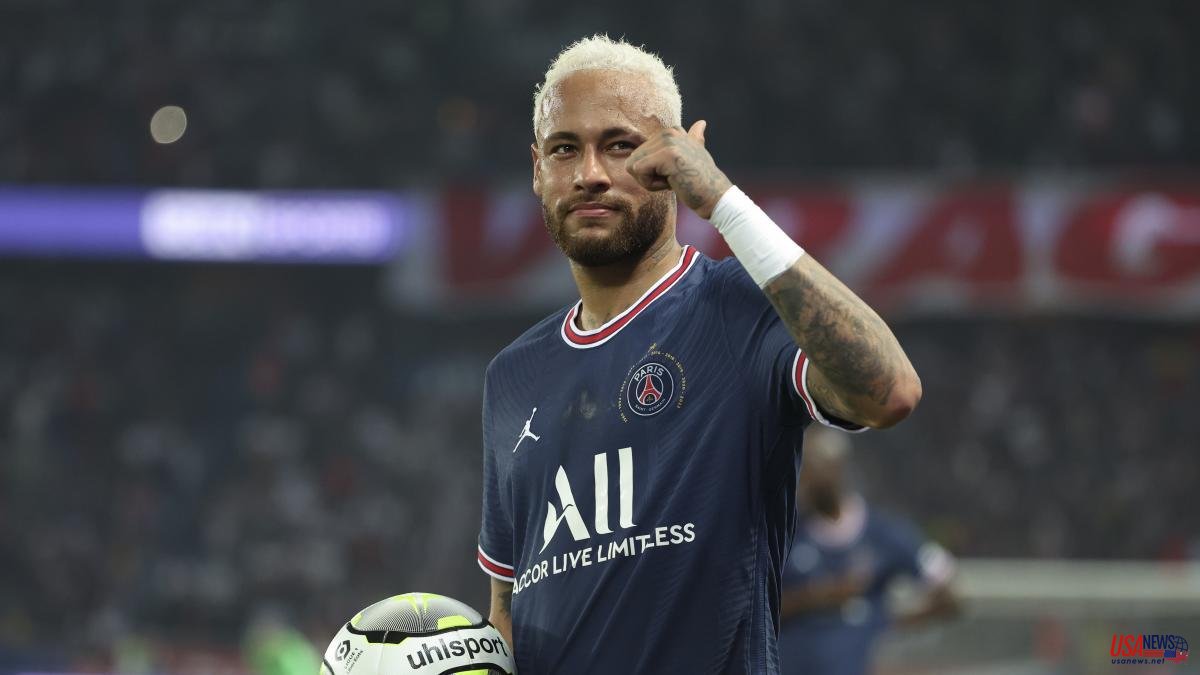 For the umpteenth time since the door was slammed in the summer of 2017, the name of Neymar flies over Barça's future plans. The Brazilian landed in Barcelona on Sunday, something usual due to the presence of his son in the Catalan capital, but his visit was enough for the Brazilian to sneak into Xavi Hernández's press conference after the match against Villarreal .

“I see it very difficult, he has a contract. You have to take stock and prioritize positions. I don't dislike Neymar, but we haven't talked”, the Barça coach fueled the rumors originating in France, where Le Parisien assured that PSG had put him on the market by direct order from Qatar after closing Mbappé's renewal.

Neymar has completed this year his fifth season in the French champion, the first in France with his friend Leo Messi, and despite this, he has once again fallen short of expectations, overshadowed by Mbappé, without a doubt the team's brightest star , especially after sealing its continuity until 2025.

To the doubts about his sports performance, he is joined by his continuous injuries, present since his arrival in Paris, and this course has not been less. This season he has missed 22 games due to physical problems and has been out for almost five months. His benefits in the field do not correspond to his salary, around 30 million annually.

Precisely his high salary may be one of the reasons why PSG has decided to dispense with his services. With the considerable salary increase for Mbappé and the already important emoluments that Messi receives, the Brazilian's record is practically impossible to fit in the eyes of financial fair play. However, thanks to the contracts with Qatar, for the moment PSG have avoided sanctions for breach of salary regulations.

Judging by Barça's battered coffers, Neymar's return seems like a utopia, especially since his contract ends in 2025 and his record is one of the highest in the world. However, president Joan Laporta acknowledged that shortly after his return to the club, in March 2021, when Barça was even worse than now, he tried to sign him before he extended his contract with him. parisian club

Previously, in the summer of 2019, the board chaired by Josep Maria Bartomeu, the same one that saw PSG pay its 222 million clause, was close to closing his return and staged it with several trips to Paris. To a greater or lesser extent, Neymar, unhappy in his first years in France, has always let himself be loved by Barça and the Barça entity has never closed the door on him. The summer of 2022 does not seem an exception.