The night of Three Kings Day was once again the great literary festival of the Destino publishing house, with the Nadal and Josep Pla awards, since in 1944 Carmen Laforet won the first with her novel Nada and in 1968 Terenci Moix was distinguished with the first Josep Pla for Onades on a deserted rock. 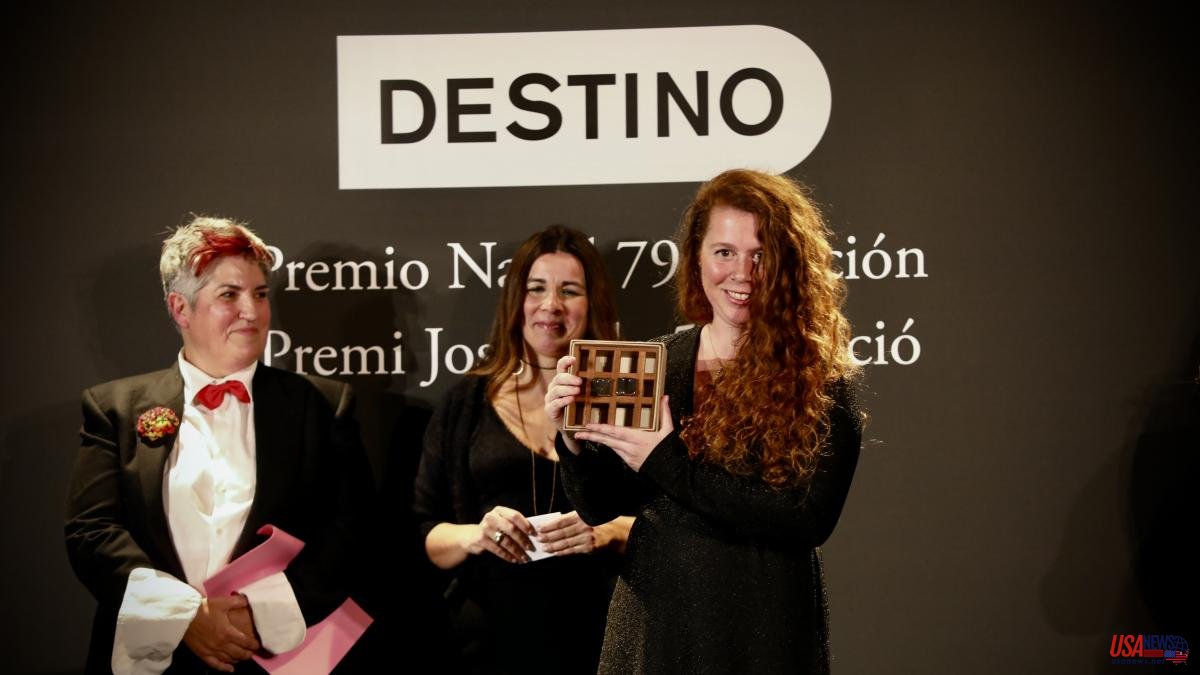 The night of Three Kings Day was once again the great literary festival of the Destino publishing house, with the Nadal and Josep Pla awards, since in 1944 Carmen Laforet won the first with her novel Nada and in 1968 Terenci Moix was distinguished with the first Josep Pla for Onades on a deserted rock. Yesterday, at the Palace hotel in Barcelona, ​​as is tradition, the winner of the 55th edition of Josep Pla was the writer and journalist Gemma Ventura Farré (El Vendrell, 1990), with La llei de l'hivern. This year, in addition, the awards ceremony was held again during a literary dinner that the pandemic had canceled until now.

Ventura had submitted to the award under the pseudonym Laura Vallclara and the provisional title When you open your eyes, you will appear, which Destino publishing house will publish on February 1st with what is now its definitive title, La llei de l'hivern.

“Today I can say that magic exists, that by writing I can make what does not exist appear,” Ventura assured after collecting the award, after the moment of uncertainty because he was slow to arrive on stage. Writing is trusting the one who goes four steps ahead of you and tells you, 'come here', and go”. After the usual thanks – “to those who have opened a window for me, and those who have taught me that instinct is important” –, he spoke of “love as a way of survival”, explaining that in the book a girl falls in love of a homeless person “perhaps to remind me that we are all passengers, that nothing belongs to us. What do we have left? What is not touched”. Perhaps, “there is another time that escapes from the calendars, that of memory”. "What is the measure of things? What is important is not what lasts longer, but what accompanies us more", to insist that it is necessary to accept that what comes sooner or later will go away, and that is why there are to live: "Winters have always existed and will exist, but there will never be another one like this one again."

The author had worked as a school teacher, but as a result of a writing course with the digital Catorze, directed by Eva Piquer, also a writer and journalist, she began to work in this medium, and it is there where she has mainly written interviews but also chronicles and fictional stories, and has also collaborated in other media, both written press and radio and television. And it is like that, of course, like yesterday she was not next to the press but on the other side: she was the news.

The author is closely linked to Penedès, and has also worked as a lyricist for songs –such as the anthem of the cultural capital El Vendrell 2020, or the new song for the Three Kings of Vilafranca, as well as a cantata for the elderly–.

But now it is not about a song, of course, although according to the jury – which included Laia Aguilar, Marc Artigau, Montse Barderi, Manuel Forcano and Glòria Gasch – his work is endowed with "an extraordinary lyricism" that has made it worthy of an award that this year has also increased the economic endowment, in this case from 6,000 to 10,000 euros.

The wake of a girl for her late grandfather is the starting point of the novel, and precisely wants to talk about the accompaniment offered to us in some way by people who are no longer here, thanks to the mixture of memory and imagination –? Could it be that deep down they are not so different?– to face loneliness. "The love that we make exist when we need it and the way in which we make up for each absence," says the editorial.

At the Josep Pla award, things change and stay the same. Let's remember that last year a journalist also received an award, Toni Cruanyes, although much more popular, agreed; and it was also a literary debut, but the author of it had already written other popular books and journalism, and La Vall de la Llum was not, after all, a work of fiction; and we can still add that last year the figure of a grandfather was the objective of the investigation, while this year it seems that this family figure is rather the origin of where everything comes from.

In this edition, 37 works from all over the Catalan language domain were presented and there was a diversity of genres, as the bases allow, since historical, fantastic, memorialistic and intimate narrative novels have coexisted, whether fictional or not. The other finalists were 8 days and seven nights, by Jordi Vilagut; Chalice of bitterness, by Jordi Capgròs (pseudonym), I give you, Fementida, a necklace as a pledge, by Catalina Navarro Puente, and Nikolai, by Astrid Johansson (pseudonym).