The woke culture is very fashionable. 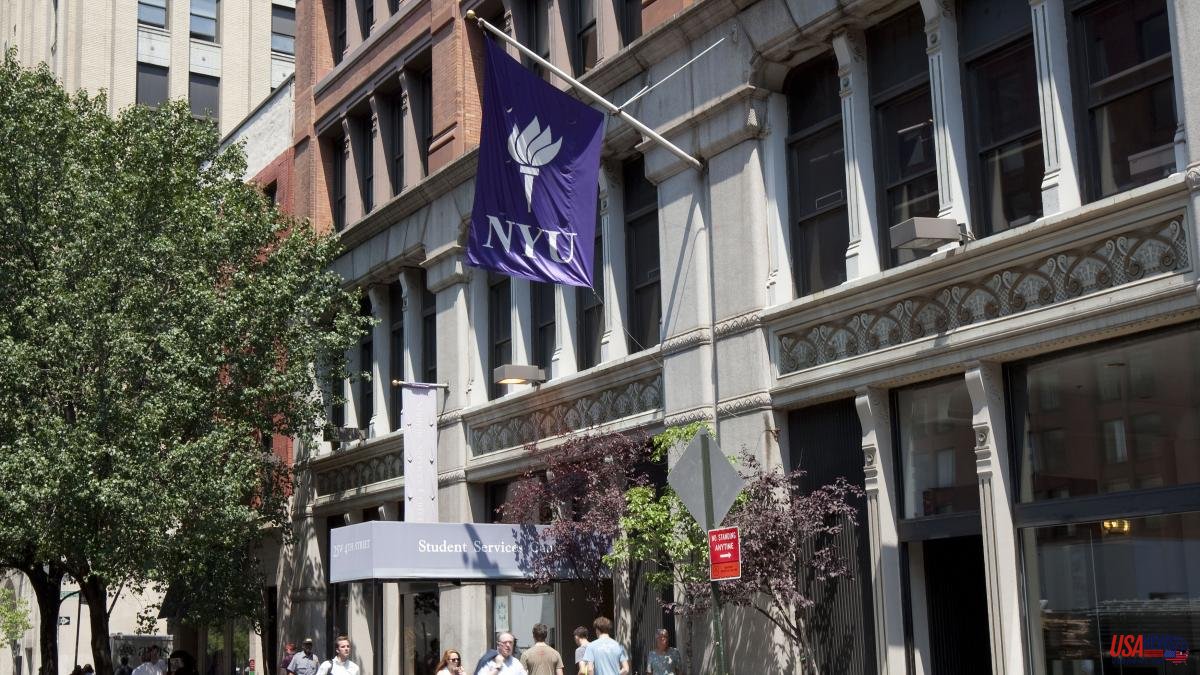 The woke culture is very fashionable. The same is true for a broken piece than for a torn one, as the grandmothers of another time used to say.

In the United States, for example, it is used by the right to denounce that progressives "cancel" whites who refuse to feel guilty for the original sin of slavery, what some call the American holocaust.

Those on the left make conservatives ugly by their censorious anxiety – they do not burn books, for now, but they ban them – of everything that smacks of criticism of their vision of (white) nationalism, of God or of the traditional concepts of what is masculine and what is female, where marriage is only mixed and girls play with girls.

But, of all that has been seen so far with the imposition of what is politically correct -depending on the side that claims it or denies it-, the case of the University of New York, the prestigious NYU, makes a difference and fulfills the dream of every student who claims to be the victim of the teacher's anger to excuse his bad grades.

The "has me mania" has become a kind of Fuenteovejuna in Manahattan against Maitland Jones jr., for decades a renowned teacher in the field of organic chemistry, first at Princeton and then at NYU, as well as author of books on influential text. He has even received awards for his style of teaching classes and the recognition of being one of the coolest professors (cool, cool) in those institutions.

All this collapsed this past spring, with the in-person return to campus, without pandemic restrictions, when 82 of his 350 students, less than a quarter, signed a petition reproaching him. According to The New York Times, this group of students pointed out that the demands of the course, known for destroying the dreams of many of accessing medical school, were too high and blamed Dr. Jones, 84, for the low grades of the.

The aforementioned defended his criteria in vain. Just as the fall semester began, the dean informed him that his contract had been terminated, equivalent to the "cancelled" term so in vogue today.

The victory of the students, who pay fees of around 80,000 dollars a year (dormitory included) and have the upper hand when university coffers have suffered so much with confinement, is even more devastating with other measures adopted to placate the anger. NYU offered to review their grades and allowed them to withdraw from that class retroactively.

The retaliation against the teacher took the very students who launched the online campaign by surprise. At no time did they request Jones's dismissal and did not even think it would be possible.

In the Times, Marc Walters, one of the heads of the Department of Chemistry, argued that this plan means extending "a kind but firm hand to the students and those who pay the tuition bill", referring to the parents who assume that investment. and who project their children's success onto themselves. Jones argued after his departure that the number of students who misread the exam questionnaire and who did not go to the classrooms, nor watch the videos, nor were able to answer the questions was amazing.

"We're not going to have good doctors if the unqualified are allowed to enter the race because the universities want to protect their places in the rankings," Alice Dreger, a bioethicist, tweeted.

Like her, NYU Chemistry faculty and other Jones students came to her defense, sending letters of support to Jones. Some of his colleagues lamented, in line with Dreger, that the university wants students to go on touting wonderful things about NYU, with which more people will enroll in its courses and rankings will stay high, which translates into higher income. The institution's spokesman justified the decision by "disdain and opacity" of the teacher.

There were colleagues who still added a fear. That this means lowering the level so as not to lose the job.