New York surrenders to its queen

Nothing like it had ever been seen in a night session of the US Open. 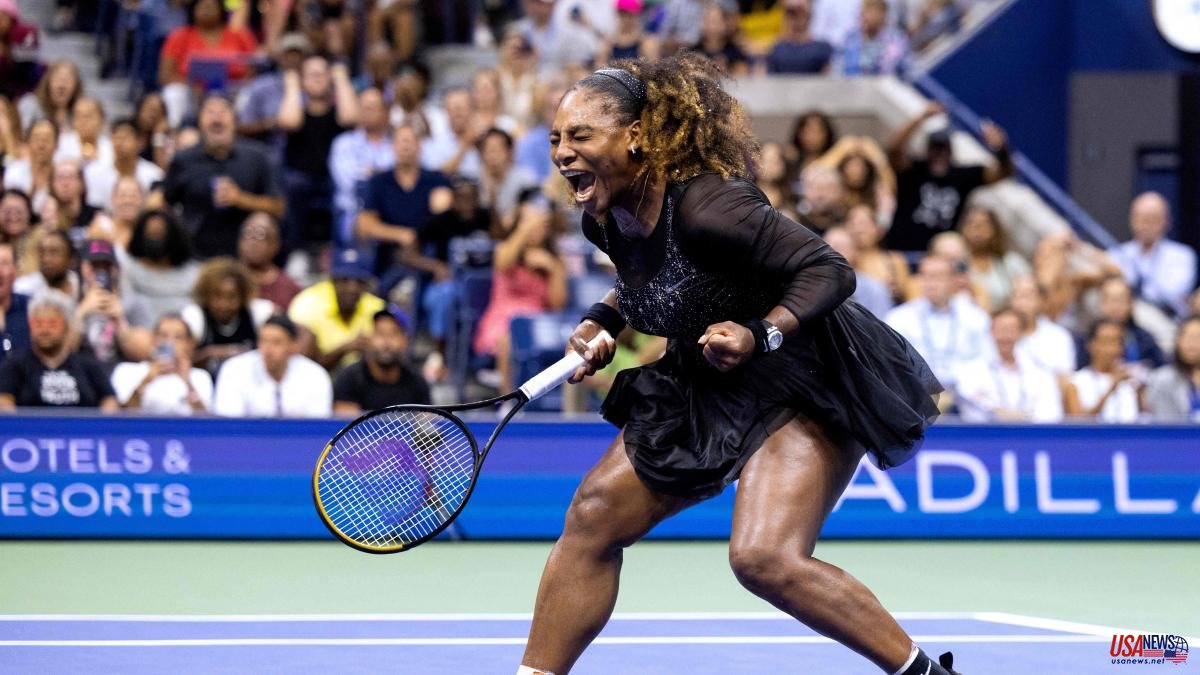 Nothing like it had ever been seen in a night session of the US Open. More than 29,400 spectators packed the venue to watch, some live in Ashe and others on the giant screens around it, what could have been Serena Williams' last singles match.

With her opponent, Danka Kovinic, already on court, and after a video of her best moments in the Open, Serena entered the court with a black and gold cape that floated behind her. The clamor of the public was overwhelming, receiving the queen from her with shouts and applause.

The veteran took off her cape and revealed the rest of her outfit: a black rhinestone jacket gave way to a black figure skating dress, with rhinestones on the torso forming stars and a skirt with six layers of tulle, one for each of the titles he has won in New York. Her matching sneakers had 400 hand-encrusted diamonds and a pure gold label on the laces. In her box, her daughter Olympia de Ella wore a dress just like hers and the same white-beaded braided hairstyle that Williams wore when she won her first US Open at age 17.

The party did not have much history. Concluding with Serena's triumph, all of Ashe gave another thunderous ovation.

And although Williams went to the second round, the organization decided to continue with its farewell tribute. The television Gayle King was the master of ceremonies. Billie Jean King recalled the first time she had seen Serena play, with a perfect serve already at 6 years old. Oprah Winfrey recorded a video message "on behalf of everyone", thanking her for what she has brought to tennis. As a last surprise, the public raised the cards that were under the seats to form the message "We Serena" (We love you Serena).

"I did not expect all this," said the champion. “When I stepped onto the court, the reception was overwhelming, so loud I could feel it in my chest. It was a great feeling. I will never forget her."

Williams added that he doesn't want to use the R-word (retirement). "I prefer to say 'evolution'. I am in a phase of my life where I am not retiring but evolving from tennis”.

At the moment, her individual career continues for at least one more match, against Anett Kontaveit. “Right now everything is a bonus for me. Each opponent is difficult and the next one even more so.”

Serena will also play doubles with her older sister, Venus. "I think it's very important for her to be a part of this," she explained. “She is my rock. I really want to play with her again.”