New Year's celebrations around the world, in pictures

Australia celebrated its first unrestricted New Year's Eve after two years of Covid disruptions, as the world began to say goodbye to a year marked for many by the war in Ukraine, economic tensions and the effects of global warming. 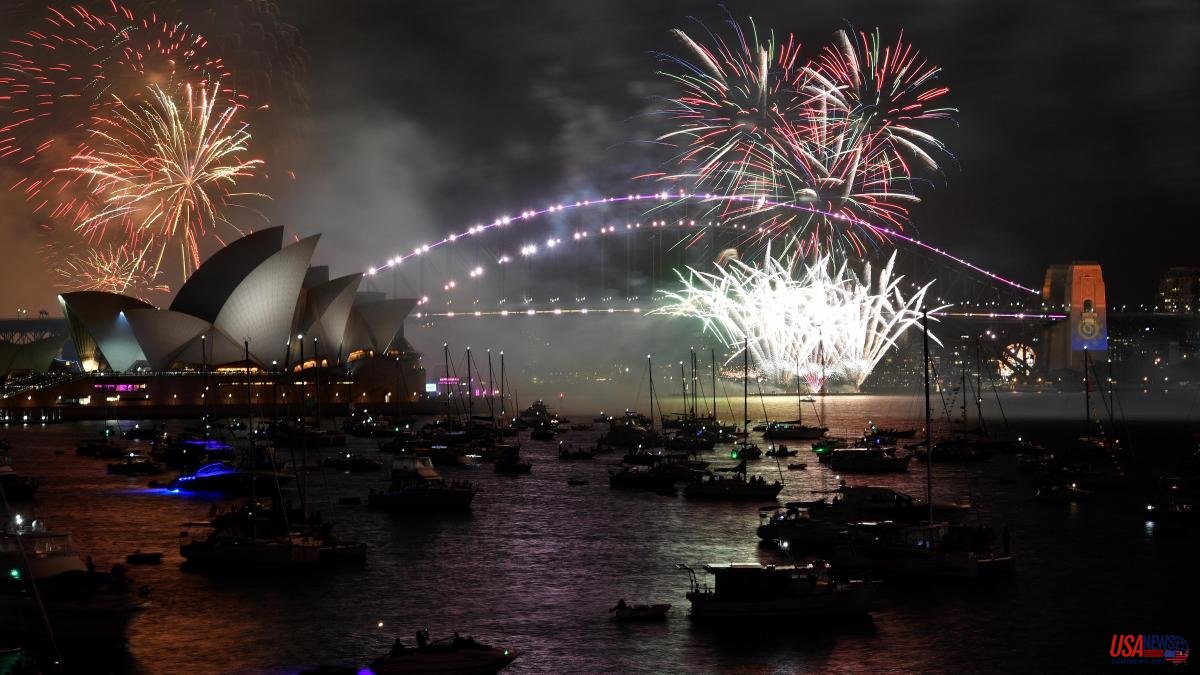 Australia celebrated its first unrestricted New Year's Eve after two years of Covid disruptions, as the world began to say goodbye to a year marked for many by the war in Ukraine, economic tensions and the effects of global warming.

Sydney, one of the first major cities in the world to ring in the New Year, did so with a dazzling fireworks display, featuring a rainbow cascade over the famous Harbor Bridge for the first time. "This New Year's Eve we say Sydney is back as we kick off the festivities around the world and bring in the New Year with a bang," Clover Moore, the city's mayor, said before the events.

Croatia enters 2023 debuting in the Schengen free movement area and launching the euro, two steps that it begins to celebrate this New Year's Eve after years of efforts to complete its process of full European integration. The Croatian Minister of the Interior, Davor Bozinovic, and his Slovenian counterpart, Sanja Ajanovic Hovnik, met at 24:00 local time (23:00 GMT) today at the Bregana-Obrezje border crossing, on the delimitation between the two countries.

In the Chinese city of Wuhan, where the pandemic began three years ago, tens of thousands of people gathered to celebrate amid a heavy security presence. Barricades were erected and hundreds of police and other security workers stood guard on the night of the first large-scale spontaneous gathering in the city since nationwide protests in late November, shortly after which the Chinese authorities all but abandoned the policy of ' zero covid'.

In Shanghai, many thronged the historic riverside promenade, the Bund. "We all traveled from Chengdu to celebrate in Shanghai," said Da Dai, a 28-year-old digital media executive traveling with two friends. "We've already had covid, so now we feel it's safe to enjoy ourselves," he added.

The Malaysian government canceled its New Year countdown and fireworks event at Dataran Merdeka in Kuala Lumpur after nationwide flooding displaced tens of thousands of people and a landslide killed 31 this month. . The country's famous Petronas Twin Towers said they would scale back their celebration without shows or fireworks.