Ukrainian authorities have reported this Saturday that new missile attacks and Russian bombardments have killed at least 16 more civilians. 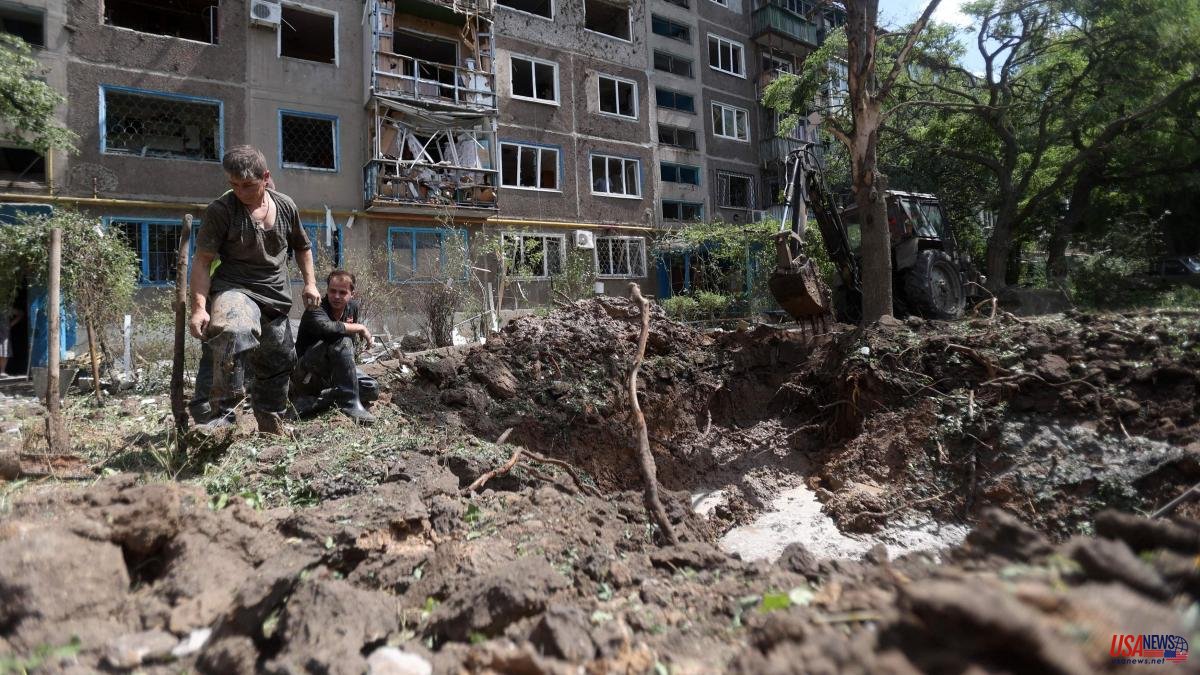 Ukrainian authorities have reported this Saturday that new missile attacks and Russian bombardments have killed at least 16 more civilians. The escalation of the Russian offensive comes after Russian Defense Minister Sergei Shoigu ordered increased military action "in all operational areas" to reduce the chances of the Ukrainian military launching massive rocket and artillery attacks on the civilian infrastructure and residents of settlements in the Donbass.

Russian troops have raided areas in the north, east and south of Ukraine. Kharkiv, Ukraine's second-largest city, has come under particularly heavy shelling in recent days, with Ukrainian officials and local commanders expressing fears that a second large-scale Russian assault on the northern city is looming.

At least three civilians were killed and three more wounded this Saturday in a Russian rocket attack that took place before dawn in the city of Chuhuiv, in northern Ukraine, near Kharkiv and just 120 kilometers from the Russian border. The rockets partially destroyed a two-story apartment building and hit a school and administration buildings. “The bodies of three people were found under the rubble. Three more were injured. The victims are civilians,” reported Serhiy Bolvinov, deputy chief of the Kharkiv regional police.

In the neighboring Sumi region, one civilian was killed and at least seven others were wounded after the Russians opened artillery and mortar fire on three towns and villages near the Russian border, according to Ukrainian authorities. In the besieged eastern region of Donetsk, seven civilians were killed and 14 wounded in the last 24 hours after suffering a score of attacks on cities that have left fifty buildings destroyed. In addition, two people lost their lives and a woman was hospitalized after the impact of Russian rockets in the eastern riverside city of Nikopol.

However, this week's deadliest attack occurred on Thursday, when Russian missiles killed at least 23 people, including three children, and wounded more than 200 in the city of Vinnytsia, in western central Ukraine and far from the front line (further east).

Russia's military campaign has focused on the Donbass, which includes the Donetsk and Luhansk regions, but Russian forces have also been hitting other parts of the country in a relentless drive to wrest territory from Ukraine and crush the morale of its leaders. troops and civilians.