New looks at recent past

With a literary autumn marked by the imminent Setmana del Llibre in Català, on September 9, the novelties arrive like an avalanche. 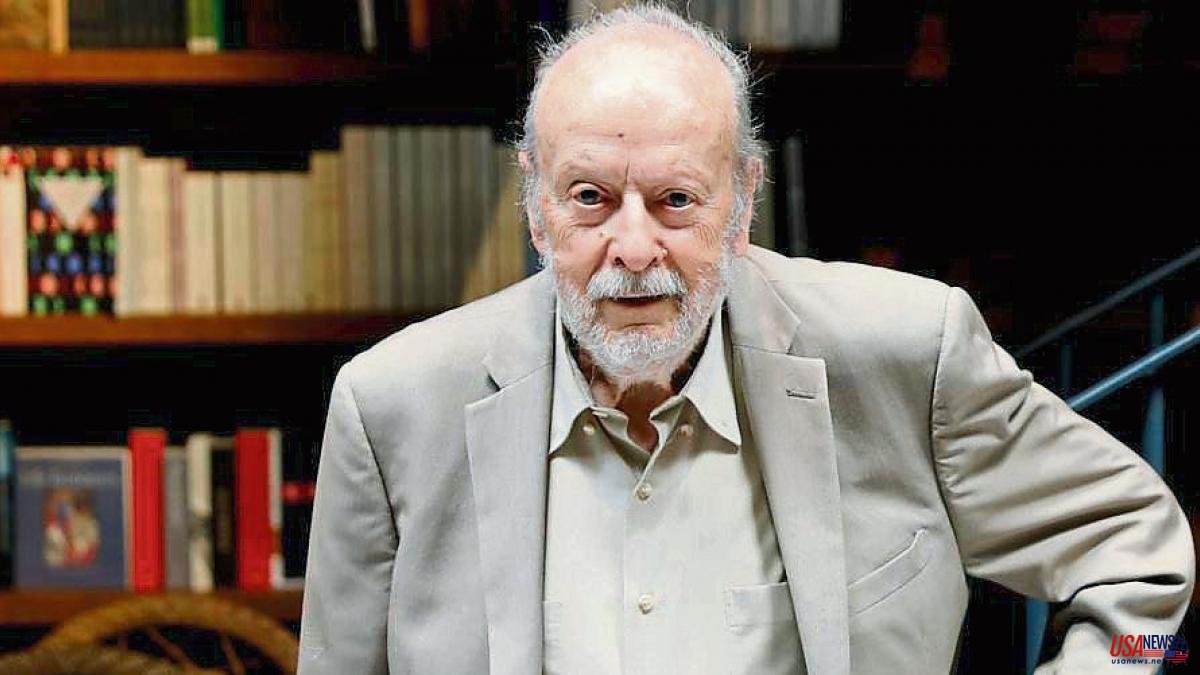 With a literary autumn marked by the imminent Setmana del Llibre in Català, on September 9, the novelties arrive like an avalanche. There is something for all tastes, but this year they highlight a certain look at the relatively recent past by both established and emerging authors, with names like Maria Barbal, Eduard Márquez or Sebastià Portell.

Now, one of the most far-reaching bets is that of the Comanegra publishing house by Manuel de Pedrolo (1918-1990), since it will not only reissue the eleven novels that the author wrote in his Temps obert cycle, but will also begin the publication of the books that eight contemporary authors will add, two each, starting with Núria Cadenes and Joaquim Carbó. A cycle of autonomous novels that speculates on the possible lives of its protagonist, Daniel Bastida, after a fascist bombing in Barcelona in 1938. Although Pedrolo's first nine novels will be published in digital format next year – explaining the Francoist censorship to which were submitted–, Cartes a Jones Street i 'Conjectures' by Daniel Bastida will be released on paper on September 7th, in a single volume, and those by Cadenes and Carbó will hit bookstores on the 14th of the same month. And so on, up to a total of 27 works, with other authors such as Borja Bagunyà or Teresa Colom..

She also looks back at the new novel by Maria Barbal (Tremp, 1949), Al llac (Columna, August 31), in which the author recalls the Sunday baths in the Sant Antoni reservoir, next to Tremp, during the sixties in a choral and growth novel.

Another writer of the same generation, Ramon Solsona (Barcelona, ​​1950), narrates in Temps enrere (Proa, September 7) the life of a couple from Catalonia at the end of the 1940s to the present, but from the present backwards and going through economic emigration in Germany and the wine revolution in Priorat.

And if the previous two novels are full fiction, Jordi Coca (Barcelona, ​​1947) pays tribute to his late cat, Núvol, to whom he dedicates a novel with a foot to self-fiction in which the animal's life runs parallel to the ups and downs of the protagonist in the imaginary Pueblo Empordà de Tirós in The Last Day (Editions 62, September 7).

From unexpected love to a domestic animal narrated by a human, in the comedy narrated by a dog looking for a human to take care of it, the proposal by Max Besora (Barcelona, ​​1980) in La veu del seu amo (Males Herbes, 7 September). Canine adventures in an animalistic key and with an innovative will with a trademark sense of humor.

Eduard Márquez (Barcelona, ​​1960) closes a parenthesis of eleven years without publishing a new work with 1969, (L'Altra, November 2, in Spanish in Navona), in which he narrates the beginning of the Franco dictatorship in Barcelona with a great variety of voices and languages.

Anna Manso (Barcelona, ​​1969), like Márquez, author of children's and youth literature, publishes her first novel for adults, Un cor de neu (La Magrana, September 8). In the book, Manso deals with sexual abuse, but from the wound they leave and the difficulties of relating that they pose to the protagonist of it.

Maria de la Pau Janer (Palma, 1966) also returns after a time without publication –in her case since 2015–, now with Tots els noms d'Helena (Columna, September 7). In the book she revisits the Homeric Iliad stopping at the female protagonists starting with an actress who has to play Helen of Troy in a movie.

Carme Riera (Palma, 1948) takes up the myth of the mermaid from a current perspective in The peace of happy dreams (Edicions 62, 16 November).

A few months after resigning from directing the Ramon Llull Institute, in a step that he explained as necessary for his writing, Francesc Serés (Zaidín, 1972) inserted his new novel, La mentida mes bonica (Proa, 5 de October).

Simenon-style police officer Joan-Daniel Bezsonoff (Perpignan, 1963) presents El diable es va aturar a Orà (Empúries, October 11), with a bon vivant and passionate commissioner of Valencian origin who investigates murders in 1954 in Oran when many considered the Algerian city the fifth city in France.

Sebastià Portell (Ses Salines, Mallorca, 1992) recovers in Les altures (Empúries, 7 de septiembre) the life of Ismael Smith, a Catalan artist who went from a shining promise of the noucentism to being banished. The writer portrays in a choral manner the trajectory of a queer and genuine artist from Barcelona at the end of the 19th century to New York in 1972, where he died.

Arià Paco (Igualada, 1993) draws a generational novel in Covarda, vella, tan savage (Amsterdam, September 5), Roc Boronat prize. The dynamics of a group of young people who have made their lives outside and come back.

There is also room for promising debuts, such as those of Helena Guilera Recoder (L’escuma, Periscopi, September 5) or Anna Molina (Anècdotes de primera magnitud, La Magrana, September 1). And for essential recoveries, such as Mister Evasion by Blai Bonet without censorship (Club Editor, September 6).