New gap in the Government for an item of 1,000 million for Defense

Podemos' position on defense policy collides head-on with the Prime Minister's commitment to progressively increase defense spending to 12,000 million euros in 2029 – more than 1,500 million per year. 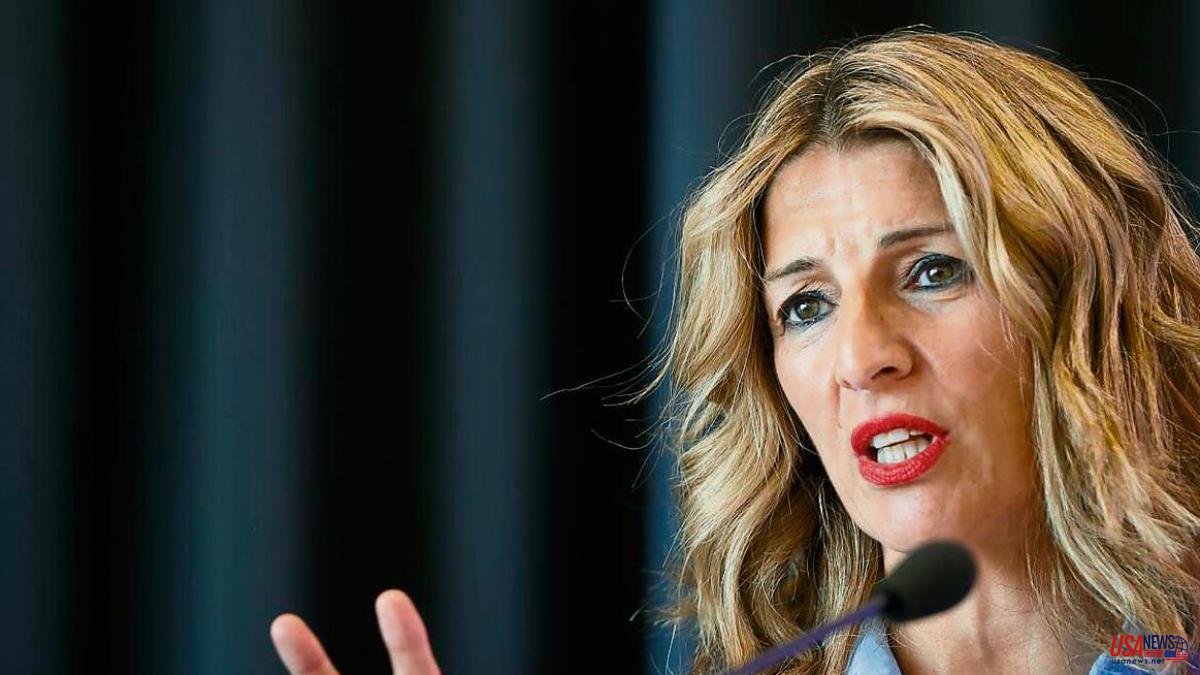 Podemos' position on defense policy collides head-on with the Prime Minister's commitment to progressively increase defense spending to 12,000 million euros in 2029 – more than 1,500 million per year. For this reason, each step that is taken from the Moncloa to comply with that agreement between Spain and NATO brings out the disagreements. The latest, the approval today, in the Council of Ministers, of a loan of 1,000 million for the ministry headed by Margarita Robles, linked to contingency funds, and therefore should not go through Congress for approval.

The purpose of the Executive, advanced by El País, supposes the increase, in one fell swoop, of 10% of the Defense budget, which in 2021 reached 9,412 million euros (0.78% of GDP). And he had the quick response of the second vice president, Yolanda Díaz, who lamented in the first place that the measure had not had the prior consultation of the purple space and, then, that this amount is to be allocated to "ordinary spending" of Defense and to "armament".

"The forms in politics are very important and in matters of such sensitivity it must be taken in an appropriate way, with respect for the allies and democratic respect for the Cortes Generales," he reproached.

From Moncloa they replied last night stating that "all the ministerial departments were informed of the proposal at the meeting of the General Commission of Secretaries of State and Undersecretaries that was held last week", the government commission in which the two souls of the Executive and that sets the agenda of matters that are approved by the Council of Ministers. La Moncloa also recalls that said proposal "was studied and validated without any demonstration against it". The Moncloa statement also highlights that the President of the Government "has been clear and diaphanous" in relation to the European commitment to achieve the military spending target of 2% of GDP in 2029.

The measure that the Council of Ministers will approve fell like a jug of cold water in the purple space, which precisely yesterday set the objectives of its political formation for the 2023 budgets before the State Citizen Council (CCE) of Podemos. Minister Ione Belarra, general secretary of the party, reaffirmed in her speech the positions of the formation in recent weeks: opposition to the increase in military spending announced by Pedro Sánchez at the NATO summit and, above all, commitment to convergent taxation with the EU. And those will be the workhorses of Podemos in the budget negotiations that will start after the summer.

Belarra spoke clearly before the CCE, yes, without drawing red lines or inalienable conditions for the negotiation. His speech, which reaffirmed Podemos' commitment to the coalition government, did not seek to challenge the socialists but to anticipate the ideas with which the purples will come to the negotiation. Focusing on improving State revenues, through extraordinary taxes on large companies, especially energy companies, and calling for an ambitious tax reform that taxes at least 15% all the profits of large companies. He also, again, a tax on large fortunes.

All these measures "are very different from the approach of doubling Spain's military spending, which is already at record levels," Belarra stressed in the final section of his speech. “Spain is not at war” and “what the people of our country need is not to buy bombs and combat planes, it is to use the resources and wealth that we all produce to protect ourselves from the economic impact of this situation, to maintain our conditions of life and avoid massive impoverishment.

Belarra diagnoses that the coalition government is going through the "most delicate" situation of the legislature -although he did not refer to the polls that certify this situation-, after facing the impact of the pandemic. And, to get out of the mess, he prescribes "reorienting the course and recovering the rhythm". In this sense, the general secretary of Podemos understands that she urgently needs to carry out some of the structural commitments of the legislature, and, in addition to the fiscal reform, she alluded to two: the repeal of the gag law and the approval of the Housing Law .