New banner from Laporta to Madrid:

Joan Laporta has done it again. 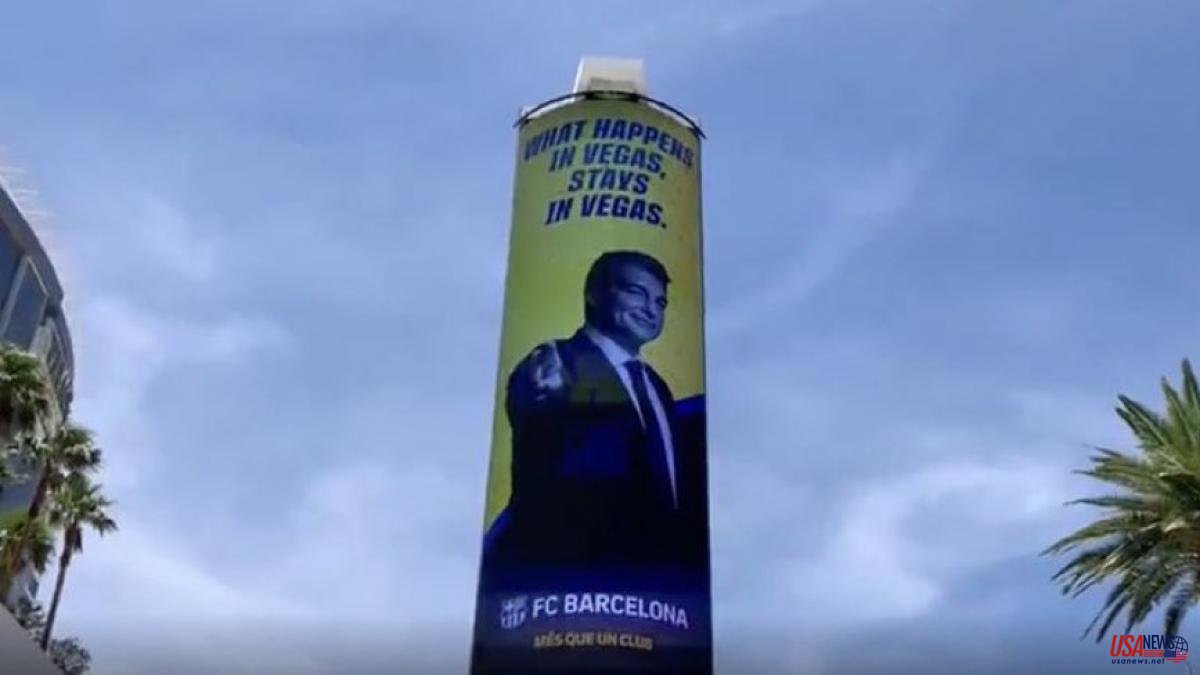 Joan Laporta has done it again. The Barça president has repeated the formula that he used in the electoral campaign, when he addressed Real Madrid with a giant banner with the already famous slogan "wanting to see you again". If on that occasion he was a few meters from the Santiago Bernabeu stadium, now he has taken advantage of Barça's stay in Las Vegas to send another message to the "merengues".

"But don't worry, meringues. What happens in Las Vegas stays in Las Vegas", can be read on a large, bright and dynamic poster, with the image of Laporta, which rises in the middle of the city of Nevada and where Barça's values ​​are also highlighted: "Commitment, respect, effort and integration. We are Barça".

The message addressed to the eternal rival, which is a common phrase to refer to the 'city of sin', arrives in advance of the friendly match that will pit Barça against the Whites at the Allegiant Stadium in the early hours of Saturday to Sunday. This is the second classic that is played in the United States after the one played in Miami in the summer of 2017, which ended with a victory for the culé (3-2).

The first banner with a message to Madrid, released in December 2020 at Paseo de la Habana number 15 in the Spanish capital, caused a great impact during the electoral campaign, initially a boost so that Laporta would finally end up winning the elections with a comfortable vote. advantage in March 2021.

The text showed a challenging message to Madrid that was based on the past triumphs of the Blaugrana team in the white fiefdom during Laporta's previous stage in the presidency of the club, including 2-6 in 2009. The banner in Las Vegas continues the same trend, again defiant against the Madrid team.

In the same way as with the canvas at the Bernabeu, the banner in Las Vegas has not left anyone indifferent and has caused a stir on the networks. Despite Barça's win in last season's league classic in Madrid, the daring message a few meters from the Bernabeu was not accompanied by success on the part of the Catalan team and, instead, Ancelotti's team was champion of the League and the Champions League. Barça and Laporta repeat a similar ordeal a few weeks before the start of the official season.