Networks shame Republicans who charge from the gun lobby

To understand politics in capitalist economy societies, it is always convenient to follow the trail of money. 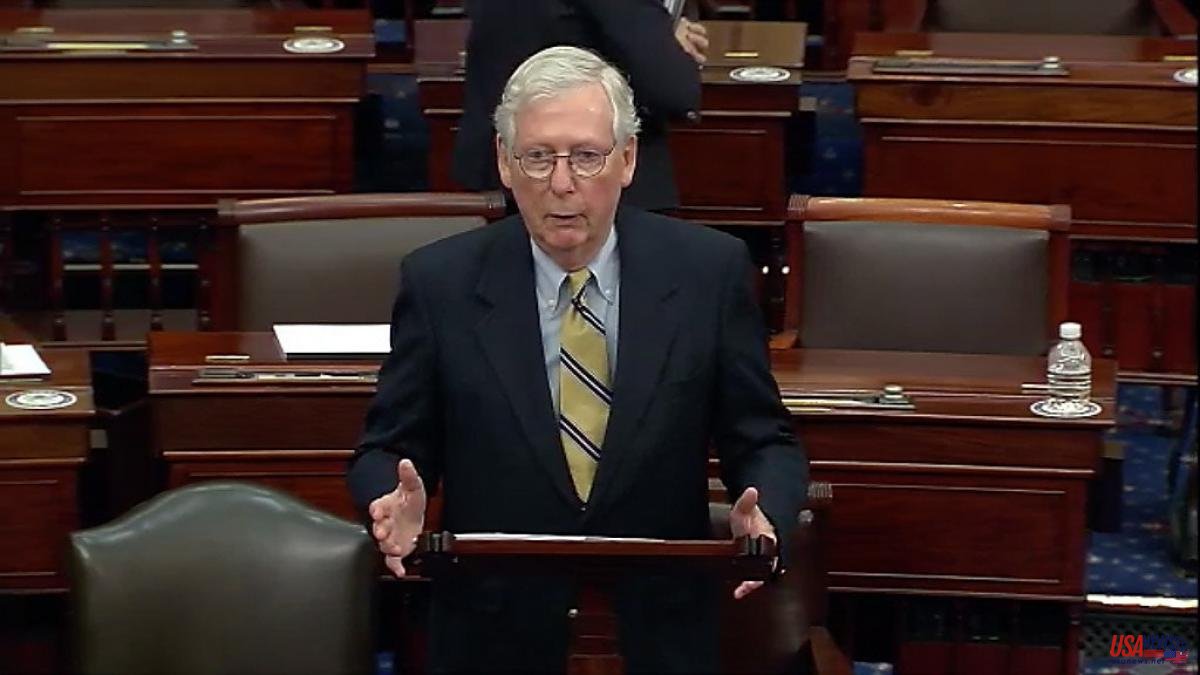 To understand politics in capitalist economy societies, it is always convenient to follow the trail of money. In the United States, more. The convictions about the right to self-defense and the historical roots of the Second Amendment on the right to keep and bear arms are not the only explanation for the determination of the Republicans, and some Democrats, in the refusal to control the sale of guns, rifles and shotguns.

The publication of the economic contributions that the senators of the United States have received from the arms lobby to finance their electoral campaigns is making many of them suffer on social networks.

The website of the Brady Association Against Violence publishes a list of the parliamentarians of the Lower House who received the most money from the National Rifle Association (NRA) until 2019. Among them are not a few Republican parliamentarians who in their accounts of Twitter expressed their pain and condolences to the families of the victims of the massacre in Texas.

Countless netizens used the data from the anti-violence organization to launch devastating responses to the messages of regret from these senators, mentioning the money they have collected from the NRA for their political promotion.

House Republican leader Mitch McConnell, for example, declared himself "horrified and heartbroken by the news of the disgusting violence directed at innocent schoolchildren in Uvalde, Texas." Well, insults aside for his persistent rejection of firearms control, there were not a few tweeters who reminded him of the charges for 1,267,139 dollars that he received from what is considered the main pressure group of the manufacturers of weapons.

The producer of the Amazon series Yearly Departed and writer of the bestselling Nobody Will Tell You This But Me, Bess Kalb, used Brady's data to reply to the prayers and expressions of solidarity of several of the senators. She did so by simply quoting on her messages the amount allocated to each of them by the aforementioned lobbyist.

Thus, next to the reproduction of McConnell's prayers, the author wrote: "$1,267,139 from the NRA"; Next to the tweet of her partner and former presidential candidate Mitt Romney, for whom "sorrow overwhelms the soul" for the "massacred children and extinguished lives" in Uvalde, Kalb wrote: "$ 13,647,676 from the NRA" ; and to Ted Cruz, who had written that he and his wife Heidi were "fervently raising a prayer to the children and families in the horrific Uvalde shooting," he wrote: "$311,151 from the gun lobby."

The popular sports journalist Jemele Hill, a contributor to The Atlantic magazine and also very active in networks to denounce the arms business, used a screenshot to embarrass Romney. She and she added, "Bereavement doesn't overwhelm the soul as much as $13 million from the NRA overwhelms your bank account."

To fellow conservative Senator Marco Rubio, the Lutheran pastor and successful writer Nadia Bolz-Weber dedicated several messages to his statement on Twitter that "the horrible tragedy in Texas should prompt Congress to act on proposals that can be approved and really mark the difference, like our bipartisan Luke Safe Schools Act

There are hundreds or thousands of tweets of all kinds and tonality against politicians who refuse to control guns in the United States. The ones collected here are some of the softest.