Neither signings, nor departures... nor De Tomás

The deliberately sought tranquility in Marbella meant that for almost a month both the sporting situation of the team and, in particular, that of Raúl de Tomás remained in limbo. 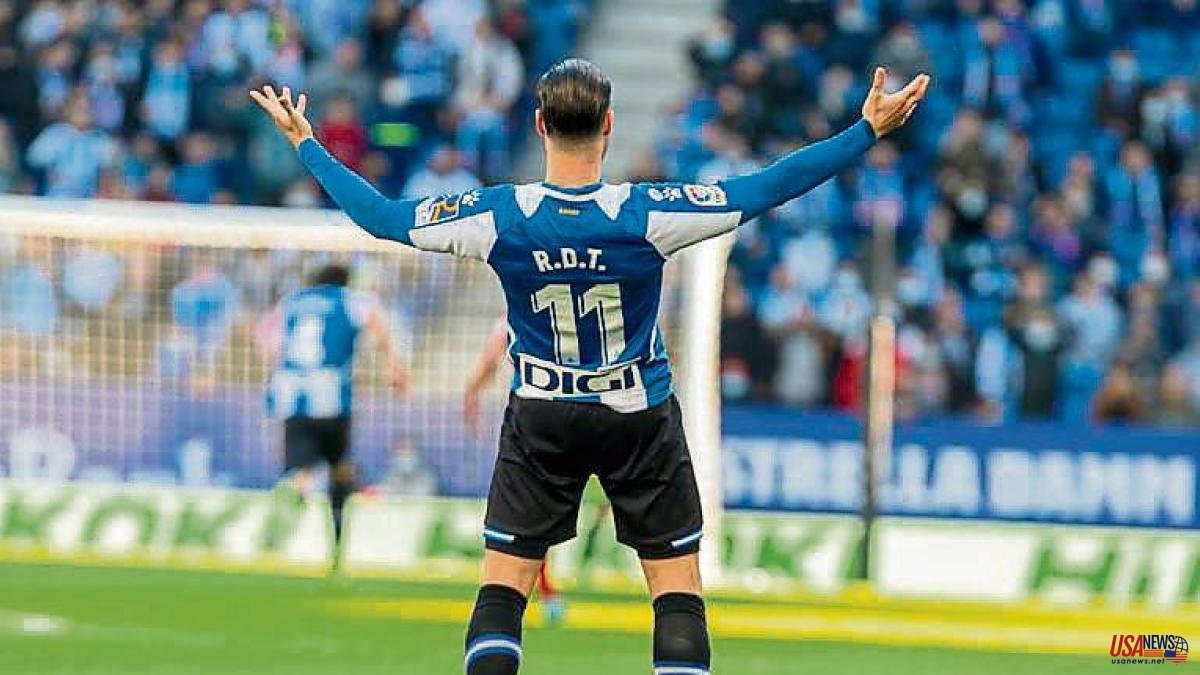 The deliberately sought tranquility in Marbella meant that for almost a month both the sporting situation of the team and, in particular, that of Raúl de Tomás remained in limbo. It was evident that, within the logic of the summer market, reinforcements were lacking, but few could expect that the relationship between the club and the player from Madrid would be so affected. The game against Brighton, in which Espanyol lost 5-1, has blown up the club's strategy and has turned the situation into a very negative one for parakeet interests.

The player did not travel to English lands, in fact Diego Martínez gave him free until tomorrow, Tuesday. An inconsistency according to the words of Domingo Catoira, sports director of the club, on the lawn of the Amex Stadium, who almost by way of excuse demanded the footballer get back in shape as soon as possible to be available for his coach, with whom he has not yet played a single minute this preseason. The following was a huge disaster in football.

A warning to sailors that shouldn't be so worrying if it weren't for the fact that the chapter on casualties continues to be stuck, this conditions the possible arrivals and without the commitment of Raúl de Tomás the clouds are getting darker.

The official version of the club says that the Madrid footballer is not at the same pace as his teammates. But in the background of the non-call is a disagreement between Diego Martínez and Raúl de Tomas revealed by Joan Camí in RAC1. The entity supports the coach, who defends that the group prevails over individualities, for being the main piece of the new project. The situation is more negative if you take into account that Catoira assured that there are still no offers for the striker.

Meanwhile, the club is working to release six more footballers, apart from De Tomás, who would join the 12 who have already left: Yangel Herrera, Loren and Morlanes returned to their clubs of origin, Diego López, David López, Dídac Vilà, Melendo, Fran Mérida and Oier ended their contract and Víctor Gómez, Vadillo and Miguelón left on loan. Wu Lei is the only one with a clear destination and in the next few days his departure to Shanghai SIPG should be announced. El Monito Vargas, with interest from Turkey, Dimata, Vilhena, for which the club paid 2.5 million this summer, Embarba and Aleix Vidal still cannot find a way out.

Diego Martínez has so far had 15 first team players and has completed the calls with up to eight homegrown players. With two weeks to go until the start of the League, the main needs are in midfield and on the wings, but the club is also looking for a central defender, a striker and the arrival of another goalkeeper is not ruled out to loan out Joan García. Too much homework to do and too little time to do it.