His name will forever be associated with his work as a writer, with titles like Coraline, adapted as a stop motion animated film, Stardust. 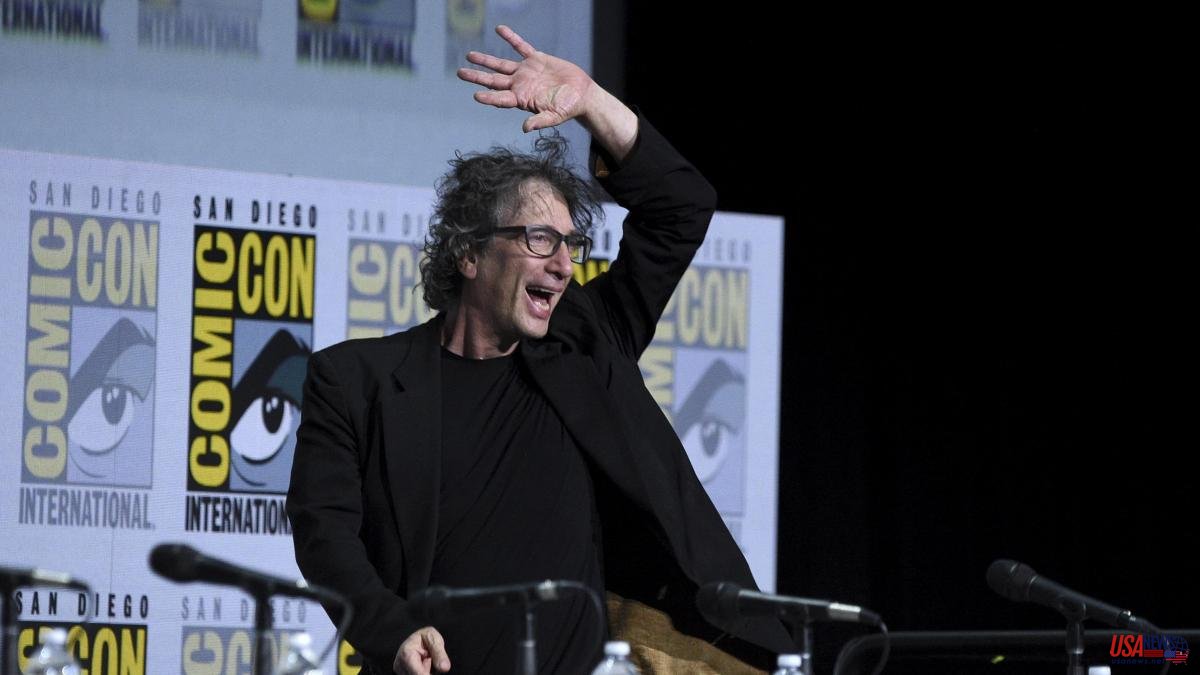 His name will forever be associated with his work as a writer, with titles like Coraline, adapted as a stop motion animated film, Stardust. But if there's one thing Neil Gaiman can say at 61, it's that he's tried it all. He has been a journalist, interviewer, actor, critic and has also been very successful as a comic writer. His first success was in 1989, when he received from DC Comics the commission to give new life to The Sandman, a fantastic story that he completely recycled, creating comics that over time became classics. But in addition, Gaiman is often involved in the film and television adaptations of his novels, and in the case of The Sandman he is one of the creators, along with David S. Goyer and Allan Seinberg, of the miniseries that has just arrived on Netflix. The story inscribed in the fantasy genre stars Tom Sturridge alongside Boyd Holbrook, Gwendoline Christie, Jenna Coleman, Joely Richardson, Stephen Fry and Charles Dance.

Why is The Sandman still relevant today, more than three decades after the first edition of the comics?

The story works because Neil Gaiman as a young man had some idea of ​​what he was doing and was desperate to tell a story that would last. He was just as desperate to get a comic printed every month as this was what he wanted to do for his whole life. Therefore, that comic had everything that I adored and cared about, but at the same time he was willing for it to be something different. I think what makes it very unusual is that The Sandman is not just one thing, but also grows and changes. If you like a part of The Sandman, maybe you won't like what follows, but I don't doubt that you will like what comes after. And that is the reason why three decades later The Sandman is still alive. People still care about this story.

How was it to see all the actors bringing their characters to life?

Wonderful in many ways. Sometimes because it was exactly what I've always had in my head, as is the case with Tom as Morpheus. Once you see him on screen, you realize that he is the same character from the comics. And although no one has ever heard him speak or seen him move, everything about him is very natural.

How complex was it to find the cast?

We have a great casting director, Lucinda Syson, who I had worked with before on Stardust. Honestly the process was different with each actor. Tom was the first one we invited. Lucinda sent us four audition videos and he was obviously the best. We kept seeing people but after seeing 5,000 or 6,000 actors, Tom remained at the top of our list. He is the one who convinced us the most.

We asked her if she wanted to be in The Sandman and she said yes and that she wanted to play Lucifer. It was that simple. Finding Jenna Coleman for the role of Johanna Constantine was more complicated. We auditioned a good number of actresses and nobody convinced us. Since I had worked with her on Doctor Who, I proposed her name, she auditioned and stayed. Mason Alexander Park contacted me on Twitter, asking if we had cast someone on Wish and who my casting director was. It seemed to me a very professional question and I investigated who he was. I liked what she did and we chose her.

How did you make The Sandman in the comics an ambitious and intimate story at the same time?

Simply because it's like 3,000 pages of comics. With that extension you build an epic, whether that is your original intention or not. Also, when I was writing those scripts my ambition was to touch on huge ideas, shocking beings and portray them over long periods of time. But the only way you can get someone to care about that kind of thing is to get them to identify with what's going on with the characters from a human point of view. Tom's ambitious story as Morpheus would be a lot less interesting without a Rose Walker or a Johanna Constantine. That's why what happens to them and how they influence him is what drives the first season.